You don't have to dump your older devices once you get a shiny new replacement. Repurpose them. 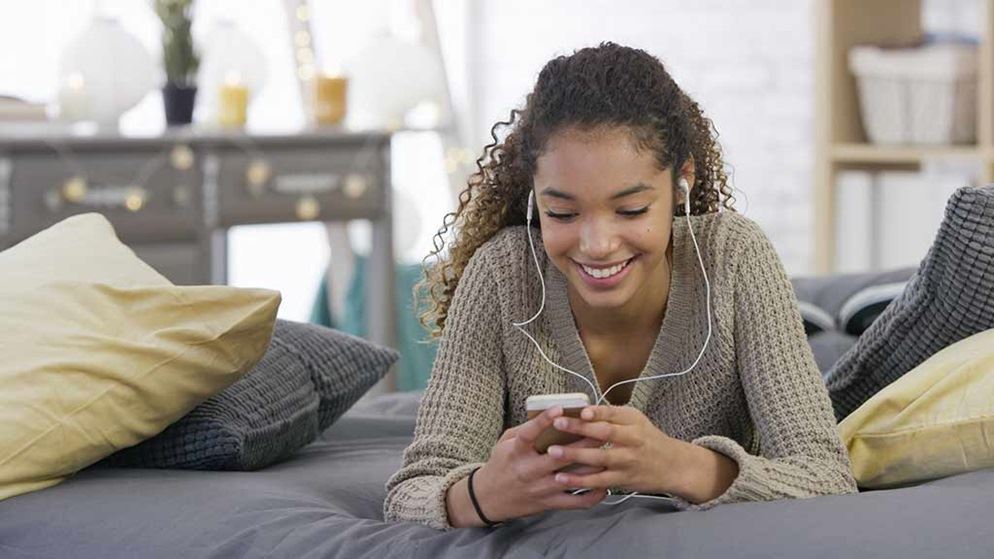 No matter how long you hang onto your computers and gadgets, eventually they'll need to be replaced. But you don't have to chuck your old tech in the bin – with a little imagination, there are many other uses for older smartphones and computers.

Want to get your hands on something new? Our smartphone reviews and tablet reviews will show you the best models on the market.

An older smartphone can be repurposed as a digital music player, which can save storage and help preserve the battery life of the phone you're currently using. If you prefer streaming music, throw in a cheap, data-heavy prepaid SIM and stream songs without worrying about going over your limit – or use the device as a Wi-Fi hotspot in your car and on the road.

If you have an old Android device with an IR blaster (infrared wireless controller), it can make a fantastic universal remote. Using a free app such as Sure, Peel, or Anymote, you can set up your smartphone to control your TV, media centre, soundbar, even the lights in your home, all from the one app.

Tip: If your smartphone doesn't have an IR blaster you can still use it as a remote for Wi-Fi connected devices, including smart TVs and smart lights, Chromecasts, and if you have an iPhone, the Apple TV.

Boinc is an open source project from the University of Berkeley that uses the processing power of volunteers' smartphones and computers to solve complex tasks, or sift through enormous amounts of data. SETI@Home is one famous example, which uses a distributed network of devices to look for signs of alien life. Boinc is available for Android devices, as well as computers.

Closer to home, the Garvan Institute has recently launched DreamLab, available for iOS and Android, which uses your smartphone to crunch through cancer research. Both apps can be installed on your current device to work overnight while connected to a charger, or on your older phone currently sitting in a drawer somewhere.

Repurpose an old iPad or tablet as a family calendar and message board in the kitchen. Sync the family calendars, tasks, and to-do lists so everyone knows whose turn it is to take out the garbage, and who's busy this Sunday. Use the iPad as a digital cookbook, and a quick way to add groceries to synced shopping lists, or use it to play podcasts and stream music while doing the dishes.

If you're concerned about your child's screen time, you can still hand down an iPad or phone to them, as long as you set up parental restrictions first (Settings app -> General -> Restrictions). Android and iOS both have excellent parental controls built in, allowing you to set restrictions on website content, apps and the amount of time the device can be used each day. Set up a family plan on the Google Play or Apple App Store, and you'll also be able to approve any purchases your child wants to make from your phone.

An iPhone or Android phone can be turned into a streaming security camera, thanks to apps such as IP Cam. You don't need a phone SIM, just connect to your home Wi-Fi network. Most apps allow you to stream footage to another smartphone, and save footage to cloud services such as Dropbox. Some even support motion tracking, so you can get alerts if someone walks by the camera.

If you have an older computer that is slowing down and becoming unusable for day-to-day tasks, you can breathe new life into it with some relatively cheap upgrades. If you want to continue to use an old Mac or PC, check the processor inside. If the computer has an Intel Pentium or Core 2 Duo processor, it may be time to retire and recycle it.

If the processor is an Intel Core i3 or better, Intel's processors from around 2010 are still good enough for general tasks such as web browsing, email and word processing. If your PC feels slow, it's probably due to older software and two main hardware factors being RAM and the internal storage drive.

Replacing the internal spinning hard drive in an older PC with an SSD can speed up your computer dramatically compared to a conventional hard disk drive. Upgrading the drive in a PC or laptop can be fairly easy, thanks to modern SATA connections. There's one big connector, and it only fits one way – just pay close attention to the tiny screws you remove if upgrading the hard drive in a laptop. You may want to have your local PC shop do this for you.

Next comes the RAM – think of this as determining the amount of tasks your computer can run at any one time. Complex websites and browsers can eat up lots of RAM. The good news is that RAM for older PCs is relatively cheap. Just make sure you check the RAM type you need – modules look similar, but vary in speed and connectors. While 8GB of RAM will be fine for most users, to run multiple programs and have many browser tabs open at once, you should consider doubling that.

I'm writing this on a late-2009 iMac, with RAM doubled to 16GB and an SSD. The upgrades cost around $300 combined, but even though it's eight years old, thanks to the SSD and RAM upgrades it feels as fast today as the day I bought it. Unlike modular (tower case) desktop PCs, the all-in-one design of the iMac makes it difficult to upgrade the internal drive. Instead I have the SSD in an external enclosure, which can be connected via FireWire 800 or USB. Macs support booting from external drives, so this is relatively easy to set up. This iMac has become the shared desktop in the family space, with the internal 1TB hard drive used just as storage for iTunes and our shared photo library.

Replacing your hard drive with an SSD is the perfect opportunity to spring clean your computer and get everything up to date. Windows 10 works well on older PCs, thanks to Microsoft's decision to have a common operating system (OS) that can run on everything from low-powered 'internet of things' (IoT) devices to the latest hardware. It's recommended for a clean-slate approach for your new SSD. Not only is it a lightweight OS, it comes with Windows Defender antivirus software to help keep your PC free from the viruses and malware that can cripple it.

You could also try a free and lightweight Linux operating system – Ubuntu and Mint are two Linux versions designed for home users. Ubuntu is more widespread and more supported, but Mint is growing in popularity. Both flavours of Linux are ideal for a low-spec PC or laptop. The most difficult part of the installation will be partitioning the drive for Linux, but don't be put off – if you can get past that first hurdle, Linux is fast, secure, and easy to use.

Older PCs can make great media servers that can create a Netflix-like experience for your personal media collection. I'm using an HP Elite 8100 slim desktop that was recycled from work, but similar enterprise workhorses are regularly available for around $120 from eBay and auction sites such as Grays Online. Replace the old internal storage with a 4TB hard drive (around $200) and you'll have room for thousands of videos, songs and photos.

Plex is fantastic free software that will catalogue your content automatically, and has accompanying apps that run on iOS, Android and most video game consoles and TV set-top boxes including Apple TV. This makes it possible to stream your content to any screen in your home, or even to your phone, iPad or laptop when on the road.

Tip: It is still illegal to make digital backups of DVDs and Blu-Rays you own in Australia, so bear that in mind before digitising your library. CHOICE supports copyright law reform to allow consumers these Fair Use rights.

Donating and recycling your old tech

If you decide to dispose of your tech, take the time to erase all personal data. On an iPhone you'll need to sign out of Find My iPhone first (see iCloud in Settings). Windows 10 makes it easy to remove all personal data from an installation – simply go to settings and search for "Reset this PC". On a Mac, boot into your Recovery Partition (restart and hold Command-R) and use the macOS Disk Utility to wipe your hard drive, then reinstall macOS. If you've had sensitive data on your computer, you might want to wipe (secure erase) its contents first.

Computer banks and some charity organisations specialise in donating technology to families in need to help bridge the digital gap. GiveNow lists organisations around Australia that will refurbish old computers, laptops and mobile devices for those in need.

Always send your older technology to a dedicated computer recycling service, or a hard rubbish collection specifically designed for e-waste. Chemicals in the batteries and screens of laptops and mobiles can cause environmental damage if not disposed of correctly. Many local councils offer e-waste drop off days, and organisations such as Planet Ark list drop off points for e-waste around Australia. Just phone ahead first, I found a few of the drop off locations listed on the site were out of date.

Time for an upgrade? See our desktop computer reviews and laptop reviews for our latest test results.