Home-based 3D printing was going to revolutionise the world, but what happened to it? 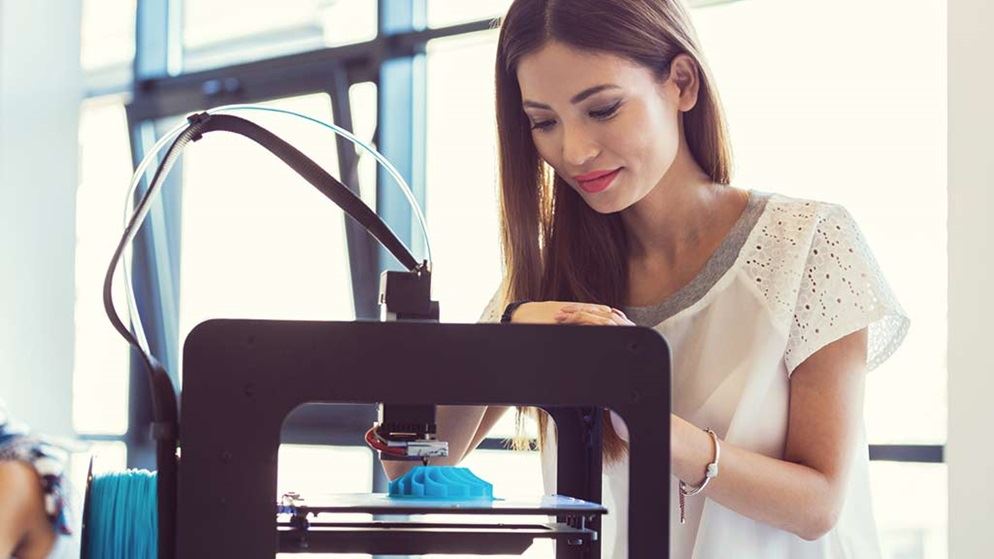 Can you be a maker?

Back in 2012, 3D printers dominated the floor space at big events such as the Consumer Electronics Show (CES), and MakerBot graced the cover of Wired magazine, as technology that would 'change the world'.

Five years later and it's fair to say this bold, self-printed future has not come to pass, but 3D printers still serve a purpose, and are still accessible – with more and more 'makerspaces' popping up in a suburb near you.

Get a better view of your 3D printing designs with a bigger computer monitor. See our large monitor reviews for the models we recommend.

Why consumer models haven't taken off

3D printers never lived up to the hype of their early introduction. The promise of printing your own spare parts, small objects, or perhaps the latest toy craze (fidget spinners, anyone?) quickly ran up against the economics and quality of consumer-level 3D printers.

Printer quality is measured in microns (micrometres) – the lower the number, the higher the quality of the object you're printing. Think of microns as pixels on your mobile phone's screen – smaller microns produce a 'higher resolution' object, with smoother surfaces.

While most consumer 3D printers can print in resolutions up to 100 microns, around 0.1mm 'pixels', prints of this quality take a lot of time – so the default 'quick print' settings are around 400 microns. Printing a small figurine or keyring can take anywhere between 20 minutes to an hour, depending on the quality chosen, on the latest The MakerBot Replicator+, which is considered one of the better 'home' 3D printers on the market. 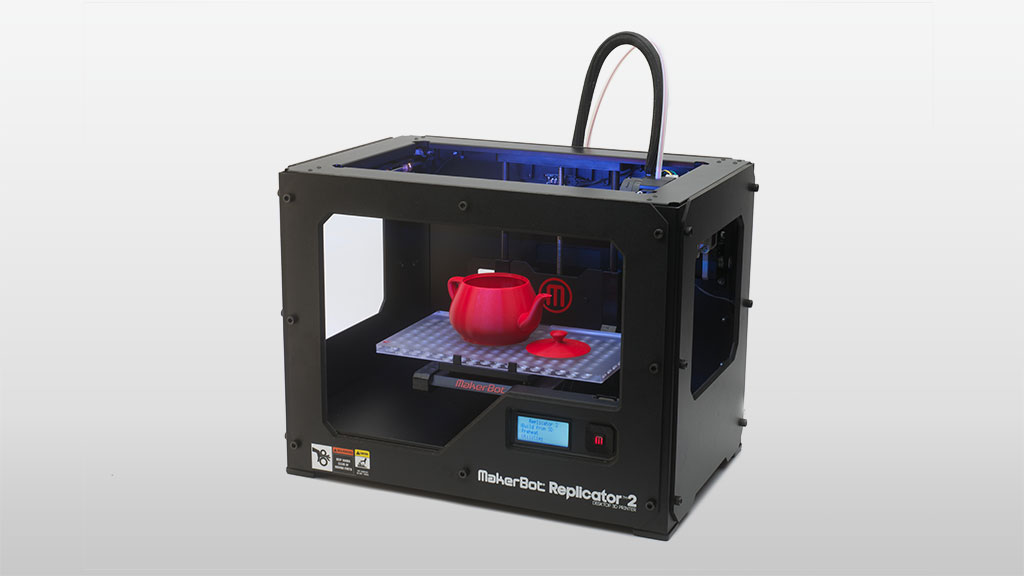 The cost of 3D printing

Then there's the price. When you did the sums, a unit costing between $2000 and $3000, plus the cost of the consumable plastic filaments required to print didn't sound like particularly a cost-effective way to print off spare parts or figurines.

To compare 3D printers to ink and paper printers of the past, you were getting a dot matrix printer at a laser-jet price. When you added in the slow print time and low quality, it's not surprising the market for consumer 3D printers fell away.

Even the industry leading MakerBot's CEO, Nadav Goshen, admitted in a recent interview on technology website TechCrunch that there's still not a 'successful product offering' in the consumer 3D printing market.

Buying a 3D printer for home

If, despite all this, you still want to buy a 3D printer for home, the options are limited. For example, we visited major retailers Harvey Norman, JB Hi-Fi and Officeworks.

Hobbyists, budding entrepreneurs, and tinkerers can print off high-quality objects, create rapid prototypes of new products, or simply print an arcade case for a Raspberry Pi computer, they'll just probably do it on a printer they don't own themselves.

3D printing services can be broken down into three categories:

Where can I find makerspaces around Australia?

How to create your own printing designs

If you'd like to print something yourself, you'll need to start with a design. If you have no design experience, Thingiverse has a thriving community of user-created templates you can download and print. While Thingiverse is aligned with 3D Printer manufacturer MakerBot, the templates and designs are available in industry standard STL files and CAD files, that can be opened and printed on competitor's machines. Thingiverse encourages its users to submit their templates under a creative commons licence, so that designs can be altered and built upon.

If you'd like to design your own creation from scratch, SketchUp is probably the best place to start. SketchUp is a simple 3D modelling program with an active community around it, making it easy to find guides, how-tos, and YouTube videos. SketchUp is free to use for non-commercial purposes.

Stepping up a level, Blender is free and open-source 3D modelling software, available for Mac, PC and Linux. The learning curve is steep, but Blender has another popular community around it.

While the market may have fallen away in consumer 3D printers, professional 3D printing machines are booming. The money has moved from the consumer market into commercial, high-end printers. Hobbyists have been replaced by rapid-prototyping systems, and short-run industrial applications. Plastic filament is making way for steel, laser 'sintering', melting and more.

In late 2015, 3D Systems discontinued their consumer level 3D printers to focus on the enterprise level tools. In late 2016, General Electric snapped up two 3D printing companies – again the focus was on rapid manufacturing, not hobbyist machines. HP's Jet Fusion 3D is probably the best example of this new high end 3D printing market – a gigantic, high quality system from an enterprise friendly brand, focused on manufacturing applications, capable of print quality as high as 10 microns. These are the kind of solutions that don't have public-facing prices – you'd need to contact an authorised reseller to discuss buying one of these units.

Sami Kara, a professor from UNSW Sydney, School of Mechanical and Manufacturing Engineering, explains, "This is entirely a cost and benefit issue. The average user can buy a cheap version, a toy, to play around, but the high-end machines cost up to $1–2 million. This requires justification. I think the name 3D printing is misleading. It is a manufacturing process which requires a lot of optimisation and fine tuning in order to get a proper outcome."

Probably the best applications of these high-end 3D printing machines can be seen in Australia's universities. Monash University in Melbourne is home to the largest 3D printer in the world. Monash University's spin-off company Amaero Engineering says it's using this mammoth machine to print off "production components that are now flying in passenger jets and small turbojet engines."

Also at Monash University, The Centre for Human Anatomy Education (CHAE) says it "provides 3D printing and scanning services to Monash staff and students, as well as external parties… The CHAE has developed a collection of full-coloured, 3D-printed anatomical models created from CT and laser scans of real specimens."

UNSW Sydney has opened two shared creative facilities called 'makerspaces' in the past two years. The first is a collaboration between the Art & Design, Engineering, and Built Environment faculties. The facility is open to all students as a rapid prototyping space, and features four commercial 3D printers.

A second space focusing on start-ups and entrepreneurs, the Michael Crouch Innovation Centre, is open to the public, not just current UNSW students. The centre has recently produced a 3D printing start up, AbilityMate. According to the UNSW "AbilityMate, an entrepreneurial group of designers, engineers and allied health professionals… use 3D printing to manufacture customised posture and mobility equipment for children with disabilities."