Windows 10: What you need to know

How to set it up, what's new, and should you upgrade? 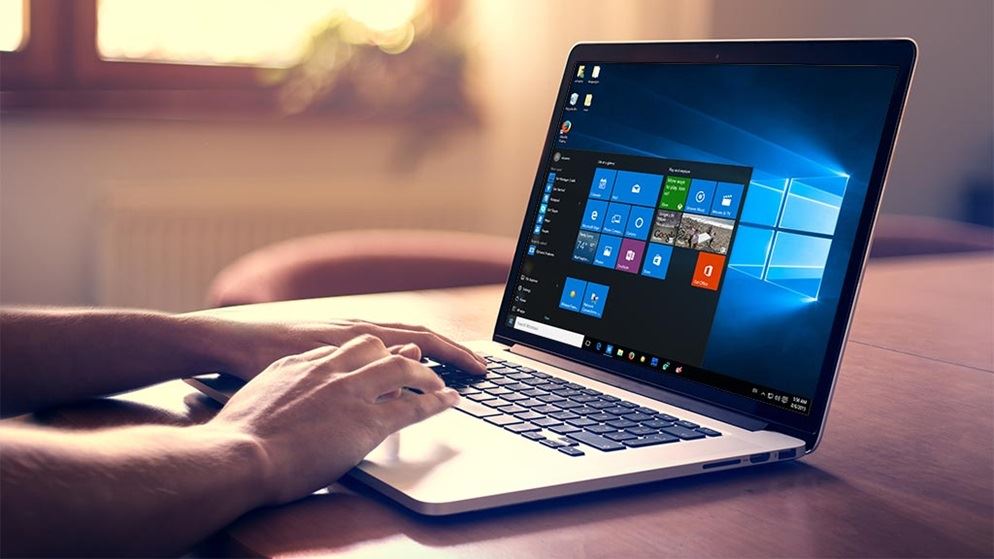 Is this your last Windows update?

If you buy a new pre-built PC you’ll get Windows 10 by default, but if you’re clinging to Windows 8.1 or even Windows 7, should you bite the bullet and upgrade? Windows 10 has been billed as “the last version of Windows”.

Microsoft has been pushing the fun factor of Windows 10 with its series of Creators Updates, which add features and software to help you get creative without needing a degree. There are also some nifty tie-ins with mobile device notifications and features designed to make your life just that little bit easier.

Microsoft has moved away from selling a new major version every few years. Unlike previous Windows versions, there’s no point sticking with what you have and skipping a version or two to save a little cash. All Windows 10 updates come free, forever.

PC security is crucial in today’s world of cybercriminals, malware and identity theft. With Windows 10, Microsoft is showing it’s serious about security, and the built-in Defender software might be all you need to keep the nasties at bay.

Windows 10 pushes the more colourful side of productivity through feature-focused ‘Creators’ updates about twice a year. These hero updates make technology advances system-wide.

Windows Ink lets you write over images and videos, make digital stick-on notes, draw freehand in Sketch Pad, and customise Surface Pen shortcuts. It’s best used with the Surface Pen and touchscreen, but you can stick with a mouse or touchpad, though the results will likely be less accurate.

Ink also has some Microsoft Office integrations that blur the line between using paper and writing on-screen. For example, you can scribble away on your screen like an editor might on a printed-out screenplay, then you can save, duplicate, add annotations and transfer it to other Windows 10 devices.

Cortana, Microsoft's digital assistant, can lock, sign out, shut down and restart your PC via voice commands. It can also launch a program, get news headlines, make a note in OneNote and access a variety of other useful features.

Download the Cortana app onto your Android phone and you can receive text, call, battery, and app notifications on your Windows 10 device’s screen. You can even type a response to a text and have Cortana send it to your phone (over Wi-Fi), which will in turn send it on to the recipient. This feature does not work with iOS devices.

Windows 10 also brings goodies for gamers, including streaming via Beam, and hardware efficiencies through Game Mode.

Edge is Microsoft’s minimalist web browser replacement for Internet Explorer (IE), which was stopped at version 11. Thought IE is still available on Windows 10, Edge is now the default browser. If you prefer to use Google Chrome or another alternative as your browser, you don’t have to use Edge. However, laptop users should note that Microsoft claims better battery life when using Edge – up to 19% more when streaming HD video through Edge rather than market-leading Chrome, and 63% more than Firefox.

Edge has a distraction-free ‘reading view’ option to reduce visual clutter for long articles. It does this by removing from view ads and unrelated visuals, giving an online view of an article that looks more like a book than a magazine. But it doesn't always work as expected. Words can sometimes overlay on top of images and portions of text can be missing. Reading View looks good when it works, but needs more development to be a really useful feature.

Also, Edge is now the default PDF viewer for Windows 10, since the Fall Creators Update so, technically, you no longer need a third party PDF reader. Edge supports PDF and EPUB ebook viewing, plus you can annotate ebooks and PDFs, highlight sections, scribble notes by hand (with a stylus, touchscreen or mouse), and even sign your name.

If the features, functionality or new UI of Windows 10 aren’t enough to get you on board, the security benefits could be. Windows 10 has two security keystones:

Upgrading to a new version of Windows is not the hassle it once was if you’re coming from Windows 7, Windows 8 or Windows 8.1, which covers the majority of other Windows users. However, always do a full backup of your PC before doing any upgrade of software installation, so you can roll it back to a previous state if something goes wrong. Then you can buy and download Windows 10 from the Microsoft Store online

Unlike some older versions of Windows, you don’t need to reformat your hard drive beforehand. Windows 10 will install without affecting most software and your files and folders will remain in their current configuration. You might be prompted to uninstall programs that interfere with the installation process, but you should be able to re-install them afterward, if they are compatible.

Should you upgrade to Windows 10 or just buy a new PC?

These days, a Windows 10 for Home licence will cost you $199 in Australia. Windows 10 Pro is $339, but the majority of home users won’t need the Pro version, which has extra options for businesses, support for up to 128GB RAM (16GB is more than enough for most people) and remote desktop access, useful for offsite trouble shooting.

Is your PC good enough?

The system requirements of Windows 10 are quite forgiving for a modern OS, but take these as a starting point only. If you only just meet these requirements, you should probably still look to buy a new PC.

If you’re considering a hardware change because your PC is old and slow, just upgrading Windows is unlikely to fix the problem – it’s doubtful you could run two or more modern programs simultaneously with 1GB of RAM or even 2GB.

You may also need a few more things to get the most out of Windows 10’s bells and whistles. For example, you’re going to have a tough time talking to Cortana if you don’t have a microphone, and you’ll need a compatible camera if you want to ‘sign in with your smile’ through Windows Hello. This needs to be a camera with Intel RealSense technology or a Kinect V2. You can check your own hardware specifications by searching for the ‘System Information’ section in Windows.

Note also that older plug-in devices such as scanners and printers may need updated software drivers to work with Windows 10. Check with the manufacturer’s website before upgrading, or you could be up for the cost of new devices.

Windows 10 is famous (some may say infamous) for its automated updates because early upgraders had little control over when they happened. These days, you can tell Windows what hours are off-limits for security updates, so no more unwelcome delays. Most updates are small improvements: bug fixes, security updates, and minor UI (user interface) tweaks. These ‘patches’ generally require minimal download and installation time.

In 2020, extended security updates will cease for Windows 7 and the same will happen to Windows 8.1 in 2023. Each major Windows 10 update comes with a new support end date, so if you keep your Windows 10 up to date you will continue to receive security and features indefinitely. Once support stops for Windows 7 and 8.1, Microsoft will not guarantee system security, which is already the case for people using Windows XP.

If you like the sound of the Windows 10 features we’ve talked about, you may want to consider an upgrade.

There was a time when you may have saved some money by skipping one version of Windows and waiting for the next, but that’s no longer so. According to Microsoft, buy it now or buy it later, you’ll still be getting Windows 10.

If you’re considering buying a new pre-built PC or laptop, then your new device will come with Windows 10 pre-installed, rendering the point moot. In that case, you should be able to use Windows 10 on that device for as long as you want, but you won’t be able to transfer it to any other device.

There are a few valid reasons for sticking with an older version of Windows, such as if you’re happy with your existing Windows 7 or 8.1 setup and aren't interested in the new security features or bells and whistles you get with Windows 10. On top of that, security updates for Windows 7 and Windows 8.1 will continue for the near future, so there’s no rush.