How to relive the golden age of classic video games, without tracking down original hardware and discs. 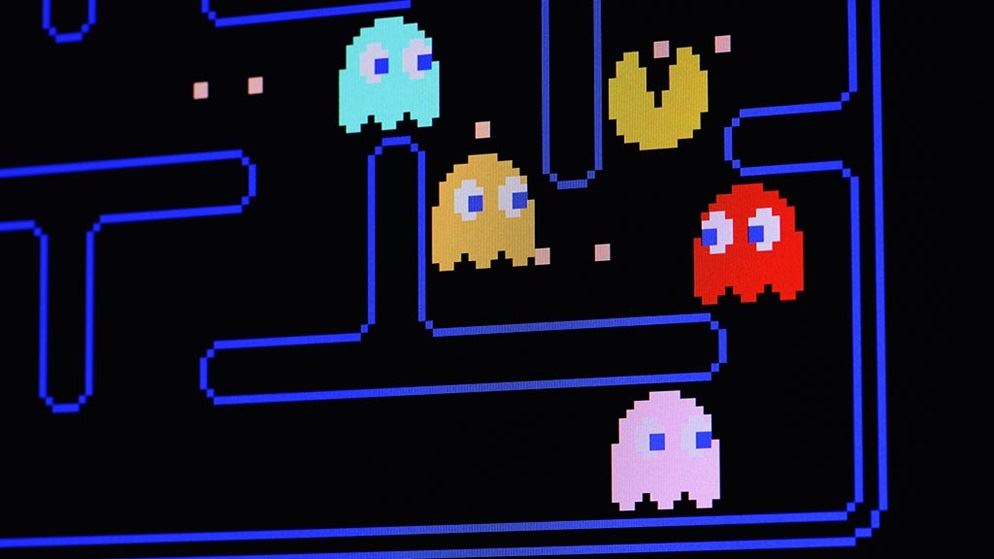 Playing with the past

Remember the video games of yesteryear? The ones that occupied large chunks of your youth, long before high-end graphics and online play were standard fare; when titles that were mere megabytes were considered huge; and 8-bit blocks were the most advanced option around? It may seem like they existed a lifetime ago, but getting your hands on these games for an afternoon of glorious nostalgia is easier than ever, thanks to digital distribution online and active fan communities.

Classic games galore are waiting in your web-browser window or on a console screen, including big name titles such as Doom, Sonic the Hedgehog 2 and of course, a bunch of games from the Mario series. You can also find plenty of lesser known and obscure games made for consoles, handhelds and ancient computer operating systems that haven't been on shelves for years.

There are plenty of places you can turn to for your retro fix, but separating the good from the bad, and the legitimate from the illegal, can be tricky – especially if you're after classic console or handheld games. However, unless you want something particularly obscure, you should be able to find a legal release that works with your home PC, and it may be available for free.

In this guide, we're only looking at downloading digital versions of vintage games which are easy to access online. Hunting for original consoles, disks and cartridges is an entirely different kettle of fish that requires a lot more time, space and money. 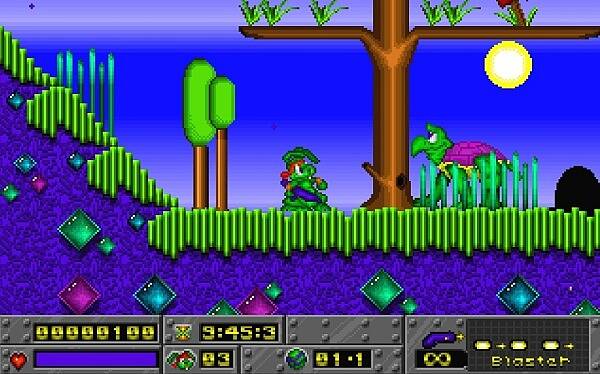 Understanding certain terminology can help you identify the software you're downloading. Most vintage games are distributed in one of three forms, although the exact wording may differ:

The humble PC is still the best source for retro video games. You have the internet at your fingertips and a number of digital distribution services such as Steam and Good Old Games (GOG) that sell classic games. There's also a bunch of fan communities such as Abandonia (see below) that specialise in tracking down hard to find titles from bygone eras, including console, handheld and arcade games. These are usually modified for PC in one way or another.

Computers and consoles have changed significantly over the past 50 years, to the point where you can't just download a game from 1992 and expect it to work on Windows 10, for example. Most of these websites either fix compatibility for you, or provide step-by-step guides on how you can do it yourself.

The dominant force in digital games distribution, Steam is also home to a number of original, re-issued and remastered classic games. You'll need an account and Steam software (both free) to download and play games, but this also gives you access to the legendary Steam sales, where prices can drop as much as 90%. Each program lists compatibility requirements, so you can determine whether a classic game will work on your operating system (OS). Chances are most will, but if you find yourself with a game that doesn't work on a recent version, you can return it for a full refund within 14 days.

GOG (aka Good Old Games) specialises in optimising classic games for modern systems, with large sales similar to Steam. The games are also free of digital rights management (DRM) copy protection software, which means you can back up your games and move them between computers. However, they're re-issues, so while they're likely to work on your PC, you won't see much in the way of updated graphics and controls. If they don't work, the team at Gog will try to fix your compatibility issues before resorting to a refund. After all, you'd rather play the games than send them back, right?

For  more than 10 years, this team of digital archivists has been slowly building an internet repository with a dedicated section for vintage video games – and they're available to the public for free. There's a broad range of popular and obscure computer, console and arcade games available, with entire sections dedicated to web-based emulation, such as an online Atari 2600 and DOS system. This means you don't need to worry about downloading and installing software, although you can still do that with most games if you'd prefer. If you do opt for a download, the onus is on you to make it work on a modern system. It also has a number of incomplete demos, however, due to licensing restrictions, which can be frustrating when you're trying to locate a complete game.

Looking for a lesser-known PC game released between 1980 and 1997? Odds are it was released for the DOS or MS-DOS operating system, and if so, there's a good chance you can find it on Abandonia. The retro-enthusiast website has amassed thousands of games since it launched in 1999 , which fall under the abandonware free software licence. Although this is a legal grey area, the Abandonia team makes sure that all content is cleared for download. Any games still under copyright cannot be downloaded, even if they're listed on the site.  Most of the games are not optimised for new computers, and require the DOSBox emulator to run (see Computer compatibility).

A few developers and publishers have re-released their classic catalogues on their websites. For example, 3D Realms (the publisher behind Wacky Wheels, Commander Keen and Wolfenstein 3D), sells most of its back catalogue on its website. Some publishers have also leapt on the opportunity to re-release the original games on iOS and Android devices, with touch-friendly controls.

Getting your hands on a classic console game can be a little harder. You're going to need an original console and cartridges or discs, or an official reissue. The Sony PlayStation Network, Microsoft Xbox Live Marketplace and Nintendo eShop, have digital stores similar to Steam and Gog that sell some popular classic titles from their back catalogue.

Nintendo has taken this concept one step further in recent years, with the launch of the NES and SNES mini consoles. These are miniature reproductions of the original systems that include a number of pre-installed games of the era. Fortunately, they're not entirely faithful reproductions, as Nintendo has replaced the classic composite cables with HDMI. Games have also been optimised for high-definition too, so they won't look sub-par on a modern screen.

Well-known games, such as the Legend of Zelda games for Nintendo 64 or the Crash Bandicoot series on the original PlayStation, are also remastered and re-released digitally and on shelves from time to time. This is becoming an increasingly popular practice among big-name publishers and developers, who either update the game to work with the latest consoles or PC operating systems, or completely rebuild them from the ground up, with updated controls and graphics.

Arcade games are bound by the same restrictions as console games. Some digital services sell PC or console versions of classic arcade games, often bundled together (e.g. 10 games in one). In any case, these often require the popular open-source MAME (Multiple Arcade Machine Emulator) to run, although the Internet Archive has also launched a web-based arcade emulator (the Internet Arcade) with around 900 games from the 70s and 80s, which are free to play. 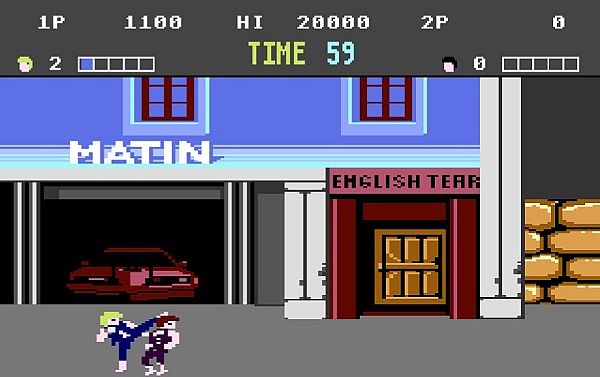 Found a game that doesn't quite work? You can try to run it in compatibility mode. Some programs were made for older operating systems, and compatibility mode essentially activates it when you run certain software. This feature varies between versions of Windows (follow the link for more information), and isn't available on OS X.

If that doesn't work, an emulator may be the answer, or a requirement. These are programs that replicate the operating system of another device so you can run classic games on a modern PC. Games from the DOS era are unlikely to work on Windows 10, for example, as DOS is obsolete. However, they're likely to run if you install DOSBox, a widely used, free DOS emulator. Once you install an emulator, you're essentially running a separate computer - whether that be a PC, console, handheld and so on - within your computer. Programs built for an emulator are usually called ROMs or ISOs.

Almost all of the major gaming devices have an emulator equivalent of some kind, but these are rarely affiliated with the company that made the original. However, many websites that legally distribute retro games recommend these programs. 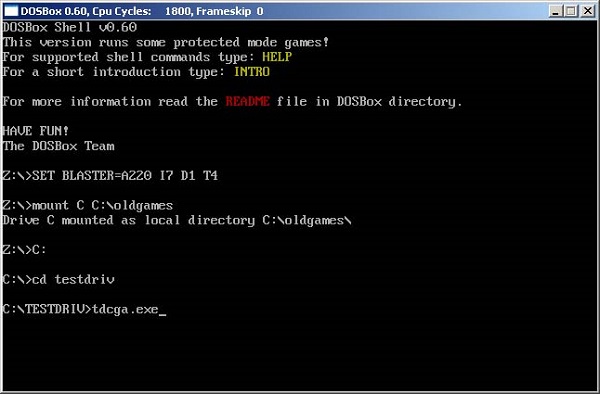 Although there are a number of legal avenues to retro gaming goodness, there are plenty of websites that distribute illegal copies. The problem is that they may seem legitimate, due to common misconceptions about product age and ownership.

Say you want to play a Nintendo game from the late 1980s. It hasn't been on shelves for years, the console it requires is no longer in production, and Nintendo hasn't hinted at a digital reissue. No one, it seems, is making money from the game, so downloading it for free shouldn't be a problem, right? Wrong. Many digital uploads violate copyright, especially ROM versions of retro cartridge games (a digital copy of the cartridge), regardless of their availability. You're also breaking copyright law when you make a digital copy of a console game you already own, a point that Nintendo explicitly covers in its terms of service. Unless the copyright holder says otherwise, downloading ROM and ISO duplicates of games is illegal.

But that doesn't necessarily apply to all free software. There are a number of licences that define how these programs can be used and distributed, and you'll find that sites such as the Internet Archive will list one of these licensing categories with each game: