How to keep your child safe from detergent poisoning. 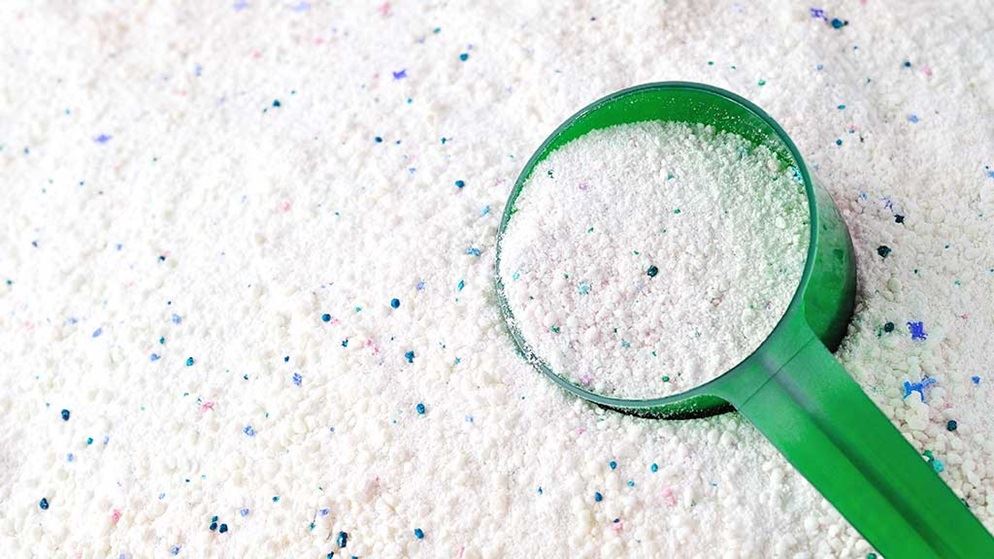 Keeping kids safe is a priority for parents, but it can be easy to overlook the dangers of everyday household products such as kitchen and laundry powders, liquids, pods and capsules.

According to Kidsafe (the Child Accident Prevention Foundation of Australia):

If your child has been exposed to household chemicals or other poisons, immediately contact the Poisons Information Centre on 13 11 26.

Poisonings generally occur when a container isn't properly closed or put away out of reach in a cupboard, and – more commonly – if a product doesn't come in a child-resistant container (such as dishwasher detergent in a simple cardboard box).

Detergents are just one source of household danger for children. Have a look at our advice on other home dangers and how to avoid them.

As a liquid or powder, dishwasher detergent is alkaline and if swallowed in even small amounts it can be extremely caustic and cause severe burns to the mouth, throat and airways. In a worst-case scenario, this can lead to lifelong injuries or death.

The brightly coloured packaging, vibrant liquids and lolly-like tablets can look like yummy treats to small kids, and the number of child poisonings associated with dishwasher detergent runs into the hundreds.

As well as liquids and loose powders, powder blocks and laundry capsules are a potential danger to children. The speckled blocks look like bite-sized lumps of sherbet and the capsules can easily be mistaken for jellies.

These capsules, also known as pods, are designed to dissolve in about 10 seconds in the washing machine, so it doesn't take long for the liquid to leak into little mouths. In the 18 months leading up to 2013, there were 85 calls made to Australian poison hotlines relating to accidents involving children and exposure to laundry capsules.

These lids are designed to restrict access to substances that could be dangerous to children. They should make it difficult for a youngster to open the container, but not too tricky for an adult to reseal it, otherwise it may not be resealed properly after use. As far as dishwasher detergent bottles are concerned, not all their CRCs are designed the same way, and they're generally easier to open than, say, a medicine bottle. You generally have to squeeze and turn the cap to open the bottle, but with some, to reseal it you must turn the cap until it clicks into place twice. Often bottles don't specify that the cap requires two clicks to be properly closed, so many parents may not be closing the container completely.

While child-resistant closures have reduced the number of child poisonings over the years, the large number of reported incidents involving children and dishwasher detergent shows two things: that people aren't aware of the potential dangers, and that some closures are simply not good enough.

Many products comply with legislative requirements for labelling, but we think the closing mechanism needs to be explained on the bottle (two clicks to secure) and the cautions should stand out more prominently (in red, or in a box) on highly alkaline products.

So don't rely on supposedly child-resistant caps or packaging to keep your children safe: keep potential poisons well out of reach.

Products which specify 'alkaline salts' on the label must carry the warning BURNS SKIN AND THROAT when they have a pH of more than 11.5.

Some detergents are based on enzymes and oxygen bleach, which are less alkaline (and therefore less caustic) than the alkaline salts. These have a lower pH and are likely to cause less severe injuries when swallowed. Enzyme-based products are labelled IRRITANT, but don't get complacent with them - they can still cause harm.

If you think your child has swallowed a corrosive, burning poison (such as dishwasher detergent, acid, caustic oven cleaner, swimming pool chemicals or some disinfectants), seek urgent medical help. Signs to watch for include:

Be sure to keep the following in mind if a poisoning does occur: