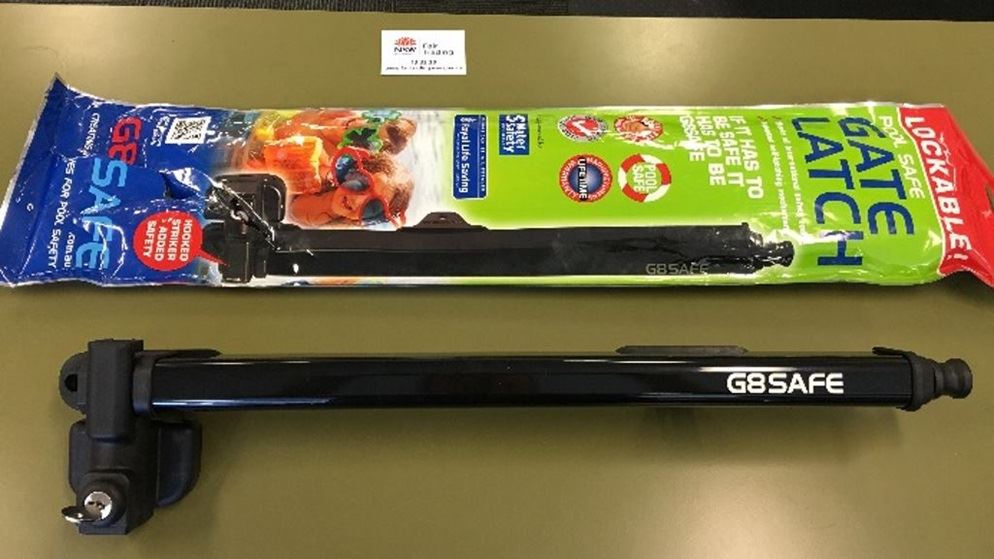 An estimated 80,700 pool fence latches sold from Bunnings Warehouse stores across Australia have been recalled, following an investigation that found they do not comply with the Australian safety standard.

The recalled product – manufactured by SafeTech Hardware and on the market for more than four years – can be configured to stop gates from latching, doing little to prevent unsupervised children from wandering close to a pool.

The recall comes after interstate fair trading bodies conducted an investigation, including those from NSW and WA.

Replacement locks will be mailed out to the affected customers, though the WA fair trading body is urging customers to treat their locks with an interim fix.

"Consumers should immediately disable the key lock mechanism by removing the key from the striker, or [fill] the key hole with a waterproof adhesive," says David Hillyard, commissioner of Consumer Protection.

"This is a very serious safety issue," he adds, "so I urge all owners and residents of properties with pools to ... take urgent action."

Homeowners and renters need to make sure their pool has a compliant latch, or they could be held liable if a drowning incident occurs.

The recalled latches are:
These products are also available for purchase as part of the following kits:

The recall of the 80,700 safety latches follows a CHOICE investigation that exposed a Clark Rubber pool fence for not complying with the safety standard.

Clark Rubber denies the claims and says it will not recall the 100 pool fences that have been sold Australia-wide; a move that prompted CHOICE to lodge a formal complaint to the ACCC.

The ACCC has referred the case to the QBCC, the Queensland regulator responsible for maintaining building standards, which has since launched an investigation into the pool fence.