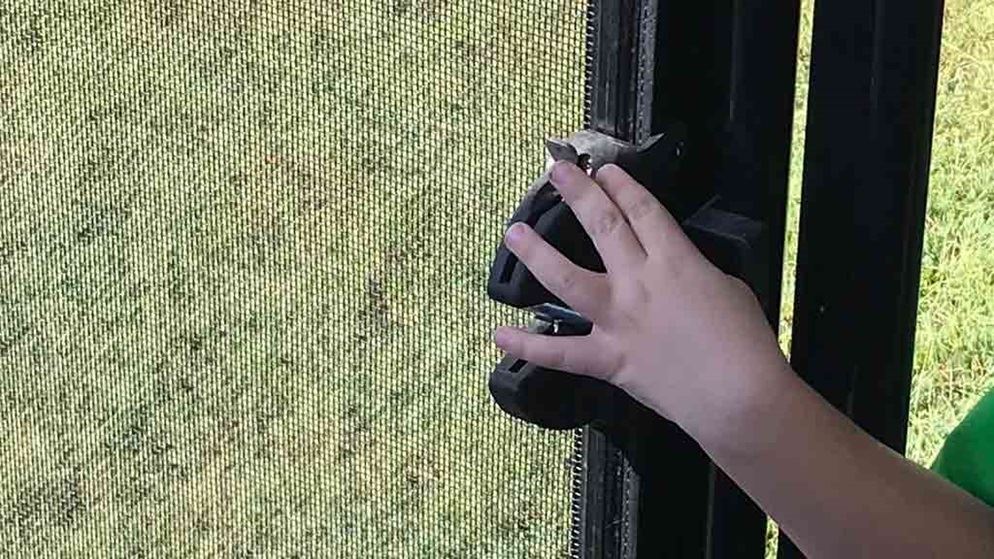 The recall comes after a CHOICE investigation found the Be Safe Portable Pool Fence didn't meet the safety standard, allowing children – such as four-year-old Curtis Modrow – to gain access to backyard swimming pools.

A recall is ordered

"The latch doesn't close and secure itself properly and this completely defeats its safety purpose," says de Brenni. "This is an accident waiting to happen."

The minister ordered Clark Rubber to initiate a recall of the pool fences sold in Queensland, but the company says it will recall all 147 fences sold across Australia.

"A lot has happened in the last 24 hours. We have been working with the QBCC for a number of weeks now, if not months, as they carved out a total safety review of the product," says Clark Rubber general manager Anthony Grice.

"As a result of that review, we are firmly of the opinion that we needed to undertake a national voluntary recall of the product. Our number one priority is getting those fences back to us."

The backflip to issue a nationwide recall comes more than four months after a CHOICE investigation found the pool fence failed to meet the Australian safety standard.

During the investigation, Clark Rubber offered to sell us a fence for testing, but the model that arrived had been redesigned. The redesigned fence still failed to meet the Australian safety standard.

But when we shared our findings with Clark Rubber, the company disputed the results and its lawyers said a recall wouldn't happen. 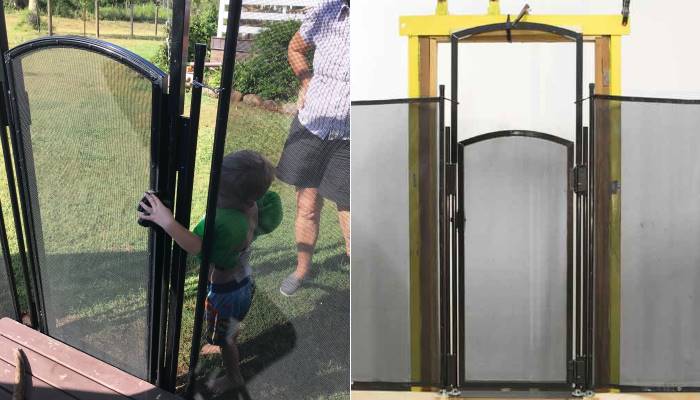 The original Be-Safe pool fence that was easily opened by four-year-old Curtis Modrow (left), and the redesigned model (right) sent to CHOICE.

Changes to the law are needed to make sure businesses pull unsafe products from the market quickly, says Tom Godfrey, head of media at CHOICE.

"This latest case is yet another reminder that we need to toughen Australian Consumer Law through the mandating of a general safety provision and the introduction of tougher recall requirements," he says.

"It's time the Federal Government introduces new legal and financial penalties to make it explicitly clear to businesses that it's illegal to sell unsafe products."

Godfrey says manufacturers should disclose the return rate of recalled products, just as they do in some overseas markets.

Clark Rubber has confirmed it won't recall its potentially dangerous pool fence, even though it has redesigned the fence to tend to its shortcomings.

CHOICE bought and tested the newly designed pool fence and found it failed to meet the Australian safety standard, prompting us to lodge a complaint to the competition watchdog.

We began investigating the original Be-Safe Portable Pool Fence in January 2018, after receiving a video of four-year-old Curtis Modrow opening it unassisted.

Curtis cannot swim and made it to the ladder of the above-ground pool before a relative stopped him becoming one of the 15 children who drown in backyard pools each year.

The pool fence is manufactured by Hunter Products and is sold exclusively by Clark Rubber, with prices starting at $799.

The experts we interviewed disagree with Clark Rubber's assessment that the original pool fence is safe, describing it as ridiculous and noncompliant.

They say there are fundamental design flaws – to do with the height of the latch and the gaps around it – that make the fence ineffective at keeping children away from pools.

Think our consumer laws could be stronger when it comes to dodgy and dangerous products? Sign our petition to fight for better consumer protections

But Clark Rubber is satisfied with its fence, its lawyers now confirming the company has no intention of issuing a recall.

"Given that the Product has repeatedly been certified as meeting the Standard, and the issue experienced remains unrepeated, our client does not intend to recall the Product," they say. 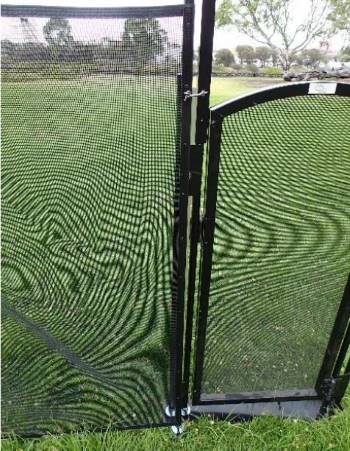 Existing owners are being told to install the fence like this to get around the inherent design flaws.

Rather than invest in a recall, the company has sent out new instruction manuals to existing customers to redefine how the fence should be installed.

The Be-Safe Portable Pool Fence has been sold with the original instructions since December 2016. The company's own advertisements, graphics and installation manuals illustrate the fence with a gap large enough for a child to stick their hand through to unclasp the latch.

The revised instructions require the gate's mesh fencing to be installed in front of the lock to reduce the dangerous gap, but this results in an asymmetrical finish.

Clark Rubber offered to sell this version (pictured) of the fence to CHOICE in January so that we could conduct our own independent testing.

But what arrived a week later was a new, redesigned pool fence – one that was noticeably different.

When we contacted Clark Rubber to confirm that the fence had been redesigned, we received a response from their lawyers that didn't address our questions. In later correspondence, they referred to the changes as "minor".

These changes address some of the clauses in the safety standard the original fence failed to pass. They include new connectors and a smaller floor plate, both of which make it possible to mount the different parts closer together.

Clark Rubber says the Be-Safe Pool Fence meets standard AS 1926.1-2012 in its website advertising. Not meeting just one clause is all it takes to fail the safety standard.

But our testing found even this new fence failed to satisfy three other clauses, though the offenses are not as egregious as those that undermined the design of the original.

The standard says the latch should be sophisticated enough that an implement stuck between the gap cannot unclasp it. This is the most concerning clause the fence failed to meet.

Hunter Products' test lab disputed our findings, claiming "the latch is defined as the horizontal bar connecting the gate to the fence".

But this conflicts with the definition listed in the Australian Standard, which defines a latch as the "mechanism" that prevents the opening and closing of the gate.

The other two clauses the fence failed to pass concern a lack of permanent manufacturer markings and instructions in the manual, which our tester described as "incomplete".

Clark Rubber acknowledges the lack of permanent manufacturer markings and says it's taking "immediate steps to resolve" the issue.

Our pool fence buying guide reveals what to look for to keep your kids safe.

CHOICE has since lodged a formal complaint regarding the fence to the Australian Competition and Consumer Commission (ACCC). The competition watchdog continues to direct our questions on a possible recall to a state regulator in Queensland, even though the fence is sold to customers across Australia.

A spokesperson for the Queensland Building and Construction Commission (QBCC) says it's investigating the issue.

"The QBCC has made direct contact with the supplier of this product in relation to this complaint. As the QBCC investigation into this matter is ongoing, it would be inappropriate to comment further at this stage," says the spokesperson.

"Anyone with concerns that a pool might not be compliant should contact their local council," they add.

Did you know that in Australia even inflatable pools are subject to fencing laws? See our pool fence buying guide for more on what to look for to keep your kids safe.