You could be paying as little as $300 or as much as $1245 in annual fees with your existing fund. 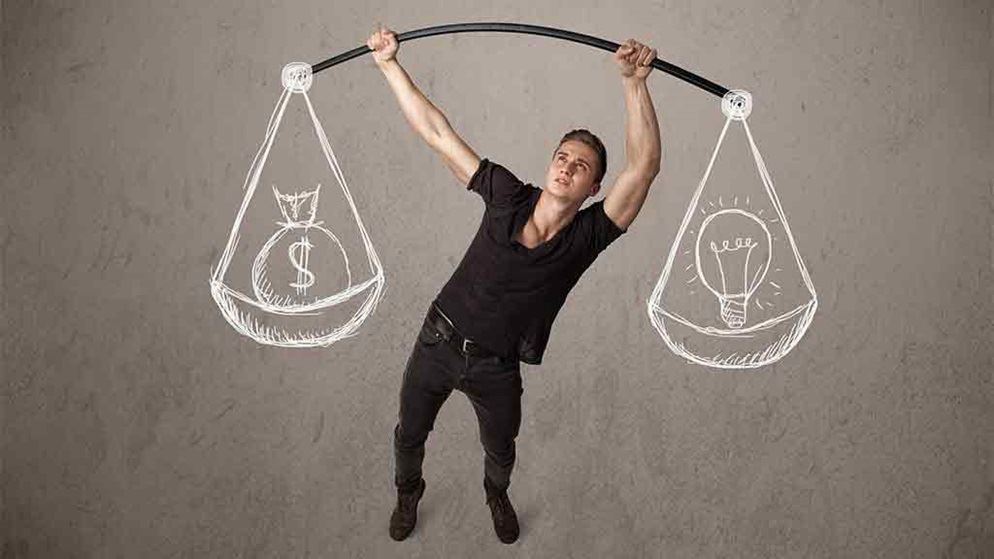 Are you getting a good deal from your fund?

Younger people usually don't get too fussed about their super funds – but there are plenty of reasons why they should.

People under 30 would probably pay better attention, for instance, if they knew their superannuation fund could be charging as little as $300 or as much as $1245 in annual fees on a $50,000 account – all for "services" they didn't ask for and may not need. If your super account reaches $200,000, the gap widens considerably – $1200 versus $4980 in annual fees in one of the more extreme cases.

These kinds of deductions can really chip away at your retirement savings. It's also important to know whether you're in a retail or industry super fund – fees for retail funds are usually higher.

Superannuation fees are often hard to detect, and the financial services industry is fighting hard to keep it that way - in part by getting rid of the "opt in" clause in the Future of Financial Advice

In this article, we show you how to find the best-performing super fund and outline which funds charge the lowest fees.

Can you do better? 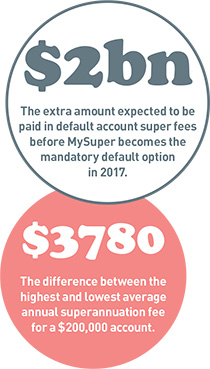 Superannuation account returns have been on the rise after taking a beating at the hands of the global financial crisis. Median balanced funds (in most cases the default option) posted a healthy 16%+ return for 2013 – a big improvement on the previous three years, when most accounts earned about 8.6% a year.

But that doesn't mean your fund is in the winner's column, especially if the fund manager has a conflict of interest problem – and there's plenty of that going around. Recent revelations about super funds investing in the banks that own them instead of shopping around for the best return should serve as a cautionary message for people just starting to build their nest eggs. The mismanagement has reportedly meant returns as low as 1.38%, well below the inflation rate. Add in high fees and your super account could really lose value over the long run.

It's not surprising that most people don't know much about where their superannuation money is going. About 70% of Australian employees leave it up to their employer to choose their super account.

The launch of the government's MySuper scheme means employers now have to make sure default superannuation accounts (where your money ends up if you don't make a choice) are in a fund that offers a MySuper option. As of February 2014, the introduction of the scheme had caused fees to drop by 26% across the industry.

But there's a catch. Even though your super account has to be with a fund that offers a MySuper option, your money doesn't have to go into an actual MySuper account until 2017. That means nearly four more years of avoidably high fees – costing potentially thousands of dollars – for those who aren't paying attention.

The solution? If your money started off in a default account, tell your super fund to move your money to a MySuper account if they haven't already.

How to compare super funds

You should also only compare funds with similar investment strategies, or those with roughly the same mix of shares, fixed interest and cash. For Gen Y-ers, a fund focused on growth – with more exposure to the potentially higher gains of the sharemarket – is generally a good call. But talk to a trusted financial adviser to find the right pick for your situation, preferably one who has no commercial connection to any of the funds they recommend. And only agree to pay on a one-off, fee-for-service basis.

As of December 2013, the 11 super funds in the table below, that are open to everyone, had the lowest fees based on a $50,000 balance, averaging about $350 per year. Unless your mandatory super contributions are going to a fund that charges similar fees, or to a MySuper account, you are probably paying significantly more.

It's worth considering, though, that low-fee funds may offer less in the way of income protection, life, and total and permanent disability (TPD) insurance, which are included in industry funds.

You also need to consider performance. Only one of the low-fee funds, AMIST Super, was a top 10 performer over the past five years for its balanced investment account (usually the default choice), averaging a 9.9% return per year.

So the trick is to find a fund with good returns and low fees, and make sure you're not paying for something you don't need. Super comparison websites such as Canstar Cannex and SelectingSuper can be useful tools for comparing funds, but be aware that such sites use different rating methods. Use them as a research tool, not a decision maker, and look for long-term solid performers.