Three of the big banks have set up schemes to compensate victims of poor financial advice. So how are they tracking? 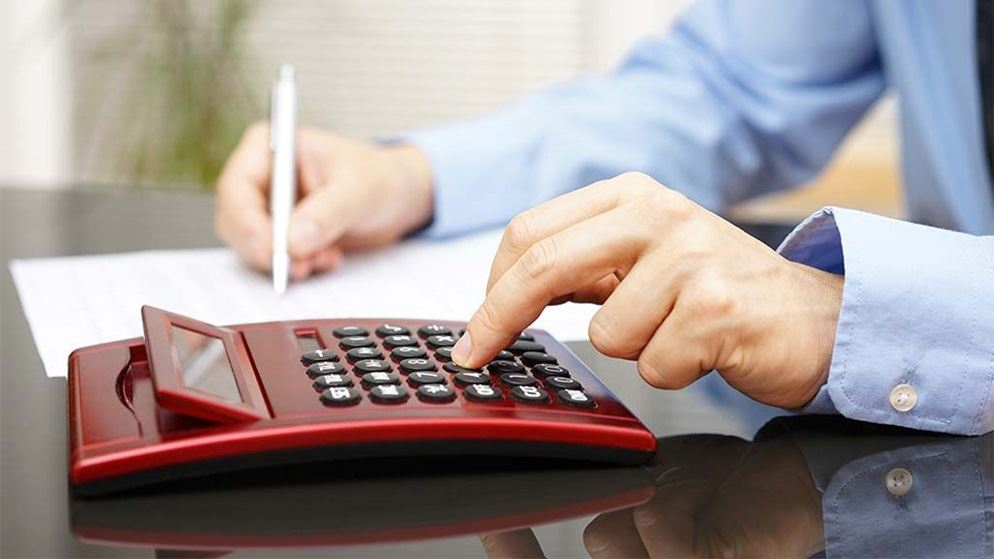 Show me (at least a bit of) the money!

Three of Australia's biggest banks have compensation schemes for customers who've fallen victim to bad advice from the banks' financial advisers. But a recent Senate hearing has provided a disturbing glimpse of how the Commonwealth Bank's scheme is tracking so far.

CBA's Open Advice Review Program (OARP) was launched by the bank last year in the wake of revelations that some CBA financial advisers had forged customer signatures and others had given inappropriate advice – all in the name of earning bonuses. Many clients lost tens of thousands of dollars.

NAB and Macquarie Group also have schemes in place to compensate clients who suffered at the hands of financial planners. And in a separate but related case, 8500 ANZ Prime Access financial planning clients failed to receive their documented annual review, which was supposed to keep them informed about the state of their investments. ANZ denies affected clients were financially disadvantaged by the neglect, but has set about refunding them a total of $30 million.

Some of these schemes have been in place for over a year, and show no sign of wrapping up any time soon. And in some cases, information on their progress has been hard to come by. So, exactly how do these schemes work, and when can affected clients expect to get their money back?

At a recent Senate hearing, Russell Phillips, a former assessor with the OARP, made the case that the same culture of performance-based rewards that gave rise to the scandal had infected the compensation scheme.

Phillips told the Senate hearing that assessors were pressured into rejecting claims because of their own incentive structure, in which 12% of remuneration was linked to productivity.

"If we were assessing a complaint as being inappropriate, that would take longer. That was not accounted for in our KPIs. If we took longer to assess advice because we felt it was inappropriate, our KPIs were not adjusted for that," Phillips said.

CBA rejected Phillips' testimony out of hand, calling it "highly misleading and often fundamentally wrong." Still, it wasn't a good look for the bank, which has been fighting to rebuild trust among its customers.

In 2014, a report by the Senate Economics References Committee identified a toxic, sales-based culture within CBA's financial planning arm. Advisers had put commissions ahead of their clients' best interests, and in some cases it was alleged that they recommended investment decisions that didn't fit their clients' circumstances.

The bank also came under fire for putting reports of fraud in the "too-hard basket".

After paying $52 million to 1100 victims of rogue planners, the OARP was launched as an attempt to rebuild the bank's damaged brand, and assuage the concerns of their other wealth customers.

How does the OARP work?

The OARP is open to all clients who received financial advice from Commonwealth Financial Planning and Wisdom Financial between 1 September 2003 and 1 July 2012, even if the performance of their accounts didn't suggest mismanagement.

About 350,000 current and former clients were contacted by CBA, and over 8000 people have registered for the scheme so far. Registrations are now closed for people who have not previously entered an expression of interest.

The program has 613 full-time employees, including about 160 case assessors – 70% more staff than the Financial Ombudsman Service (FOS). An assessor checks the advice given to clients against 13 factors, including whether it matched the customer's stated goals and if the advisers took their client's personal circumstances into account.

If inappropriate advice is flagged – such as a risk-averse client being pushed into a risky investment strategy – accountants calculate how much money they'd still have if the right advice had been given. The customer is then sent an explanation of their case and possibly an offer of compensation.

CBA releases regular public updates and has one of the more transparent schemes going, which allows bank-watchers to keep tabs on the program as it rolls along.

As of 16 November, over 1500 registered cases had passed the assessment stage, and OARP staff were getting through about 9.4 assessments a day during September and October (up from a positively glacial average of four per day in mid-2015). But in the first half of November they churned through about 15 cases a day. If it keeps up the pace, with about 6500 cases currently pending, the bank might hope to finish assessments in time for its December 2016 deadline.

As of 16 November, about 8% have resulted in compensation offers or fee refunds.

CBA has offered $2.23 million to 125 clients – an average of $17,807 per person. However, this doesn't mean everyone has taken up the offer. The last public update showed that by the end of August, only 19 of 53 offerees had taken the bank's money, about half the total then on the table. Eleven counter-offers had been made to the bank, and 23 were still considering.

The NAB scandal is nearly a carbon copy of CBA's: rogue traders gave inappropriate advice to unsuspecting clients whose accounts suffered as a result. A small group of NAB advisers forged clients' signatures and doctored compliance documents to cover their tracks. Forty-one advisers were sacked from the bank and its subsidiaries in the two years to March 2015, including eight who were reported to ASIC for serious breaches.

How does the CRI work?

A lot like the OARP, which makes sense given the similarities between the cases. NAB had been quietly compensating victims of rogue traders for years, and it publicly revealed the scale of its problems at a Senate hearing in March.

In May the bank appointed an independent customer advocate, and just last month began writing to clients inviting them to submit their case for review. The review process looks similar to the OARP, except that the NAB has flagged the possibility of giving some clients "non-financial" compensation, in the form of free financial advice. Also, the CRI only covers financial advice given since 2009, after the GFC hit.

How is the CRI tracking?

NAB's large-scale review process is yet to begin, but to date the bank has been identifying potential victims of dodgy advice, and clients can also request a review if they haven't been contacted. NAB estimates two to four months to assess each file and has committed to responding to review requests within 45 days.

NAB declined to put a number on the number of clients set to receive letters in the mass mailout, saying it was still too early to tell. The bank also wouldn't tell CHOICE how many assessed cases had not resulted in financial compensation, so it's impossible to guess the scale of the undertaking.

Since the scandal broke in February, the bank has compensated 87 clients, on top of the roughly 900 they had been quietly compensating since 2010.

It's hard to say, since the bank has yet to scale up its reviews process. $1.7 million has been paid to the 87 clients mentioned above, with some customers getting as little as $5000.

NAB compensated about 900 clients between 2010 and 2014, to the tune of $14.5 million. Of that, $2.8 million went to an unspecified number of clients handled by 40 advisers who have since been shown the door by NAB. Another $2.4 million was shared between 53 cases relating to just one adviser, Graeme Cowper, whose victims received on average of $45,000.

All told, the bank has paid out $16.2 million in compensation to about 1000 customers in the past five years.

Macquarie Bank entered into an Enforceable Undertaking (EU) with ASIC in early 2013, after the regulator expressed concerns about the bank's compliance regime and the appropriateness of advice given to mum-and-dad retail customers.

The EU required Macquarie, among other things, to check client files where there are concerns that they have received inappropriate advice, or where their assets were allocated in a way that wasn't suitable to their risk appetite. In August 2014 the bank kicked off its Client Remediation Process and contacted 189,990 current and former clients, inviting them to submit their cases for review.

How does the CRP work?

Cases come through the bank's internal review system, or clients can request a review themselves. Unlike the other programs, advice given at any time can be submitted for review. Macquarie checks advice appropriateness using an approach modelled on the FOS complaint handling system.

The assessment is then peer-reviewed by a second case manager and passed on to a committee of senior Macquarie representatives for a third check. This committee decides which cases deserve compensation, and if so, how much.

How is the CRP tracking?

Since the scheme began in 2014, 2665 cases have been assessed. But because Macquarie won't tell us how many clients have applied for their remediation process, it's almost impossible to tell what sort of progress the scheme is making.

Although fewer claims have been assessed as compensable recently, we are seeing increasing payouts for those few that are offered anything. For claims assessed up to June this year, the average payout was $75,676, for a total of $5.6 million. Between then and September this grew by $2.1 million, split between just nine cases: that's an average payout of just over $233,333. Meanwhile, the 18 successful client-initiated claims for the same period took home $900,000 in total – an average payout of just $50,000.

Can you rely on the life insurance that comes with your super fund, or should you have a standalone product? The answer may depend on your gender and age. Read our life insurance comparison.

All three banks have built some level of independent customer advocacy into their programs. The CBA has hired law firms Slater & Gordon, Shine Lawyers and Maurice Blackburn, and clients can enlist them free of charge to represent them in negotiations.

If negotiations hit a brick wall, clients can appeal to an Independent Review Panel for a second review. No cases had gone to the panel at the time of writing, but nearly one in ten offers have been met with counter-offers, and about 30% of cases have gone to the independent consumer advocates.

NAB has taken on UNSW law professor Dimity Kingsford Smith to fill the role of independent customer advocate. Her office is the point of contact for clients concerned with the treatment of their case, and she has the power to escalate grievances to the NAB Wealth Group Executive Andrew Haggar.

Macquarie hasn't recruited anyone into the program in the way the other banks have, but instead let customers choose their own legal advocates, promising to reimburse them up $5000 in costs.

Anyone unhappy with the outcome from any bank is free to take their case to the FOS. The banks have all agreed to waive the regular monetary and time limits imposed on a FOS complaint (normally it won't hear claims over $500,000). NAB has gone a step further and promised a 'fast track' six-week FOS process for any complaints coming out of their scheme.