Most Australians worried about 2015 Federal Budget 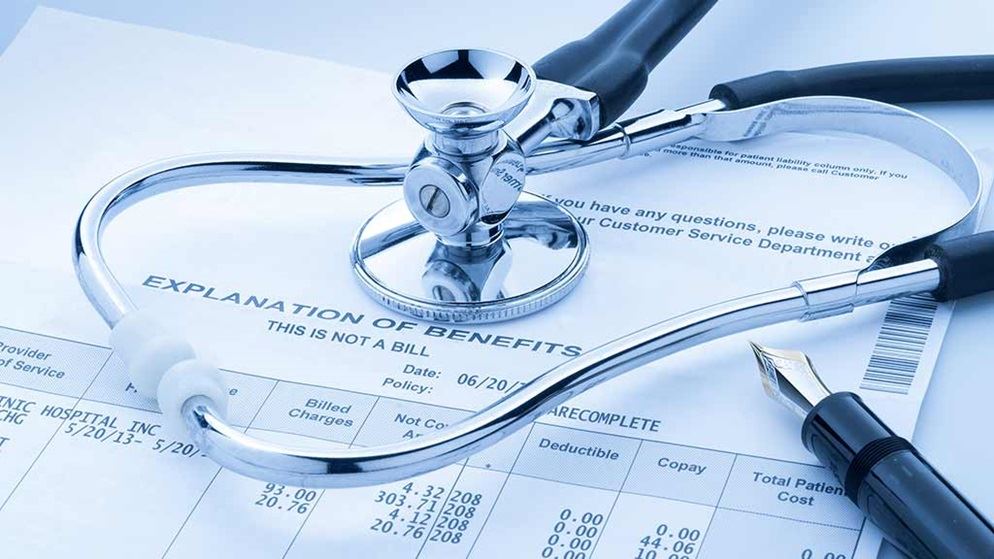 The controversial 2014 Federal Budget took a hard line on households with cuts targeted at vital medical and health services. Now, the quarterly consumer pulse survey reveals two-thirds of Australians are concerned about how this year's budget might affect them.

According to CHOICE CEO Alan Kirkland, "this is clearly an anxious time for Australian households, with last year's Federal Budget casting a long shadow into 2015."

Fairness in balancing the books 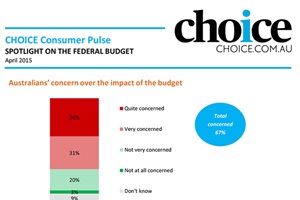 View our infographic on what Australians think about the upcoming Federal Budget.

The survey reveals consumers are open to tax reform but oppose GST changes. Consumers are also looking for increased spending on hospitals, the aged pension and schools. Among those with children under five years, 75% are concerned at childcare fees.

"Australians understand the Federal Budget faces a revenue challenge, and the strong sentiment is that large businesses, including mining companies and banks, have a role to play," Mr Kirkland said.

"We believe the government will find strong support for proposals that prioritise fairness and share the burden of tax reform."

With recent debate around tax reform ranging from cracking down on profit shifting by multi-national companies to modifying the GST, common sense and fairness will win the day with consumers.

"There is majority support for limiting aged pension eligibility and superannuation tax benefits for the wealthy, while a sizeable minority of 45% want to wind-back the tax benefits of negative gearing," Mr Kirkland said.

"Against this, moves to increase the rate of the GST are opposed by 60% of Australians, while an even greater number oppose broadening the base to healthcare, education and fresh food."

The results show consumers are receptive to a comprehensive discussion about tax reform, looking across business, industry and individual tax arrangements, rather than a debate narrowly focused on the GST.

"None of this should rule out a wide-ranging debate about Australia's tax system and the Federal Budget's revenue base," Mr Kirkland says.

"But the clear message is that consumers are open to an informed debate about measures that are comprehensive and fair, not narrowly targeting household consumption."

The consumer pulse survey was designed and analysed by CHOICE with fieldwork by GMI/Lightspeed Research conducted with 1049 consumers aged 18–75 years between 17 and 24 March 2015. Final data has been weighted to ensure it is representative of the Australian population based on the ABS Census 2011. Cost of living questions about people's concerns with expenses is based on the total population including people who do not have a given expense. We have done this to represent the overall views of Australians.

The 2015 Federal Budget will be handed down on 12 May. CHOICE will be providing consumer-focused coverage which can be followed through our website and on our Facebook and Twitter feeds.