Should you freeze your eggs to help preserve your fertility?

Many women may be investing in a service that they either won't use or that won't work. 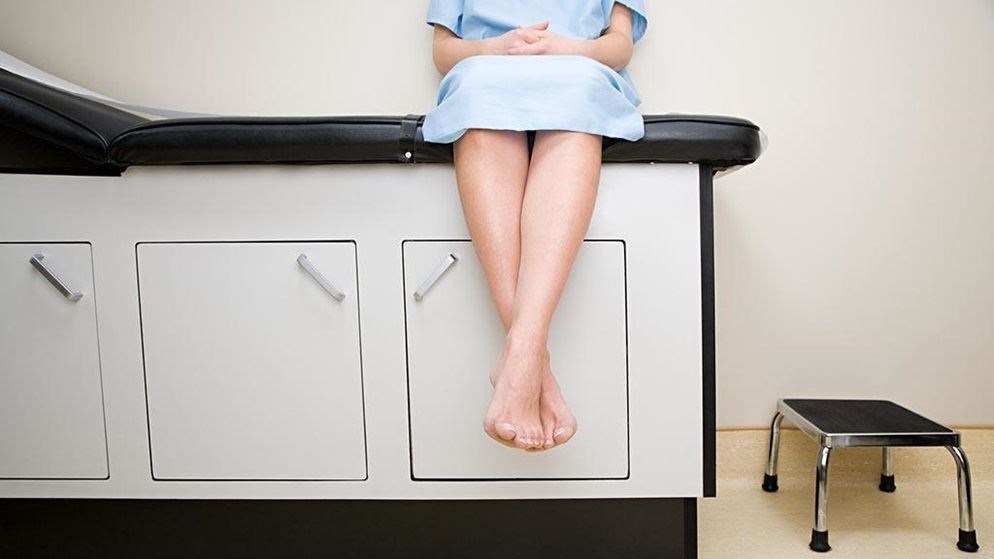 To freeze or not to freeze?

Women as young as 30 are being targeted by businesses advertising to freeze their eggs in order to extend their reproductive years.

But are they being frightened into paying for something they'll never actually use, while being sold unrealistic expectations?

Egg freezing: the who, what, why

Is egg freezing worth it?

Egg freezing is a deeply individual and personal choice, and the procedure shouldn't be advertised to women ad-hoc as a viable option for extending their fertile years.

Egg freezing has low success rates, that get lower the older the eggs are. But the way these services are marketed to women can build unrealistic expectations, leaving them thousands of dollars out of pocket with zero return on their investment.

If you're thinking about going ahead with the procedure, speak with a GP or a reproductive health professional first. Chat to your GP or a reproductive health professional before embarking on the process.

What is egg freezing?

Oocyte cryopreservation, or 'egg freezing', is the practice of preserving unfertilised oocytes (eggs) for later fertilisation, theoretically to extend a woman's reproductive years.

We say "theoretically" as there's a relatively low success rate for retrieval and freezing through to a healthy pregnancy and live birth from frozen eggs.

Why do women freeze their eggs?

Historically speaking, women have frozen their eggs for medical reasons, such as before undergoing cancer treatment. But more recently women have been accessing oocyte cryopreservation services for non-medical, or 'social' reasons.

Associate professor Dr Mark Bowman, medical director of IVF and fertility clinic, Genea, says women who freeze their eggs for non-medical reasons may do so because they're not in a position to start a family, but are concerned about their fertility declining as they age.

"They may be single, they may not want to put pressure on an existing relationship, or they may be in a place in their career where they are concerned that having a baby could cost them further progression," he says.

The business of selling egg freezing

There have been anecdotal reports of women as young as their early 20s being targeted by advertising through social media channels for egg freezing services.

A quick click through five Australian fertility clinic web pages on egg freezing show they all lead with the suggestion that women can put off having a baby now, while preserving their ability to have children later. Information about success rates, costs and risks feature further down.

A recent US study examining the content of advertisements promoting social egg freezing concluded that "many fertility clinics engage in biased advertising, they advertise the service persuasively, not informatively, emphasising indirect benefits while minimising risks and the low chance of successfully bringing a child to term."

Only two years ago, the Australian Competition and Consumer Commission (ACCC) found a number of Australian fertility clinics had made misleading claims about success rates and used medical terms in advertising, both of which could confuse consumers.

ACCC commissioner Sarah Court told the ABC's 7.30 program that some players in the industry had been "peddling false hope to couples desperate for a baby".

Egg freezing as an employee benefit

This message of "freeze now, just have your baby later" is also indirectly marketed to women through the workplace.

In 2014, Facebook and Apple announced that they would subsidise their female employees' elective (aka 'social') use of egg freezing to let women pursue their careers for longer, a move that Google and Microsoft have also adopted. 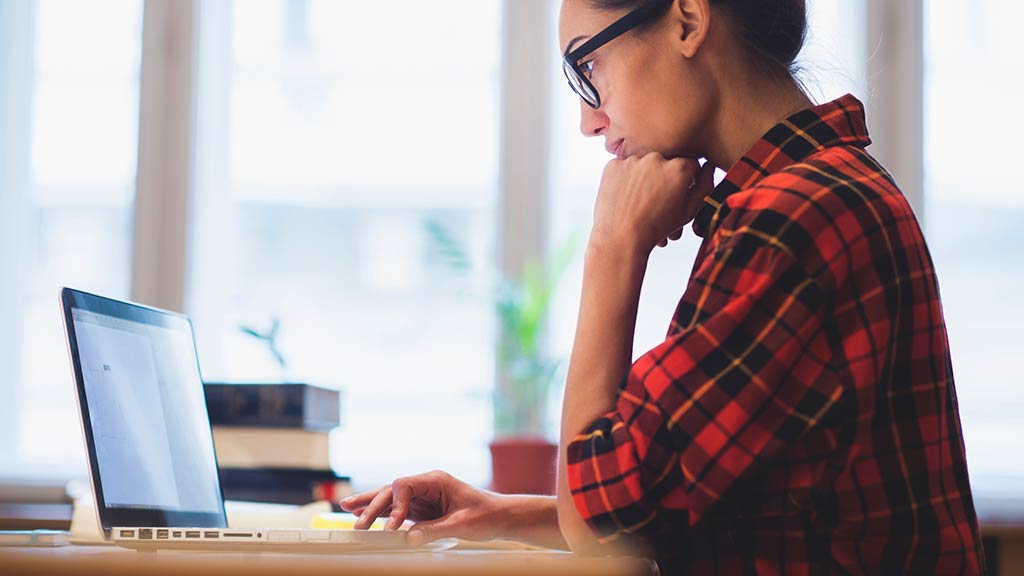 Some businesses are adding egg freezing to their list of employee benefits, encouraging woman to pursue their careers for longer before starting a family.

At the moment, these perks are limited to US companies, though late last year it was reported that Genea was in the final stages of discussions with several "prominent" Australian companies about paying for their employees to freeze their eggs.

Unfortunately, spruiking these services as an employee benefit contributes to spreading false expectations that it's a simple and surefire way to 'have it all'.

This is the crux of the issue with advertising egg freezing pre-emptively rather than leaving it in the domain of GPs and reproductive health professionals.

Through lies of omission (or smaller fonts), the marketing sells the service as something it's not – and women are being fooled by it.

The research supports the concern. A US study of 201 women who had frozen their eggs showed alarmingly unrealistic expectations of their ability to have a child using their frozen eggs.

What are the success rates?

IVF Australia says that for a woman under 35 years of age:

There are many factors that help determine individual success rates, but the age of the eggs at the time of freezing is a key one.

Broadly speaking, the older you are, the less eggs each round produces. A woman in her early 30s might have 15–20 eggs available for freezing after the hormone stimulation, but for women in their late 30s and early 40s the number is usually much lower.

Pregnancies from egg freezing after 38 years of age are unlikely

Age also affects how many eggs should be stored for the the best odds of success. Data from a recent US study suggests that to have a 75% chance of having one live birth, a 34-year-old would need to freeze ten eggs. This increases to 20 eggs at 37 years of age and 61 eggs for a woman aged 42 in order for them to have the same chance of success.

IVF Australia says pregnancies from egg freezing after 38 years of age are unlikely.

Quantity isn't the only factor when it comes to age – quality is affected as well. VARTA (the Victorian Assisted Reproductive Treatment Authority) reports the risk of chromosomal abnormalities and miscarriage increase with the age of the eggs.

"The balance is in being young enough to have the healthiest eggs with the best chance of survival and lower risk of genetic abnormalities, but old enough to have a better idea if you'll ever need to use them," says Bowman.

Ideally, eggs should be frozen when a woman is in her early 30s, but that means it may be years before the eggs are used.

"Beyond, say, 35 years of age, the advice is likely to be to try to fall pregnant naturally anyway, meaning there is a good chance you wouldn't use the eggs you previously froze," says Bowman. 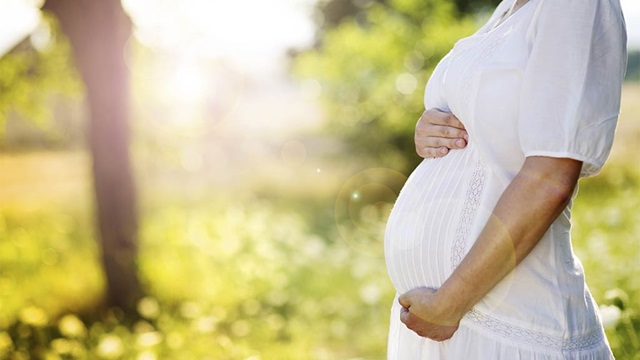 If you're under 35, there's a good chance you'll fall pregnant naturally, which means you won't use your frozen eggs.

"The risk of waiting too long to try (or to freeze your eggs), however, is that you may have undiagnosed fertility issues that don't emerge until that time, at which point your options have narrowed."

For context, while fertility varies between individuals, generally speaking a woman in her mid-20s has a 25% to 30% chance of getting pregnant every month. Fertility generally starts to decline from the early 30s, speeding up after the age of 35. By the time a woman is in her 40s, the odds of falling pregnant in any cycle is down to around five percent.

Bowman says that any woman who's considering egg freezing should talk to a health professional before making any decisions.

"There is a unique and individual balance of choices and medical considerations involved, and your doctor can help you work through all the pros and cons, specific to your medical history and lifestyle."

"In short, you need to be really clear that freezing your eggs is more often than not an investment that won't be realised," he says.

"If you are OK with that, and you understand you're buying yourself potential options but no guarantees, then you can decide if the cost and the experience is right for you."

How much does it cost to freeze your eggs?

The costs vary between clinics, but if you're undergoing an elective procedure you must pay the full amount of around $10,000 per cycle. (If you have private health insurance, ask your health fund if "reproductive services" will cover any of the costs.)

However, if you're seeking egg freezing for medical reasons you'll be eligible for a Medicare rebate of around $5000 per cycle.

Some of the consultations and tests may still be covered by Medicare – for both medical and elective egg freezing – so talk to your GP first and ask for a referral as well as an indication of what you may be able to claim.

Whether your treatment is medical or elective, you'll need to pay the monthly fee to store your eggs (Medicare doesn't cover storage costs).

These fees will add up to around $300 per year, often with the first six to 12 months included in the initial freezing process cost.

It's important to remember that stimulating and retrieving eggs is a medical procedure and, as such, comes with risks.

A small percentage of women may experience ovarian hyperstimulation syndrome (OHSS), a potentially serious condition caused by an excessive response to the fertility drugs used to stimulate the ovaries. Bleeding and infection are also very rare complications of the egg retrieval procedure.

A further consideration is the length of time eggs can be stored. You can only legally store frozen eggs between 10 and 15 years, depending on which state or territory they're stored in. You can apply to extend this, but requests aren't automatically accepted.