Kimberly Clark has launched a new flushable wipe product – but is it really safe to flush? 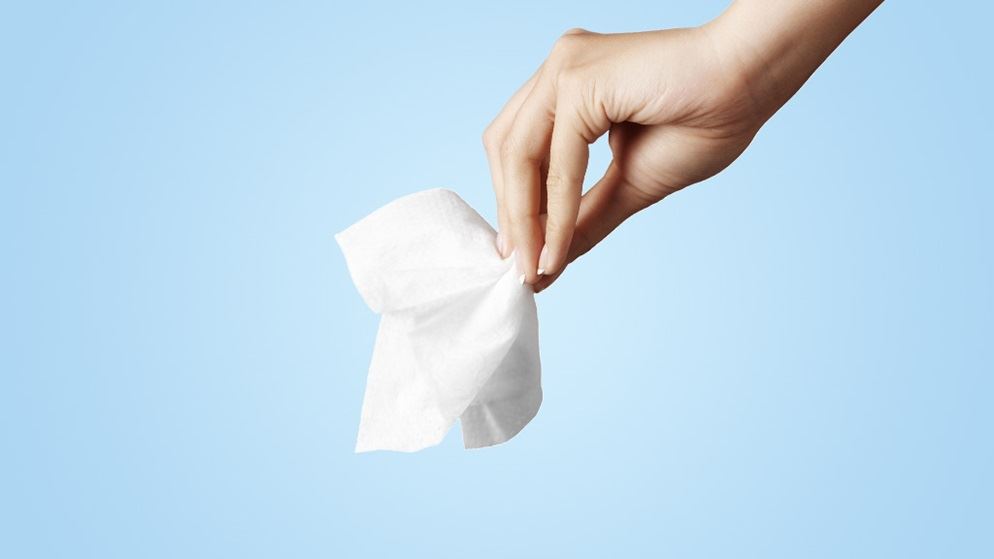 Nice try, but no cigar

Eagle-eyed consumers may have noticed there's a new type of flushable wipe in supermarkets. Slowly but surely Kimberly Clark has been swapping its Kleenex Cottonelle Cleansing Cloths for a new product, CleanRipple Flushable Wipes.

So what's the difference? The original Kleenex wipes were made from a woven, fabric-like material, while these new wipes are "paper based" and contain no synthetic fibres. This sounds like great news, but we've heard about flushable products before that don't do what they claim.

We decided to put them to test.

Join our campaign and tell major manufacturers and retailers you want these products off the shelves.

The Shonky history of 'flushable' wipes

Last year CHOICE awarded Kimberly Clark a Shonky Award for its claim that the woven Kleenex Cottonelle Cleansing Cloths disintegrated "just like toilet paper". Unfortunately this was not the case when we tested the product. We ran the wipes in an agitator alongside toilet paper and after 20 hours those flushable wipes were intact – unlike the toilet paper which totally disintegrated in no time at all.

Our in-house test backed up what consumers and wastewater facilities around Australia have been telling us: flushable wipes don't break up and are likely to block pipes. In fact, the problem has been estimated to cost the Australian wastewater industry $15 million a year (and growing) to clear blockages caused by 'flushable' wipes.

A whopping 75% of pipe blockages are thought to be caused by 'fatbergs' – an industry term for the solid masses of congealed grease, fat and products like wet wipes that form in the sewer system.

At the time of our original test in 2015, Kimberly Clark stated that its woven wipes were flushable due to technology that means they lose strength and break up when moving through the sewerage system after flushing. A Kimberly Clark spokesperson added that the product was tested for flushability using guidelines formulated by the major wipes industry associations in the US and Europe, INDA and EDANA (at the moment, Australia has no guidelines for flushability).

So, we're a little confused. Why reformulate a product that (they say) already works? We contacted Kimberly Clark to ask and they told us: "While our prior generation of flushable products did already meet the current INDA and EDANA flushability guidelines, we are continuously looking at innovative ways to improve quality and performance that goes beyond compliance."

Sounds good, but the proof is in the pudding, or in this case, the agitator.

Our CHOICE testers decided to run the new Kleenex flushable wipes against the older model and toilet paper (Kleenex, naturally) to see if this new product is truly safe to flush.

Four samples were tested in the agitator device provided by Sydney Water.

The four products were tested simultaneously, each in a separate vessel, for 21 hours in the agitator device with the agitation speed set at 100rpm.

For samples 1, 2 and 3, the agitator was left running continuously for 21 hours.

For sample 4, the new product, the agitator was stopped after one minute, after five minutes and again after one hour. The sample was examined at each stage, by removing sheets from the water and testing their tensile strength and integrity (i.e. how easily they could be pulled apart by hand and how much they had broken up under agitation). After the examination at the one-hour mark, the sample was returned to the agitator which was then left running continuously for an approximate total of 21 hours.

Separated into two or three large fragments during agitation and the water remained essentially clear. On removal from the water after 21 hours, they were found to be easily pulled apart by hand into smaller fragments. However, the wipes retained sufficient structural integrity and size to still potentially snag on any obstacle or form a blockage in a sewerage system.

Disintegrated almost entirely within a few minutes. Some very small clumps remained on the agitator arm and paddle and these broke apart extremely easily when taken from the water. The water became an opaque milky colour.

While the new wipes did break apart under agitation much more readily and rapidly than the previous generation wipes, they broke apart much more slowly and to a much smaller degree than sample 2 (toilet paper).

Sample 3 broke apart into several tiny fragments and a few large fragments within one hour. The water became slightly milky in colour as a result. After 21 hours, the large fragments were found to break apart very easily by hand.

Sample 4 broke apart into many small fragments and a few larger fragments. The water became somewhat milkier than for sample 3. The difference in outcome between samples 3 and 4 may be attributable to the manual intervention early in the test for sample 4, resulting in its sheets breaking apart sooner. At the one-minute and five-minute marks, some fragmentation had occurred and the samples were very easily torn by hand, but essentially remained in large pieces. At the one-hour mark, further fragmentation had occurred and the samples were even easier to tear by hand, though several large pieces remained and one of the sheets remained largely intact. After 21 hours, the larger fragments were removed and found to break apart very easily by hand.

However, the larger fragments of the wipes had retained sufficient tensile strength, integrity and size to still potentially snag on an obstacle. If such sheets were flushed down a toilet regularly, it is possible that over time the fragments could form a blockage in a sewerage system.

Sydney Water, which has taken a dim view of flushable wipes in any form due to the damage they've done to wastewater systems, has said it acknowledges "the improved product and packaging initiatives" of Kimberly Clark. The utility has not endorsed the new wipes, but it has taken the opportunity to call on other wipes-makers to lift their game.

"Blockages caused by bathroom products have been a big issue for water utilities and their customers across Australia for several years. It's costing the community millions of dollars every year to deal with the issues these products cause in the wastewater system," a spokesperson said in a statement.

"We now call on the rest of the wipes manufacturing and retail industry to quickly follow the positive lead of Kimberly-Clark/Kleenex and commit to developing clearer packaging guidelines and products suitable for both customer and urban wastewater systems."

So, are the new Kleenex wipes safe to flush?

Based on our results, we conclude that while the Kleenex CleanRipple Flushable Wipes are likely to substantially break apart after several hours in sewerage pipes, they break apart slowly enough that the pieces retain enough tensile strength and size to reasonably pose some threat of blockage, particularly in the early stages from flushing the toilet to exiting the pipes on a consumer's own property.

It's a step in the right direction in flushability for Kimberly Clark, but it's still a stretch to call these products flushable.

So while we wait for the development of a nationally agreed standard around what can be flushed and how it should be labelled, our advice is to play it safe and only flush the three P's – Pee, Poo and Paper (the toilet kind that is).