We get hands-on with Sony’s PlayStation 4 (PS4) game console, the follow-up to the popular PS3 game console. 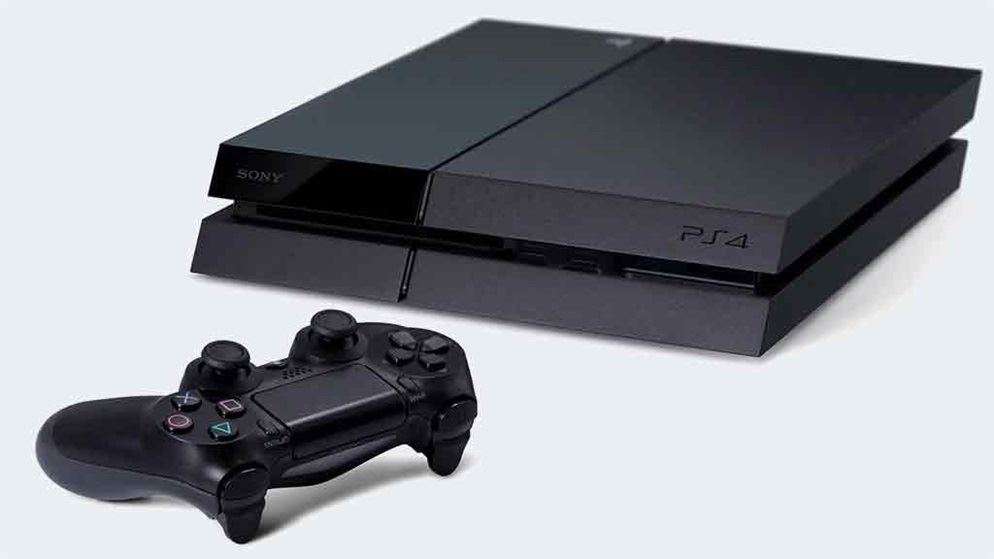 This is a review of the original PlayStation 4 that's been updated to include features and functions introduced through firmware updates. This particular model has been replaced by the PlayStation 4 Slim, which offers the same capabilities in a smaller form factor. The information and expert opinions in this review still apply to the PlayStation 4 Slim.

When we checked out the PlayStation 4 (PS4) just after launch in January 2014, it was a game-centric machine with little in the way of multimedia features. Since then, Sony has beefed up its music and video functions, which finally brought it into line with its predecessor, the PS3. There's very little difference between the PS4 and its main competitor Microsoft's Xbox One in 2017, but it has a couple of extra bells and whistles that give it a leg up in the gaming department.

Picking up your first games console? Check out our games console buying guide for a comparison of the major brands and their products.

When the PS4 launched, it was severely lacking in the multimedia department, to the point where the PS3 actually offered many more home entertainment features. But once-absent features such as DLNA, 3D Blu-ray and MP3 support have now been added via various firmware updates over the past few years. Most major streaming services such as Stan, Netflix, ABC iView, SBS OnDemand and Foxtel Now are available on PS4, as well as Spotify so you can stream music while gaming.

Unfortunately, this version doesn't have enough technical grunt to play 4K content, but Sony has released a souped-up version called the PS4 Pro, which supports ultra-high resolution video streaming and games. That said, Sony has added high-dynamic range (HDR) support to all versions of the PS4, which essentially creates a more vibrant, dynamic picture that's closer to real life.

Gaming with the PS4

The days where you could run a game from a disc seem to be behind us. Games must be installed to the hard drive, but you can start playing them before the whole game has finished installing. Even though the 500GB hard drive may seem big, some of the games require nearly 40GB each. You could find your console fills up quickly as more games are released.

Everything is more or less identical in the gaming space, the only major difference being SharePlay, which lets you play a game with friends over the internet even if you don't own a copy. If your friend owns the game, they can send you an invitation to play at the same time for a total of 60 minutes before the session expires.

Sony also launched a cloud-based rental service called PlayStation Now which is essentially the gaming equivalent of Netflix. Instead of downloading a game or buying a disc, you stream the content to your console for a monthly fee. So far, more than 600 PS3 and PS4 games are available all over the world, except Australia. Yes, unfortunately this service still hasn't made it's way to our shores, unlike Xbox Game Pass which is the Microsoft equivalent.

Online networking isn't compulsory and you can run the PS4 without installing the 300MB day one update, but you won't be able to access most features including media apps and online games without it. Once the update is installed you'll be able to download these apps without subscribing to the paid online service, PlayStation Plus, but you'll need to subscribe if you want to play games online. A PlayStation Plus subscription is $10.95 a month, $33.95 for three months, or $79.95 for the year.

This is on par with Xbox Live Gold, save for the three month plan which costs $29.95. A Plus subscription also includes a selection of free and discounted games every month, which remain active as long as your account is paid up.

Where the PS4 really shines is in sharing your in-game experiences. It constantly records game footage in 15-minute blocks without causing any noticeable drop in performance. You can save and share this footage on the PlayStation Network, Facebook or Twitter. There's also the option to stream your gameplay live for other users to view through the PlayStation Network using third party services.

These videos aren't small though, with 10 minutes of Call of Duty footage chewing up 613MB of space. So keep an eye on your internet plan's data allowance. Similar sharing tools are available on the Xbox One, but the recording and uploading process feels a little more streamlined and simple on the PS4.

So far, Sony is the only console manufacturer marketing a virtual reality headset. The market is still in its infancy, but PlayStation VR (PSVR) already has a large library of games that continues to grow. Developers are even releasing VR versions of their existing games such as Fallout 4 and Doom (2016).

It's not without its flaws, graphics don't look as good as they do on a TV, and motion sensing controls are just a little off. Plus most of the available games are fun in short bursts, but tend to lack lasting appeal. But it offers an immersive experience the Xbox can't match that's a heck of a lot cheaper and easier to use than the high-end PC-based models such as Oculus Rift and the HTC Vive.

Sony decided to stick with the DualShock controller design used on all PlayStation consoles, but the latest version, the DualShock 4, has been tweaked to improve comfort and versatility over the PS3 version.

The classic Start and Select buttons, which have appeared on PlayStation controllers since the first generation, have been replaced with Options and Share (used to share recorded footage and screenshots). This could annoy old-school gamers who are set in their ways, but the redesign works well in practice. A touch pad is tucked between the buttons, and we found it to be responsive and smooth.

If you own a PlayStation Vita handheld console, you can connect it to the PS4 via a Wi-Fi network and play PS4 games remotely. It works very well, as PS4 games are optimised to suit the Vita's unique controls, and you can turn on remote play without having to quit your game on the PS4 or reset the console.

It can also serve as a second screen, which could encourage developers to treat the handheld as an additional touch-screen controller, similar to Nintendo's Wii-U, but this feature seems to have fallen by the wayside as it's only been implemented in a handful of games since launch.

Although the PlayStation Eye motion-sensing camera is available as an optional extra, it's not essential unless you want to play motion-sensing games like Just Dance 2014 or use PSVR. If you buy one, you'll unlock a few extra features on the PS4 like basic voice navigation and face recognition.

Navigation is similar to the PS3, but much more streamlined, with a home screen that's split into two horizontal menus. The top menu is where you access the store, social content and system settings, and the bottom menu takes you to your games, media and PlayStation-related news. The bottom bar doesn't categorise its content, so you're stuck with a long list of games and movies to dig through.

If you get lost, the controller's prominent PlayStation button brings you back to the home screen with a single click. If you tap it while playing a game it also opens a quick access menu with essential system settings such as volume and device (controller, headsets etc) controls.

As you'd expect, the PS4's processors are much more powerful than those in the PS3. Games can handle higher quality graphics with greater detail and more simultaneous action, and loading times are quicker. Apps and games continue in the background when you return to the home screen so you can instantly dive back into the action.

Check out our TV reviews to see how we rate models from LG, Panasonic, Sony, Samsung, HiSense and more.

The differences between the PS4 and the Xbox One are minimal, which really brings your decision down to a question of brand loyalty and a few personal preferences. Little elements like exclusive games and the feel of the controller for example, will likely influence your choice. That said, Sony has the console-based virtual reality market cornered, and this alone could be the deciding factor depending on your interest in VR.

It's an impressive, affordable piece of technology in any case, that bundles a bunch of entertainment options into a single easy-to-use box, to the point where you could buy one purely for its multimedia capabilities outside of games, as long as you haven't made the move to 4K.