From Alaska to Europe, there's a cruise for everyone. 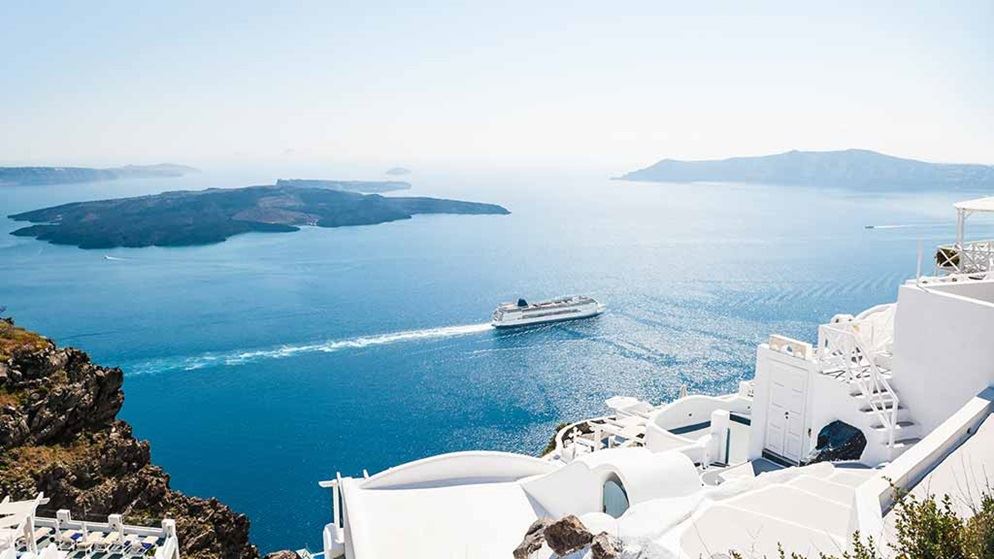 Where and when to cruise

In this article we break down the world's top cruise destinations, what they are known for and when to go.

Cruise season in Alaska is from mid-May to mid-September. The peak season is mid-June to mid-July, when the weather is best and daylight maximised. Low (or shoulder) season is May and September. It's warmest between mid-June and mid-August.

To experience midnight sun, visit in the three weeks before and after the summer solstice, 21 June. In general, wildlife-watching is best between late May and early June, but bear-watching is best from late June to early August. Autumn leaves are most spectacular in early September. If you wish to visit the Denali National Park, your best bet is to sail between May 20 and mid-September. Fishing is good during the entire season, with king salmon most plentiful in June, red salmon through June and July and silver salmon from July to September.

The South Pacific includes the islands of Fiji, French Polynesia (including Tahiti), New Caledonia, Samoa, Vanuatu, the Cook Islands and Tonga, among others. Popular activities include water sports such as swimming, scuba diving, snorkelling and surfing, hiking and nature-watching.

July to August is the high (and dry) season in the South Pacific, while the low and shoulder season stretches from November to April, when the wet season and hurricanes hit.

The pink sand beaches of Bermuda are its main attraction, along with water sports such as snorkelling and diving. High season in Bermuda is June through August, while off-peak is November to March. Shoulder season is April to May and September to October. October tends to be the rainiest month. Hurricane season is late August to October, but Bermuda doesn't tend to be badly affected.

The main attraction of Canada and New England itineraries tends to be autumn leaf-viewing, making peak cruising season September to October. The low/shoulder season is July to August.

The Caribbean includes the Cayman Islands,  Aruba, the Bahamas, Belize, Barbados, Antigua and the Florida Keys – and it's all about fun in the sun. Popular activities include water sports such as snorkelling and diving coral reefs, hiking through tropical jungles, exploring ancient ruins and partying.

The European river cruising season runs from April to October, plus during Christmas and New Year, with peaks in May to June and September. July and August are also popular, while March, April and October tend to be low season. Cruises may be interrupted by heavy rains (more typical between April and June) and long dry periods, which make rivers impassable.

Northern Europe and the Baltics

The Baltic Sea is home to the northernmost region of Europe and includes countries such as Sweden, Denmark, Norway, Russia and Finland. Cruises to Northern Europe are popular for visits to historic cities, stunning scenery and a buzzing cultural scene and nightlife. Top ports of call include cities such as Russia's St Petersburg, Sweden's Stockholm and Denmark's Copenhagen. Norway's fjords are also a spectacular destination.

Peak season is in the height of the hemisphere's summer, late June to August, with shoulder season in early June and September.

The islands of Hawaii, with their waterfalls, rainforests, volcanoes and national parks, are popular for water sports, whale-watching, hiking and general lazing and relaxing. Pearl Harbor is a popular historic site.

High season in Hawaii is March to April, June to August, and during school holidays (especially during the US school breaks). Low season is May, August (outside of holidays) and November. The dry season is April to October and the wet season from November until March. January is cool and wet, but good for whale-watching (the whale-watching season runs from November to May).

The Eastern Mediterranean includes the Adriatic/Dalmatian Coast, the Black Sea, the Greek islands and Israel – it's popular for history buffs as well as beach-lovers. The Western and Southern Mediterranean offers the beaches of Italy, France and Spain and the Arabic flavour of Morocco, Tunisia and Algeria.

The Eastern and Western Mediterranean high season stretches from May to August, with June to August being particularly busy. Travel during this time and you'll be met with congested ports and a tourist crush at top destinations. The shoulder/low seasons are in March and April and September to November. The weather is nice in spring and early autumn but November can be rainy. The Southern Mediterranean high season stretches a little longer, from May to September, with the off-season during winter.

The Mexican Riviera, which includes Cabo San Lucas, Mazatlan Acapulco and Puerto Vallarta, is a popular destination for fans of water sports such as kayaking, swimming and snorkelling, and for history buffs interested in Mayan ruins.

Mexico tends to be a year-round cruise destination. The high season is late January to mid-April, and June to August. The low/shoulder season is early January, May and October to November. The dry season stretches from mid-October to April, while the wet season runs from May to mid-October, with hurricane season June to November.

If you'd like to experience cruise life but prefer not to travel too far, or you have limited time, you can stick close to home with an Australian or New Zealand cruise. In Australia, a top destination is the Great Barrier Reef, while in New Zealand you'll experience incredible scenery, including mountains, lakes and glaciers.

High season for Australian cruising runs from December to April, while the winter months of June to August are off-peak. Similarly in New Zealand, December to February is the high season, while May to August is low/shoulder season.

How to avoid trouble on cruises

What to take with you on a cruise