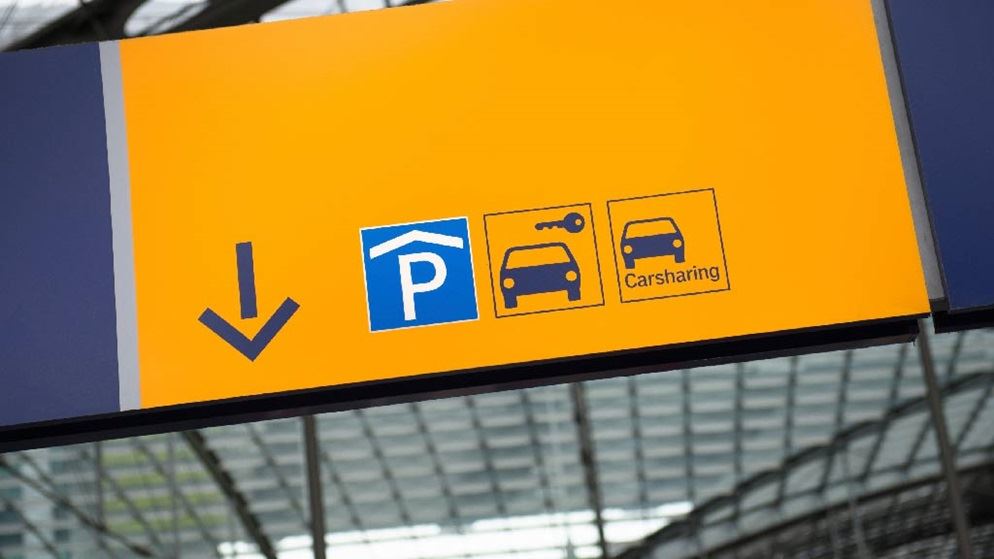 Why improve customer service when you don't have to?

Travellers wanting to take advantage of the convenience of airport parking may instead find themselves the victims of an overpriced and under-delivered service – the unwelcome side-effect of dealing with a monopoly.

One handy thing about having a monopoly on something is that you don't have to worry about delivering good service. What are customers going to do – go elsewhere? There is no elsewhere.

Our hand luggage reviews reveal the cabin rollers that are easy to use and tough.

The other advantage is that you can overcharge people, since there's no one else out there to compete on price. It's a situation that can lead to some hefty profit margins.

Airport parking is a clear example of a monopoly enterprise. Sure you could park your car somewhere else and take a taxi or a shuttle bus to the terminal, but is that a reasonably convenient option? Probably not, which is why only a small proportion of travellers use off-airport parking or private buses.

The ACCC has long taken an interest in the lack of competition for airport services, and it publishes an annual Airport Monitoring Report, which focuses closely on the parking issue among other things.

You can see why airports are on the ACCC's radar, since they're pretty much monopolies by definition. (After all, you don't usually have the option of saying, "You're charging me what? Okay, I'll just take my business to another airport then.")

In a 2011 submission to the Productivity Commission, the ACCC acknowledged that its regular monitoring activity "does not present an effective constraint on airports setting monopoly prices".

"There are no effective constraints on the airports' market power in car parking under the current regulatory regime," the competition regulator said, adding that "the risks of the major airports exercising market power warrant a regulatory response".

So far that hasn't happened, and in the 2013-14 ACCC monitoring report (published in April 2015) the regulator again put a fine point on the issue.

"Australia's major airports are near-monopolies with significant market power. An unconstrained monopolist can charge higher prices and earn monopoly margins while lacking the incentive to undertake timely investment and improve the quality of their services."

The recent airport parking experience of one CHOICE staffer certainly bears out this theory (see below).

The most recent ACCC Airport Monitoring Report, published in March 2016 and covering 2014-15, once again paints a picture of a service provider with a stranglehold on the market. All four airports continue to enjoy eye-watering profit margins on their car parks while delivering so-so service.

Just how high are the margins? Try 73.2 cents and 71.6 cents on the dollar for Melbourne (Tullamarine) and Sydney airports, respectively. Perth and Brisbane aren't far behind.

"The high profit margins of the airports indicate that they do not face much competitive pressure," ACCC Chairman Rod Sims said following the release of the 2014-15 report.

Who makes the most from parking?*

Monopoly extends beyond the airport

Big airports not only have monopoly power when it comes to on-site parking, they also control access to drop-off points by off-site parking shuttle buses and other transportation services, which means they get a piece of that action as well.

How to save on airport parking

If not exactly the deal of the century, booking a car spot online can mean big savings over what you'd otherwise pay – especially if you're parking long term. The discounts on offer can mean a saving of up to 66%.

Whether the online booking system works as advertised can be another matter (see our case study below).

One CHOICE staffer was recently put through the wringer by Sydney Airport Parking and has vowed to never go back – unless of course he needs to park at the airport again. It's worth pointing out that Sydney Airport Parking's operating expenses in 2013-14 went down by 10.6% while its profits went up by 11.8% compared to the previous 12 months. On the face of it, it looks like a formula for customer dissatisfaction. Here's how the story unfolded.

Chapter I: Our staffer pre-purchased an $80 overnight parking voucher, which instructed him to scan the bar code at the boom gate. If that didn't work, the instruction from Sydney Airport Parking was to insert the credit card he used to make the purchase.

II: With a car full of fidgety travellers and just enough time to make the flight comfortably, our staffer scanned the bar code at Sydney Airport Parking's P1 parking area entry five or six times and – nothing. The boom gate didn't budge.

III: No worries – he inserted the credit card he'd used to make the purchase (as instructed) and, voilà, up came the gate and out came a ticket he assumed should be inserted on departure.

IV: A sign at P1 indicated there was plenty of parking, but it didn't mention that all the parking was in P2.

V: How did our staffer find out that P1 was full? By driving up every ramp and through every level and noticing with increasing frustration that there were no empty car spots.

VI: After finally finding a spot in P2 it took our harried travellers five minutes or so to figure out how to get to the terminal, since the signage was either nonexistent or confusing.

VII: The next day at 11pm the travel party attempted to exit the car park, but the boom gate again refused to yield after our staffer scanned the bar code and then inserted the ticket. In went the credit card – as instructed by Sydney Airport Parking – and up went the gate.

VIII: All seemed in order, until our staffer noticed an extra $119 charge on his credit card statement on top of the $80 he'd already paid. A quick call to Sydney Airport Parking HQ will straighten this out, he naively thought.

IX: Sydney Airport Parking asked him to send though the docket he received when exiting the car park. He did so.

X: After our staffer made a follow-up call to break the silence, an explanation finally came through via email. According to Sydney Airport Parking, our staffer had failed to "successfully identify your booking upon car park entry". He pointed out in a return email that he had tried to scan the barcode and then resorted to using the credit card he'd used to make the booking, as instructed.

XI: There was no reply on this point, but Sydney Airport Parking graciously offered a $119 credit or a refund minus a $28 administration fee. Instead of the money going back onto his credit card, though, our staffer would have to provide direct deposit bank details. The refund would come in two to three weeks.

XII: Our staffer refused to pay the $28 fee and demanded a full refund.

XIII: Eight days and a few terse email exchanges after the incident occurred, a full refund magically showed up in our staffer's bank account. Sydney Airport Parking did the right thing in the end, but they still won't be receiving a high customer satisfaction score. Will our staffer park there again? Only if he needs to use the airport.