Holiday-proof your home with smart devices 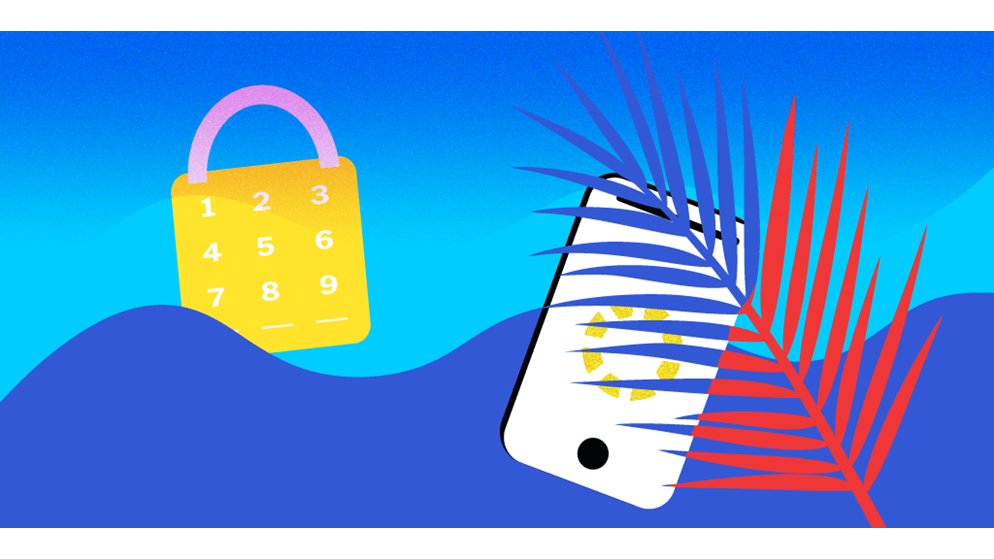 This article was written by Jon Chase of Wirecutter (New York Times group) and republished by CHOICE. It was originally published on the Wirecutter website. You can read it here in its original version. Illustration: Sarah MacReading © 2019 The New York Times.

It was at our mortgage closing, when the seller received an eye-popping $900 final water bill, that I first developed FOGA: The Fear of Going Away. Apparently, when they vacated the house, a couple of running toilets and a leaky faucet had gone undetected, draining more than 47,000 gallons (178,000 litres) in a single month – about eight times more than normal. As with the wisdom about liberty, it seemed the price of home ownership would be eternal vigilance.

The lesson was reaffirmed that winter. Shortly after arriving for a Presidents' Day weekend ski vacation in the Poconos, I received The Call: Our renter had pulled the battery from the chirping smoke alarm that connected to the boiler and water heater, causing them to shut down. It was 27 degrees out (–3 celsius), and I was a three-hour drive away. My FOGA levels surged.

Such unwelcome discoveries became the norm. During various trips away from home over the next year or so, there were visits from porch pirates, who twice nabbed packages we hadn't been expecting. Oh, and a bike thief. A puddle under the dishwasher. And the discovery that the cellar door had been left open to the elements for a rainy week.

Then one day I finally got smart. And later, when a frantic call came from guests who couldn't get our door to unlock, I hung up the phone, held it aloft, and commanded Siri to trigger the smart lock I had recently installed. Siri did it instantly, I was a hero, and it was glorious.

I've since outfitted our home with a range of smart devices that have all but eliminated my FOGA. Some devices keep an eye on our place and send me an alert if something is amiss. Others automate things and make it less evident we're away. And I like being able to remotely drop in from anywhere to control some devices – a lock, lights, the thermostat – to make sure all is well.

Besides convenience, there is a more practical value to installing smart devices: The Insurance Institute (US) says that 98 percent of annual claims are from property damage, and although fires account for the highest costs, one in 50 homes suffers water damage – with an average claim over $US10,000. What I find particularly appealing is that I can pick and choose the devices that work best for my needs, and that I'm not on the hook for yet another monthly fee. Here are several ways you can protect your home while you're away, from the quick and cheap to the more involved and more costly.

Heading overseas? Check out our destination guides for the best tips for your next adventure to Thailand, Indonesia, the US, UK, Europe and many more places.

Before breaking out tools and tech, the first step in holiday-proofing is to check off the basics. Deputy inspector Jessica Corey, commanding officer of the NYPD's Crime Prevention Division, says that you have to minimise the appearance that no one is home. "Don't leave a note on the door for the mailman or deliveries – stop your mail or get someone to pick it up. And if your drapery isn't normally closed, it shouldn't be while you're away either."

For stretches longer than a week, hire someone to mow the yard and put out and collect your garbage cans on schedule. Turn off the water-supply valves to the clothes washer and dishwasher, and even the toilets. Above all, ensure that a neighbour is on board to check on things and has a set of spare keys, including for your cars. As a failsafe, I place a set of keys in a combination lockbox that hangs from a doorknob – in an emergency, anyone with the combination can get in.

A smart plug can turn on and off a lamp on a set or varied schedule. Better yet, get a three-pack and turn on their Away mode, and your lights will randomly turn on and off in set periods to better simulate an occupied home.

A smoke alarm is useful only if someone is there to hear it. For our rental unit I installed a Roost battery: If the alarm goes off, I get a notification on my phone, and I can set it to ping a neighbour or family friend, too.

Better options, with a budget

Conspicuously mounted outdoor security cameras, such as the Nest Cam Outdoor, do a great job of dissuading potential burglars. I have one set under our front stoop that sends a notification and a video clip if someone approaches the basement door. Mounted on your house, a camera also lets you check on your property after inclement weather, a huge help if you have large trees or suffer from flooding. And Corey strongly advises against mounting fake cameras: "If you're going to mount a camera get a real one – dummy cameras give you a false sense of security."

You can install a low-cost motion-sensing camera inside your home as well, and it'll send word whenever anyone – a housesitter, dogwalker, repairperson, or potential burglar – crosses its path. It also lets you see live video and even communicate walkie-talkie style if need be.

Along with wind and hail, water is one of the most common sources of damage for homeowners. Tiny battery-powered moisture detectors such as the iHome Control Dual Leak Sensor, placed near a water heater or sewer drain, connect to your home's Wi-FI and send an alert to your phone if they sense a leak or flood.

Corey recommends using lighting timers, as long as you "make sure the lights and televisions and other items come on at different times, not always on the same schedule". I've found that smart bulbs, such as Philips Hue or LIFX bulbs, are far easier to program and have "scenes" to trigger randomly. They can also trigger in connection with a motion sensor or another smart device such as a lock, an additional burglar-busting feature. "I strongly suggest having motion-sensor-activated lighting around the outside of the house – it's one of the cheapest forms of security you can have," Corey said.

The works: A restful vacation

I installed a smart lock, the Yale Assure SL Connected by August, because it eliminates the need to copy physical keys and keep track of them. I use an app to create a code anytime for anyone who needs to come by – the housesitter, an Airbnb guest, the flooring person – and get a notification when they come and go. And I can disable access when I get home without needing to collect keys. I also set it to auto-lock if someone forgets. It's low-profile and attractive, unlike many keypad locks.

A doorbell camera pings my phone whenever someone is at the door, which is great as I can speak to them as if I were home or ignore them while still knowing who is visiting my front step. The model I installed, the Nest Hello, sends alerts if it sees motion. It does double-duty as a security camera since it records video 24/7, which I view on my phone. That way I can consult the video if something bad actually does happen, or if I just need to catch the jerk who keeps letting his dog poop on my sidewalk.

To avoid frozen pipes in winter and scorched plants or pets in the summer, a smart thermostat like the Ecobee3 Lite adjusts the temperature in preferred ranges while using the outdoor temperature as reference (extreme temperature swings prematurely age your house as well). It also can pair with tiny sensors you place on a shelf to turn things off when people are gone.

My next smart device will be a water-shutoff valve, like the Flo by Moen (I haven't tested it yet). It attaches to your water supply and uses AI to detect a leak as slight as a dripping faucet and sends you a notification. In the event of a catastrophic leak such as a burst pipe, it automatically shuts off your water; you can turn the water back on with the app or manually with a wrench. Some insurance companies discount your premium by a few percent if you have such a device, but for me it's worth the expense just for peace of mind.

As an alternative to a whole-home, professionally installed security system, DIY versions such as SimpliSafe and Abode let you mix and match compatible security sensors – motion, door/window, water – with some popular smart devices like many mentioned here, but without an ongoing service contract. You can get alerts on your phone when you're home, and when you go away you can pay a modest fee for professional monitoring, so you get the best of both worlds.