We take a closer look and compare cards from the big banks and airlines. 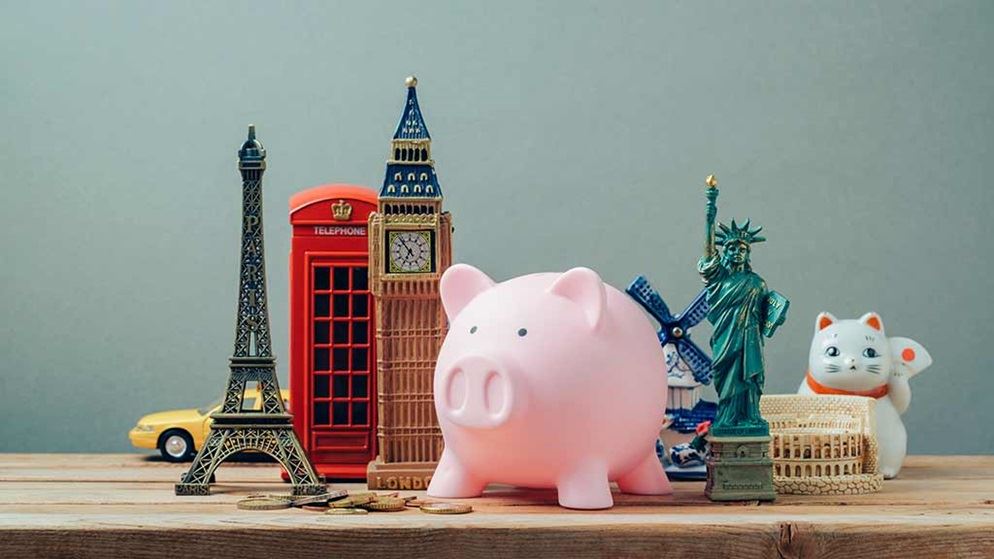 If your head hurts after pondering the prepaid travel money card market, you're not alone.

Whether you're better off with a travel money card or using the bank card linked to your transaction account depends on many factors.

We compare both options so you can choose what's best for you.

Do I really need a travel money card?

If you're travelling for a couple of weeks or more and are planning to shop, a travel money card may be a good idea. You'll know the exchange rates (minus a fairly hefty margin applied by the travel card provider) and overseas charges in advance – both of which may be lower than the bank card linked to your transaction account.

If it's a quick jaunt and your total spend outside of hotels and air travel will be limited to $1000 or so – and your ATM use will be minimal – a travel money card probably won't be cost-effective.

Exchange rates: what we found

We tracked and compared the exchange rates for the US dollar, New Zealand dollar, British pound and the Euro offered on the 11 travel money cards in the table below for 10 business days.

What we found confirmed the conclusion we reached in earlier investigations of the travel money card market – while there's variation in rates between the cards from day to day, no one card stands out from the others by consistently offering a substantially better exchange rate that's not offset by other fees.

Travelex Money Card consistently offered a slightly better exchange rate over the 10-day test period. For example, on one test day we found:

But the savings with the Travelex Money Card are offset by other fees that cards with slightly worse exchange rates don't charge, such as a 1.1% (or minimum $15) initial loading charge and a closure fee (see table below for details).

So the $10,000 Travelex Money Card load would cost you $110, taking a hefty chunk out of your exchange rate savings.

And both the Travelex Money Card and the Travel Money Oz Currency Pass have the highest cross-currency conversion fees (a whopping 5.95%) in our comparison.

To its credit, the Travelex Money Card doesn't charge overseas ATM fees (though the local ATM operator almost certainly does).

Make sure the wheels don't fall off when you're travelling. See our carry-on luggage reviews.

On the day we checked:

The exchange rates on offer with travel money cards are pretty ordinary, but there may be an argument for locking in a comparatively favourable official exchange rate, wearing the margin, and ending up in a good place should the exchange rate for the currency in question become less favourable while you're travelling. You'd have to be good at predicting exchange rate fluctuations.

Fees to watch out for

Fees for the card itself

Fees for using (or not using) the card

Be sure to read the product disclosure statement (PDS) of the card in question for fees not included in our table.

Which is the best travel money card?

Taking all the above caveats into account, there are a couple of cards that stand out from the crowd on paper. But it should be noted that user experience will vary, and we've seen quite negative customer service reviews for both cards. It seems to be a case-by-case thing.

What happens to money left on the card?

In October 2014, ASIC convinced the Commonwealth Bank to make $2.2 million available to about 45,000 customers who had money left on expired Commonwealth Bank Travel Money Cards. But it was up to the cardholders to get in touch with the bank and ask for a refund, not the other way around.

In August 2015, ASIC completed an industry-wide review and obliged card issuers who forced cardholders to forfeit leftover funds (which the ANZ, Westpac and Australia Post cards did at the time) to change their terms and conditions.

If it weren't for ASIC's intervention, $3.5m sitting on expired ANZ cards in amounts less than $500 would have been turned over to the bank after three years. Now cardholders can reclaim funds on all expired travel money cards.

In the Commonwealth Bank case, leftover money had to be claimed by card customers within three years after the card had expired, after which it would go into the government's unclaimed money fund (officially called the Commonwealth of Australia Consolidated Revenue Fund).

You can attempt to reclaim money from this fund any time, but you'll need to prove you're entitled to it (and you can only search for amounts of $500 or more on ASIC's unclaimed money finder).

If you're just heading overseas for a matter of weeks and want to use the bank or credit union card that's linked to your transaction account, be prepared to pay a fairly punishing exchange rate margin with every transaction along with other overseas charges (see table below for a full breakdown of bank cards).

With the big four banks – Commonwealth Bank, ANZ, NAB and Westpac – it's $5 per ATM withdrawal and 3% currency conversion charge for purchases (so if you spent $1000 on your card, you'll pay a $30 charge).

All up, these bank card charges can easily exceed the costs of a travel money card, but the convenience may outweigh the costs. It will depend how often you use your bank card. The less, the better.

To see how your bank card sizes up, check our comparison table. Not surprisingly, the Big Four banks hit you with some of the highest overseas charges. And be forewarned: the ATM fees listed don't include fees charged by overseas non-network ATMs, which can be steep.

Other things to consider

It should be noted that CHOICE has heard more than a few travel money card horror stories featuring travellers temporarily stuck without funds far from home because, among other things, the re-loading process didn't work as advertised and customer service proved hard to reach and not particularly helpful.

These appear to be isolated incidents that have more to do with whichever customer rep happened to be on the job at the time rather than a serial problem with certain card providers, but it's something to bear in mind when making a travel money decision.

It also doesn't help that hotels generally won't accept travel money cards because these cards don't offer a credit function, which means hotels can't keep the details on hand for any additional charges you may rack up.