Where and when to ski and snowboard in New Zealand. 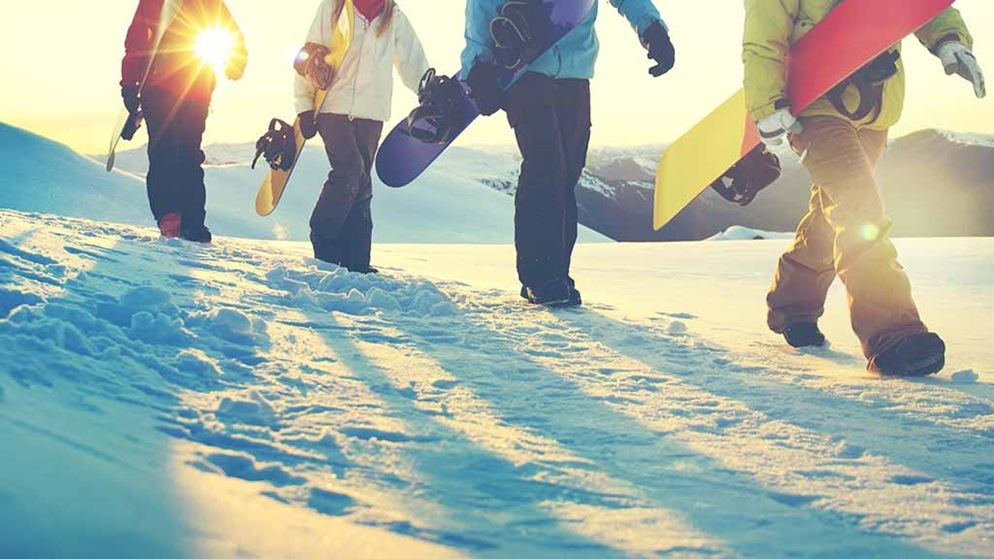 Chill out in NZ

The New Zealand ski season is a bit longer than Australia's, running from June to late October, weather permitting, with August being the peak month. And if you'd like to experience a real white Christmas, you can even ski at Mt Ruapehu on the North Island in December when the conditions are right.

Apart from New Zealand's commercial ski fields that are run by private operators (like those in Australia), there are also club ski fields, which are run by non-profit ski clubs.

Getting from the airport to your hotel, tips for hiring a car, and what to look out for when booking accommodation - download the New Zealand travel guide.

There are 25 ski fields in New Zealand, 18 of them commercially run, and the rest are smaller club-run ski fields. Just four of the ski fields are on the North Island, with the rest on the South Island.

On the North Island, most of the skiing happens on the volcano Mt Ruapehu which boasts New Zealand's two largest ski fields, Turoa and Whakapapa, along with the club ski field Tukino. Mt Ruapehu has the highest lift access and the longest vertical drop in Australasia.

The North Island's other ski field is Manganui, about a 45-minute drive from the Opunake surf beach on the southwest coast – handy if you can't decide between a sand or snow holiday.

There are three main ski regions on the South Island:

Advanced skiers would do well to consider Craigieburn, which gets the gong from the popular Powderhounds website (compiled by ski enthusiasts) for categories like best advance terrain, best expert slopes, extreme terrain – you get the picture. Families should take a look at Cardrona and Whakapapa, both named best family resort. Cardrona gets a mention again as best beginner ski resort along with Mt Dobson. For skiers on a budget, Powderhounds calls out Mt Dobson and Roundhill for being easy on the hip pocket.

According to Powderhounds, Treble Cone, Cardrona and Mount Hutt are the best overall based on infrastructure, terrain, family friendliness, snow and cost.

Tip: If you can't decide on a single ski field, consider visiting a few. New Zealand is small enough for you to get around to several resorts in one stay, and there's a range of multi-mountain passes designed each season to save you some money, such as the Chill Travel Pass, The 3 Peak Pass from The Mountain Collective, as well as the Queenstown Superpass and the NZ FlexiPass.

Tip: Most resorts have deals where kids under a certain age are free to ski, which could be a real drawcard if you find an offer that works for the age of your kids (the ages vary from resort to resort). But note that this just applies to lift passes (you still have accommodation, lesson and gear costs) and always check to see how suitable the resort is for families.

What's the best time to travel to New Zealand?

Club ski fields are generally smaller ski fields run by private ski clubs that are open to the public. They're usually not groomed, which means they're often more suitable to intermediate and advanced skiers, and best after fresh snow. Facilities and accommodation tends to be fairly basic, and instead of chair lifts you'll find rope tow or t-bar lifts. There are no day spas, boutique shopping or fancy restaurants here.

On the plus side, it's usually a cheaper way to ski than at the major commercial fields (average day lift pass is $NZ70 compared with $NZ100 on the South Island commercial slopes and $NZ125 on the North Island), it's less crowded, and there's more accommodation right on the slopes or even ski-in ski-out (so you can ski right from the front door) than you'll find on the commercial slopes.

You may not get facilities like childcare, but some clubs have ski schools for kids.

It's not all downhill

There's no shortage of options for skiing or other activities in New Zealand, but make sure it's covered by your travel insurance.

Snowboarders will find plenty of good rides at all the ski areas, but Ohau (near Mt Cook) and Wanaka are especially popular. The pipes and parks for boarders at Cardrona near Wanaka in particular are a magnet for all levels of skill from 'butt draggers' to 'shredders' (translation: beginners to advanced).

If you're an experienced skier and up for the challenge, you can try heli-skiing in New Zealand (a sport that's not available in Australia). A helicopter drops you in backcountry terrain and the only way out is down, usually through tons of fresh powder. The big companies operate out of Methven, Mt Cook, Wanaka and Queenstown.

Tip: Feeling guilty about the carbon emissions your heli-skiing trip will be pumping into the pristine New Zealand air? Some heli-skiing companies offset their emissions, otherwise you can buy carbon points at offset sites like Carbon Neutral Charitable Fund (cncf.com.au).

Like heli-skiing, cat skiing gives you guided access to backcountry runs covered in virgin snow, but you're ferried about in a snowcat, a grooming machine with a cabin that can take passengers. The good thing about snowcats is they can still run even when helicopters are grounded due to weather. Cat skiing is usually less than half the price of heli-skiing – five runs at Tukino will cost you $NZ180.

New Zealand has a dedicated cross-country ski park, Snow Farm, which is between Queenstown and Wanaka.

If you don't want to bother with weather reports or lugging your gear onto the mountains, you can skip the great outdoors altogether and ski at Snowplanet, an indoor snow facility 20 minutes north of Auckland.

Other things to do when not skiing

The larger commercial resorts offer ski gear hire on the mountain, and may even store it overnight for you to save you lugging it up and down to your accommodation each day. But you could save some money by picking it up in a nearby town before you get to the slopes, and booking it online in advance.

Even if you hire your gear, you'll still need to BYO goggles, beanies and gloves – they often can't be hired for health reasons. The best goggles have a low-light lens for snowy conditions with UV protection for the sun.

There's plenty of accommodation options for skiiers, ranging from dorm-style bunk rooms to high-end resorts. Most accommodation is some distance away from the commercial ski fields, but Porters and Cardrona offer accommodation that's right on the snow. Our accommodation guide has tips on the best booking options.

If you want ski-in ski-out quarters, the club ski fields have many more options if you're willing to trade facilities and niceties for convenience.

With so few accommodation options on the commercial slopes, you'll likely need to hire a car to get around, or you can take a shuttle bus up most mountains. Bookings are essential for some shuttle services, but even when optional it's always good to pre-book to ensure a seat.

Some of the roads up to the ski areas are also pretty hairy – the drive to the Remarkables is particularly notorious – so take it very carefully. Some of the ski resorts make it mandatory for drivers to carry snow chains for their car tyres, which are to be used when conditions require. Chains can be hired in towns near the ski fields, but we found a car hire company offering them as an extra for around $45 per hire.

Travelling by train is also a great way to get around New Zealand. Or check out the domestic flight, bus and ferry options with our transport guide.

You can fly to New Zealand from the east coast of Australia in about three hours.

You can fly direct to:

Our guide to New Zealand airports gives more information on where the airports are located and how to get from the airport to your accommodation.

Australia has a reciprocal health agreement with New Zealand but you'll still need travel insurance that covers skiing to pay for emergency ambulance transport and evacuation or medically assisted repatriation to Australia.

There's been great progress over the years in slope and equipment design to make skiing a safer activity. But as NZSki (the company that owns The Remarkables, Coronet Peak and Mount Hutt ski fields) reminds us, the basics still need to be observed. He's provided the following checklist to help skiers and snowboarders stay safe when hitting the slopes in New Zealand. 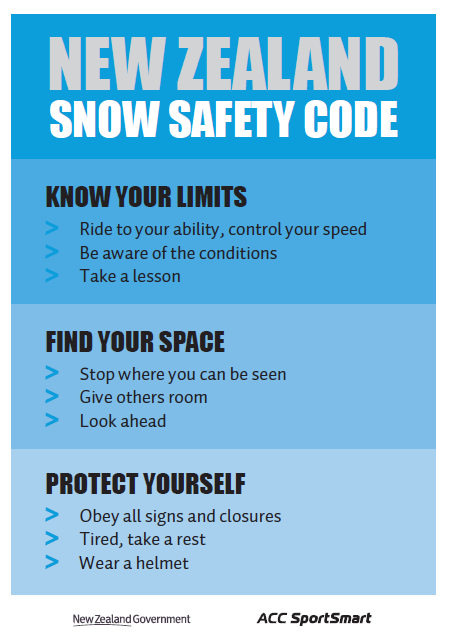