New Zealand is considered the home of bungee, and that's just the start of their long list of adrenalin-inducing activities. 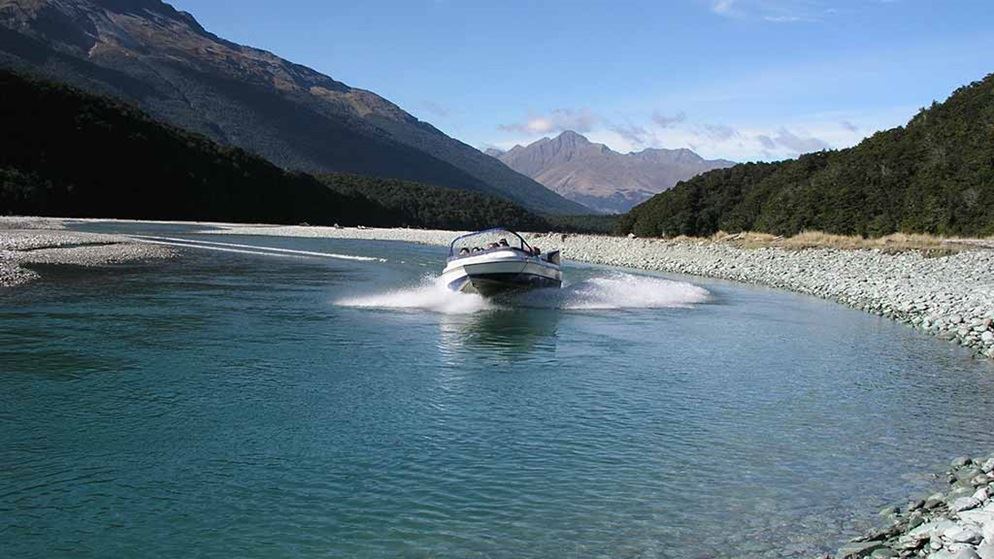 Many a tourism campaign has been built around New Zealand as the ultimate destination for fans of extreme sports. And in this case, the reality lives up to the hype.

From bungee jumping to canyoning, jet boating to mountain climbing, there's a smorgasbord of adventure sports guaranteed to raise the heartbeat and remind you that you're alive.

Many of the activities lay claim to being the world's highest, fastest, biggest something. The Kiwis are also masters at whacking the word 'heli' on the name of an activity and giving you a whole new extreme sport that now involves a helicopter ride as well.

Here are some extreme adventures that the Kiwis practically invented, along with some you've probably never heard of.

Getting from the airport to your hotel, tips for hiring a car, trip planners, and what symbol to look out for when booking accommodation - download the New Zealand travel guide.

There's a reason New Zealand is considered the home of bungee jumping. OK, so adventurous types elsewhere in the world may have been testing gravity while tied to an elastic rope (or even vines!) for many years, but New Zealand entrepreneurs AJ Hackett and Henry van Asch were the first to commercialise bungee jumping when they 'launched' Kawarau Bridge Bungy near Queenstown in 1988.

Now there's at least seven bungee jumps across New Zealand, including jumps that fully submerge you in water, tandem jumps you can do with a friend, and night jumps.

The highest bungee jump in New Zealand is The Nevis Bungy, set 134m above the Nevis River outside of Queenstown.

In case throwing yourself off one of the world's highest bungee jumps isn't enough of a thrill, the Nevis River is also home to the world's biggest swing. Don't be fooled – there's nothing childish about The Nevis Swing. Strap yourself in for a thrilling 300m ride, suspended 160m above the water.

The Shotover Swing at Queenstown may not be the highest swing, but it claims to be the "the world's highest cliff jump", and starts with a 60m vertical freefall down sheer rock face. If you're on the North Island, you can swing at the Taupo Cliffhanger.

Even higher than the highest bungee is the SkyJump, which at 192m is the peak jump in New Zealand. There's no bobbing about upside down on an elastic rope though. This is an 85km per hour, 11-second harnessed freefall (base-jumping with a wire) from Auckland's SkyTower – slowing only moments before you reach the ground for a soft and gentle landing.

Not quite ready to jump off a bridge, cliff or tower? Maybe the Kawarau Zipride is more your speed. There are three ziplines accommodating one or two people each, which means a family of six can use it as a bonding (or breaking) experience. Suspended above the Kawarau River, you'll cruise 130m at speeds of up to 60kph before turning around and returning to the launch point. Get that adventurous feeling without the white knuckles. There are other ziplines in New Zealand, including Ziptrek in Queenstown and Canopy Tours and Zoom Ziplines in Rotorua.

The folks who run the Shotover Canyon Fox describe it as "the world's first running, flying, dropping, screaming, foxing thing". To clarify, it's a 182m high 'flying fox' ride across the Shotover River.

Like bungee jumping, we have New Zealand to thank for jet boating. Invented in the 1950s by a farmer to navigate the shallow waters of the Canterbury region, it didn't take long for thrill-seeking Kiwis to add it to their roster of extreme sports. Jetboats are designed to skim over very shallow water, which means they can take you where other boats can't – brushing by sheer rock faces, powering through narrow waterways and gliding over sandy banks, often at face-flattening speeds. You'll find jet boating opportunities from Auckland in the north to the Fiordland National Park in the south.

The Ogo, Zorb, Swoop and Shweeb

OK, now things are getting weird. An Ogo is a see-through, cushioned plastic ball that completely encloses your body as you roll down a hill, reaching speeds of up to 50kph. The Zorb? Same crazy activity, different crazy name. The Swoop is a harness that attaches to one to three people, winches you 40 metres above the Ngongotaha Stream, then sends you plummeting towards the ground at 130kph. The Shweeb looks like an upside-down monorail – in your own see-through pod attached to the underneath of a 200m-long track, race your friends to the end of the line. All available at Rotorua.

A helicopter drops you and a mountain bike towards the top of the Remarkables, leaving you to make the hair-raising four-hour ride to the bottom. Or you can choose from a bunch of other mountains with varying degrees of difficulty. Unsurprisingly, this activity is not available in winter (when you might like to try heli-skiing instead).

Who needs a boat when you've got a bodyboard and the surf's always up? Drop in to the Kawarau River and take on 12km of white water, mastering rock jumps and rapids with reassuring names like Man Eater, Rollercoaster and Elevator to Hell.

Get your James Bond on and take a helicopter to Fox Glacier or Franz Josef Glacier, where you'll learn to scale vertical ice walls using crampons and ice axes. You'll certainly earn that night's martini.

Participating in a bunch of hair-raising extreme adventure sports may not be included in your regular travel insurance. Before buying your insurance, make sure any policy you're considering covers you for what you intend to do.

Of course, there's also the chance that while planning your trip you have no interest in throwing yourself off a sky-high structure, but once there you suddenly get caught up in the excitement and it starts to seem like an awfully fun idea. Make sure you have a copy of your travel insurance PDS with you so you can check your policy before taking the plunge. You may need to make a call to your insurer to get some extra cover.