Bali and Jakarta airport guide: getting there and around

Getting from Denpasar or Jakarta airport to your hotel, Bali departure tax, the safest ferries to travel, and driving around Bali and Indonesia. 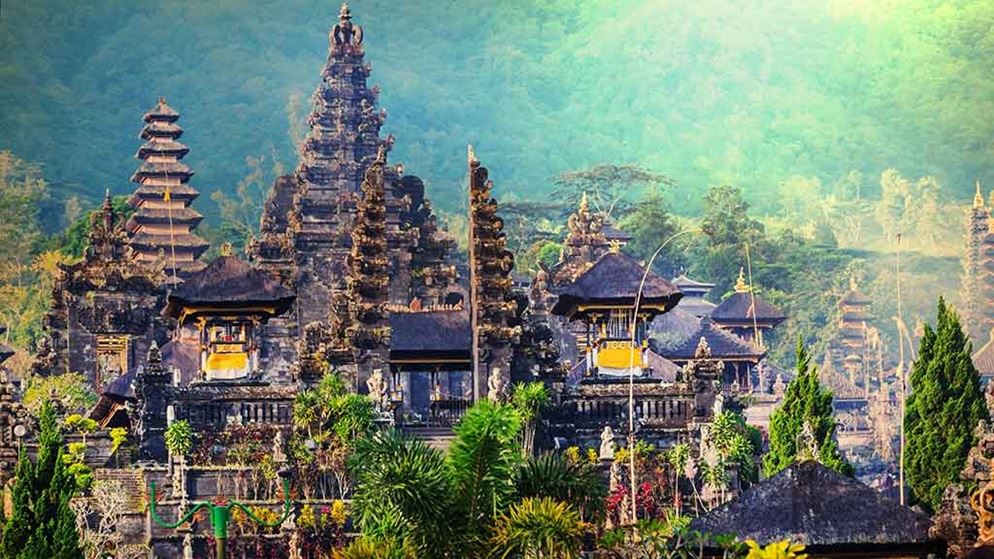 Getting from Denpasar or Jakarta airport to your hotel, the safest ferries to travel, and the best booking sites - download the Bali and Indonesia travel guide.

Find out the best way to save on your trip

Australian tourists no longer need a visa to visit Indonesia for up to 30 days. If you plan to stay longer then check our visa guide.

Most Australians will arrive in Indonesia via Jakarta or Bali.

Airport transfers are relatively easy to book through your hotel or through a private car service. Extras such as child car seats may be available if you enquire in advance.

Departure tax: A cash payment of Rp 200,000 per person used to be required when departing Indonesia. This is no longer the case – departure tax should be included in the cost of your airline ticket.

For a more detailed breakdown of the top spots in Bali, see our Bali accommodation guide.

Although many visitors prefer to stay put by the pool in Bali, there are plenty of transport options for those who wish to venture further afield.

Tip: Check if you need to pre-book any tickets.

Ferries and boats run between many of Indonesia's islands, and from Jakarta to Singapore and Malaysia.

Pelni (pelni.co.id), the main passenger line, has up to six classes ranging from an ensuite cabin to sitting on-deck with the locals. Pelni doesn't have an online booking system and doesn't sell tickets more than 21 days prior to departure, so your best bet is to buy tickets once you're in the country. If you're travelling during a peak time or you're worried about availability, a travel agent or hotel may be able to help with advance booking.

Plenty of smaller ferry and boat services also operate between islands. There are many regular services running between Bali and Lombok, including express boats.

Flights also connect Indonesia's islands and are a faster (and potentially safer) option than ferries. Tickets can be booked at tiket2.com, nusatrip.com and flights.indonesiamatters.com. You can try booking directly via the airline's website (which is often cheaper) but most won't accept foreign credit cards.

Buses are the most common form of transport in Indonesia, although they can sometimes get quite hot and crowded. Clean, air conditioned coaches operate on major routes for those willing to pay a higher fare.

Booking a bus journey online isn't usually possible, but buying a ticket once you're in the country should be easy enough. Look for reservation offices or tourist information centres, ask hotel staff to book for you, or simply turn up at the bus station. Cheap public buses operate on loose schedules and often wait until they're full before setting out. Luxury coaches should be more reliable with their schedules.

Trains only run on the islands of Java and Sumatra. A train service in Java connects with the ferry to Bali. Kerata-api.co.id is the official website where you can check timetables, but it's tricky to navigate (tip: a Chrome browser can translate foreign sites into English for you) and it only accepts Indonesian credit cards. An easier option is to pay a little extra and book via the tourist-friendly sites tiket.com or flights.indonesiamatters.com/train-tickets. If you aren't travelling during peak times (for example during Eid al-Fitr) then you should be OK to buy a ticket at the station. You'll need your passport to buy a train ticket.

Car hire is available in major cities and airports, but it's not a very popular option for travellers. If you do decide to hire a car, be aware that Indonesian roads can be quite chaotic. You must have your Australian driver's licence as well as an international licence to be properly insured (and to avoid fines from police). It's best to book with a major international car hire company (Avis and Europcar both operate in Indonesia), as local businesses may not rent to foreigners or may be difficult to deal with if something goes wrong.

See our tips on driving in Indonesia below.

If you like the idea of having your own transport for day trips, consider a private driver or a taxi - it may be a cheaper and easier option than a hire car. Hotel staff should be able to book a reliable driver for you.

Getting around on two wheels is a popular option for travellers, but it's also a risky one. You'll need an international motorcycle licence as well as your Australian motorcycle licence, but it's unlikely the person who hires you the bike will tell you, much less check. This, of course, could bring you major pain if you have a crash or get stopped by the police. By law you'll also need a helmet. Be aware that standard travel insurance policies may not cover motorcycle or scooter accidents.

Short distances around towns and cities are best done on foot, by bicycle, by taxi, by bajaj (a three-wheeled motorbike taxi) or becak (bicycle rickshaw taxi).

Got a travel tip about Indonesia? Or spotted something in our guide that needs updating? Add a comment below.

Indonesia and Bali travel checklist Tickets, money, passport! A checklist of the most important things you need to do and pack before your trip to Indonesia.
Medications laws and health in Bali and Indonesia Medications allowed in Bali, how much to tip, how not to get ripped off by taxi drivers and why you shouldn't put your hands on your hips in Indonesia.
Sim cards power plugs visas and travel money in Bali and Indonesia Visas, vaccinations, phone, internet, power adapters, money, travel insurance, handy apps and more.
Bali guide to booking the best accommodation Should you book a hotel in Kuta, a villa in Seminyak or a guesthouse in Ubud? We'll help you decide where to stay and how to find a bargain.
How to find cheap flights to Bali How to find those bargain basement airfares and hotel rates, and how to save money once you're there.
The best time to visit Bali The best time to visit Bali, with information on weather, peak and off-peak seasons, Eid and Nyepi festivals, Indonesian schoolies and surf conditions.
Flight times and cheap indirect trips to Bali Which airlines fly to Bali from which Australian airports? And how long does it take to get there?