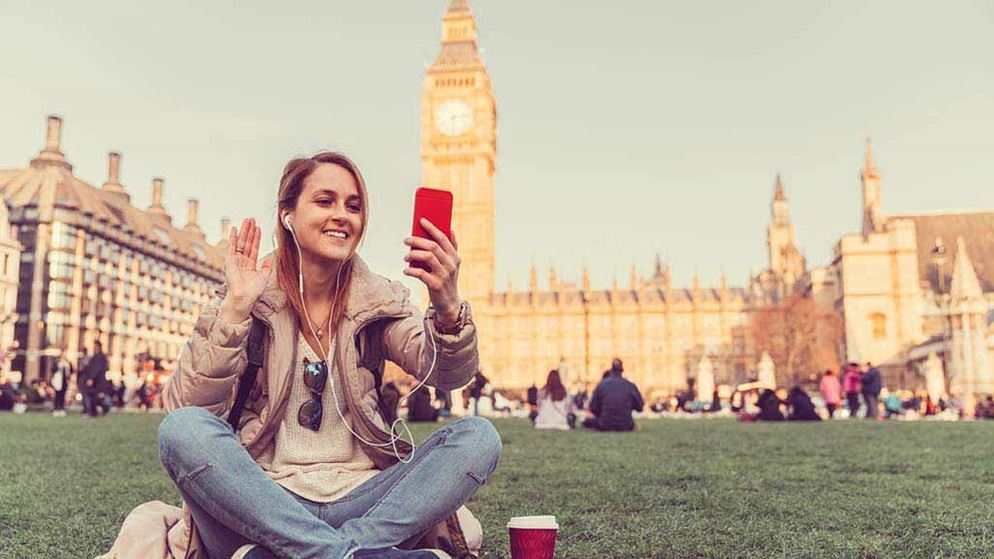 Phone coverage varies throughout Europe, but you should be able to stay connected in most places – unless you're climbing the French Alps or camping in rural Romania, for example.

Can I use my Australian phone in Europe?

Your Australian phone will usually pick up on compatible European GSM networks, but as most travellers know, the cost of phone calls and internet access can be astronomical if you use your phone overseas. Check with your telco for global roaming rates and tips on keeping costs low.

Cheaper roaming with your Australian SIM

Many Australian telcos offer travel packages with a set daily rate for global roaming on your existing account while overseas. They're not particularly cheap, but they'll save you from any nasty bill surprises and can be a good option if you're only visiting Europe for a few days or weeks and you want to keep your own number.

If you're planning to spend more than a few weeks in Europe, or if you just want cheaper rates and don't mind having a different phone number while you're on holidays, consider buying a local pre-paid SIM once you arrive in Europe. Companies, rates and set-up will depend on which country you're in. You may be required to show ID to register, so the easiest way is to find an (English-speaking) phone store employee who can help you. Or better yet, most major airports will have shops or booths ready to help you get set up.

Global roaming rates don't apply to EU citizens travelling between EU countries. This exemption was introduced in 2017 and is referred to as 'Roam Like at Home'.

Although the exemption technically only applies to EU citizens, if an Australian tourist is using a SIM that was bought in an EU country, it's likely they'll benefit too.

Will Roam Like at Home still apply to UK mobiles after Brexit?

Once the UK officially leaves the EU, it's quite likely that UK mobile phones will no longer be exempt from global roaming charges in the EU. This looks particularly likely since the UK has committed to leaving the Digital Single Market – the alliance that created Roam Like at Home in 2017.

However, CHOICE's UK sister organisation Which? is putting pressure on the UK government to negotiate to keep the roaming exemption.

Pre-paid travel SIMs can be bought from some Australian travel stores, phone stores and post offices, or ordered online before you leave the country. Rates won't be as cheap as a local SIM, but they can be a smart option if you're travelling to multiple (non-EU) countries and don't want to pay even higher global roaming rates or buy a local SIM every time.

Have you bought insurance yet? Check our free, comprehensive and independent travel insurance reviews to find out which policy is best for you.

Free Wi-Fi is plentiful in some areas of Europe and unheard of in others. Sometimes you'll be expected to pay, and in rural areas it often simply won't be available. Generally in the cities you'll find free Wi-Fi in all hotels and most franchises such as Starbucks and McDonald's.

Tip: Wi-Fi is pronounced "wee-fee" or "vee-fee" in much of non English-speaking Europe. In Germany it's called W-LAN (pronounced "vay-lahn").

If you really want to stay connected, consider buying a local phone SIM with generous data, or a data-only SIM.

If you're travelling with a laptop you could consider a USB Wi-Fi dongle, or you could tether your laptop to your mobile phone's data.

The best place to find what you need is at the airport when you first arrive in Europe. Phone and tech shops at airports will have the best options for travellers who don't want to sign up to a long-term plan.

Concerned about security? Check out our travel tech safety tips.

Handy apps for your trip to Europe

Consider adding these apps to your phone or tablet before you go.

Tip: If possible, choose apps that work offline so they won't chew up your mobile data or stop working when you're in remote places.

Tip: To save a map onto your mobile device for offline use, select the area on Google Maps then select 'Save offline map' from the menu and follow the directions on the screen. Your GPS positioning will still work on the saved map, even when you don't have access to the internet. Alternatively, go to 'Offline maps' in the menu and select a city.

Travel checklist The most important things you need to do and pack before your trip to Europe.
Money and currency How to get the best cash rates, which ATMs and cards to use, and why the Euro will get you further in some countries than others.
Power plugs and adapters What type of power adapter do you need?