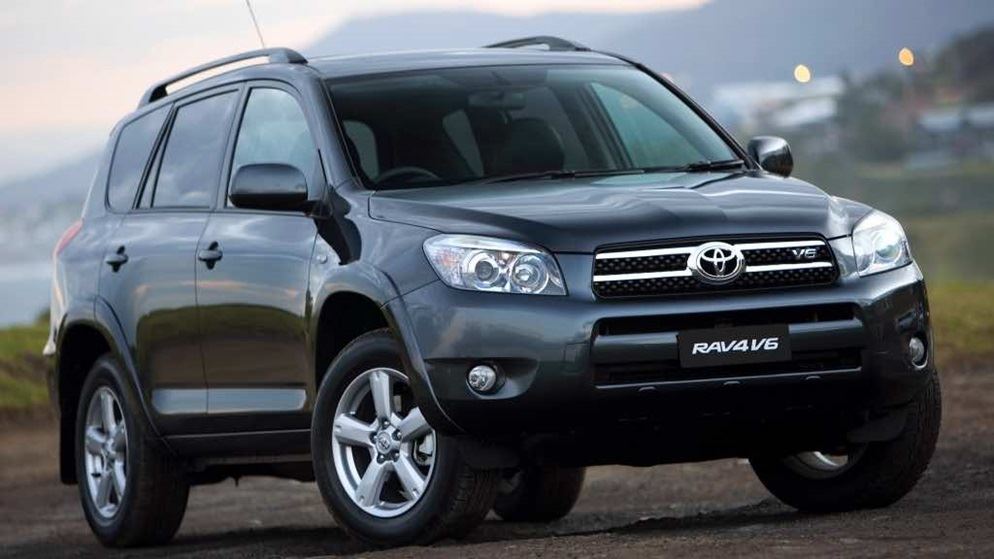 No fix until June

Toyota is recalling more than 98,000 RAV4 vehicles in Australia due to a flaw affecting rear seatbelts. The recall is part of a global recall of 2.87 million vehicles, including over a million in the USA.

Don't go racing to your dealer though – the parts needed to fix the flaw won't be available till June. The car company says the recall affects 98,664 Australian RAV4s built between August 2005 and November 2012, across the ACA33, GSA33 and ACA38 models.

Toyota says it's not the seatbelts themselves that are a problem, but the design of an adjacent metal cushion frame which, in a high-speed frontal collision, could cut through the seatbelt.

The free repair, which involves installing resin protection covers to the metal cushion frame, will take about an hour. Affected RAV4 owners can expect a letter about the recall in the mail in early March, but won't be able to have the fault fixed until June. Owners will receive a second letter once Toyota dealers have enough parts.

"The potential for this condition can only occur during high speed frontal collisions. Toyota always recommends drivers operate their vehicles carefully and safely to minimize the potential for vehicle accidents."

Reassuringly, Toyota says there have been no accidents or injuries in Australia due to the flaw.

What to do now

If you own an affected RAV4, what you can do in the meantime is make sure Toyota has your correct contact details by calling the Toyota recall campaign helpline on 1800 987 366.

For more general information on product recalls and your consumer rights see our guide to Product Recalls and Safety.