Beware the many Ts and Cs in energy contracts. 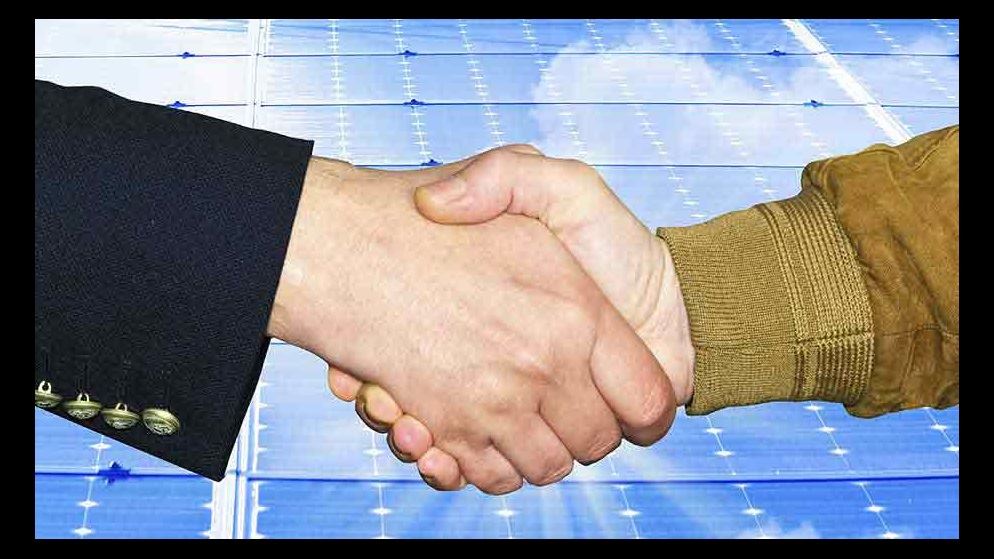 It's not an easy time to be shopping around for an energy provider. With the cost of electricity at a historical high and consumers scrambling for better options, retailers are trotting out special deals to try to lock in your business. We're deluged with marketing material, but whether it's a good idea to take the bait is far from certain.

In late 2012, when talk of sky high electricity increases began to reach fever pitch, CHOICE reviewed a slew of online promotions and found, not surprisingly, that they aren't much help in making an informed decision. They often play on fears of drastic rate hikes, and the deals are far from straightforward.

EnergyAustralia, AGL, Red Energy, Lumo, Origin and TRUenergy (now part of Energy Australia) all enticed consumers to sign contracts in exchange for a rate freeze, a one-off payment, a 10% or similar discount, a bonus point program, or some combination thereof.

Many of the long-term contracts had complicated terms and conditions, warned of unspecified costs and imposed early termination fees. Some promos only included usage; others both usage and delivery to your home (that is, the fixed cost onto which your usage charges are added) to your house.

Pay-on-time discounts were especially perplexing. In a typical example, Lumo offered a 13% discount on the company's "best rates" if customers pay on time, but it also says in the contract terms and conditions that "we may vary your energy charges for any reason". A quick perusal of the deals on offer at the moment reveals that current marketing tactics are much the same.

As with other offers, the Lumo deal appeared to be contingent on signing a contract that allows the retailer to raise prices, but we couldn't find these critical details in the online marketing material.

By contrast, the number for the sales department on most of the ads was easy to spot. And prices can go up in ways consumers might not expect. For instance, CHOICE member Geoff Goonan told us that his Lumo off-peak charges "increased by a staggering 24.5%" with his latest bill, as opposed to 9.8% for peak charges.

Another member, Nick Haggarty, told us he was shocked to find out his ActewAGL Greenchoice rates were going up in line with those of non-renewable energy customers – due in part to carbon pricing, according to the company.

"I completely understand that it's not possible to have two electricity networks, one from renewable sources and the other from non-renewables," Nick says. "What I don't understand is why my bills from ActewAGL have for years included a graph of my greenhouse gas emissions and every one of them has shown them to have been at zero tonnes."

Nick is not the only consumer we've heard from who's been mystified by retailer explanations of renewable pricing calculations. Renewable energy options were excluded from some of the promos we reviewed.

It can be a good idea to lock in a rate, but first make sure you understand what you're locking in as well as all the terms and conditions of the deal.

The marketing is confusing, and much of it has been down and dirty. Energy Australia's offer to lock in current rates for two years, for instance, was marketed along with a warning that electricity prices have increased more than 50% in Sydney in the past three years.

Yet the independent Australian Energy Market Commission (AEMC) estimated that electricity prices across Australia would see an average annual growth rate of about nine per cent through 2013-14, with retailers free to go below any regulated increase in order to grab market share. In late August 2012, the launch of a Senate inquiry into the causes of high energy bills was announced, which was to include looking at options to reduce prices.

Around the same time, AEMC proposed new rules to strengthen regulation of distribution and transmission networks (the poles and wires that delivery electricity to your home, the expansion and upgrading of which are cited as the main cause of electricity price increases) with the aim of reducing consumer costs.

Consumers should be wary of price predictions, especially when they're made by energy retailers. It can be a good idea to lock in a rate, but first make sure you understand what you're locking in as well as all the terms and conditions of the deal.

Some energy marketing has been particularly aggressive. In March 2011, for instance, AGL set out to lure at least 500,000 customers away from the competition with the launch of what it called "an aggressive sales and marketing campaign in NSW utilising many channels".

At the time, AGL's GM of marketing, David Hamilton, said: "we intend to educate people about the fact that they can choose their retailer". (The lure to switch was a modest $300 off the regulated tariff over a three-year period in exchange for committing to a three-year contract.)

One marketing channel, AGL's door-knocking campaign, got the energy giant and independent marketing firm CPM into hot water and cast a revealing light on the current state of energy marketing.

In March 2012, the ACCC filed a suit against both and accused AGL of misleading and deceptive conduct and making "a range of false representations to consumers in the course of door-to-door selling".

Neighbourhood Energy, part of the Alinta group, and its former marketing company, Australian Green Credits, were also named in the suit.

To prevent further transgressions, the ACCC said it and the Australian Energy Regulator had signed agreements with state and territory energy ombudsmen to allow greater scrutiny of the door-to-door marketing of energy products.

But a few months later CPM was still advertising for "residential field sales agents" to sell energy products at $18 per hour plus "uncapped commissions" and a chance for weekly and monthly bonuses based on sales. CPM said applicants need only learn some "simple procedures and selling techniques" and would be carted around neighbourhoods in a company van.

Backpackers "fluent in English" were invited to apply. In a recent report, the ACCC said one million door-knocking energy sales were attempted across Australia in 2011, usually by external marketing companies.

There are an average of eight door knocks per year on every Australian household, with residents in NSW and Victoria likely to experience more than the average. The door-knocking epidemic has led to the introduction of a Do Not Knock bill, an idea that CHOICE strongly supports along with the Consumer Action Law Centre's Do Not Knock Campaign.

In a belated act of contrition, both AGL and Energy Australia have since sworn off door knocking campaigns – at least for now.

CHOICE surveyed 1020 household decision-makers in July 2012 about their views on energy companies and discovered a low level of satisfaction with the industry across the board.

The majority of survey participants who rated their retail providers were less than impressed when it came to value for money, customer service, helping them understand how to reduce usage, or keeping them up to date on key issues such as electricity prices.

In all those categories, 25% or less of the respondents rated their provider as "very good" or better. Retailers who stood out from the pack included TRUenergy, whose customers gave the company a significantly higher rating than those of other providers for keeping them informed on key issues such as prices; and Synergy, which was rated significantly lower than others when it came to value for money. (This rating was likely influenced by particularly sharp price hikes following adjustments in long-standing government subsidies for WA residents and Synergy customers on the South West Interconnected system, who have no other choice of retailer.)

It's no surprise, then, that dissatisfaction with their previous company was the second-most frequent reason cited by survey participants who had switched in the past three years. Among the reasons for switching, the most common, though, was the lure of cheaper rates. Unfortunately for consumers, our survey findings suggest the rate chase is an endless and ultimately futile pursuit.

One respondent summed up the attitude of many: "I am lost as to know who to use for electricity. They all have different offers, but the bills end up the same."

Our survey results also undercut what has become an article of faith among energy retailers in Australia and beyond – that the unregulated market in Victoria is a model of competitiveness and customer value, since churn rates there are comparatively high.

According to the most recent World Energy Retail Market Rankings by the energy think tank VaasaETT, switching rates in Victoria in 2012 were the highest of the 38 international markets tested, at 28%, and, historically, the highest on record. Residents of Queensland, NSW and SA were also among the top 10 most-frequent switchers in the recent rankings.

But all the switching in Victoria may not have left consumers any better off. In our survey, Victorian consumers didn't rate their providers significantly higher than other states in most of the key areas we asked about, including value for money (Victorian retailers did, however, perform better than average when it comes to keeping customers up to date on issues, including prices).

And in an Ernst & Young survey of 620 electricity customers across Victoria, NSW and Queensland, 47% of those who said they were ready to switch gave up on the process after the initial search for information because the time and effort involved didn't seem worth it.

Our survey results suggest that many consumers are looking for a better deal but find it hard to know whether they've found one.

One of the first steps in figuring out how to keep your electricity bills under control is making sure you know what kind of contract you're on.

You're on a standing offer electricity or gas contract if you move to a new address and accept whichever retailer is aligned with the energy distributor in that area. The terms and conditions of these default contracts are determined by state regulators, and prices will be the same in a given network area. The exception is Victoria, where prices are not regulated.

In states where you can choose among retailers (every state and territory except NT, Tasmania and parts of WA) you can opt for a market rather than standard offer contract. With market contracts, energy prices as well as terms and conditions vary between retailers. Market contacts generally offer discounted prices and other incentives (such as bonus point programs) as well as different billing and payment options, but can also impose start-up, exit and other fees.