The rise of aroma marketing

Is your nose falling prey to stealth advertising? 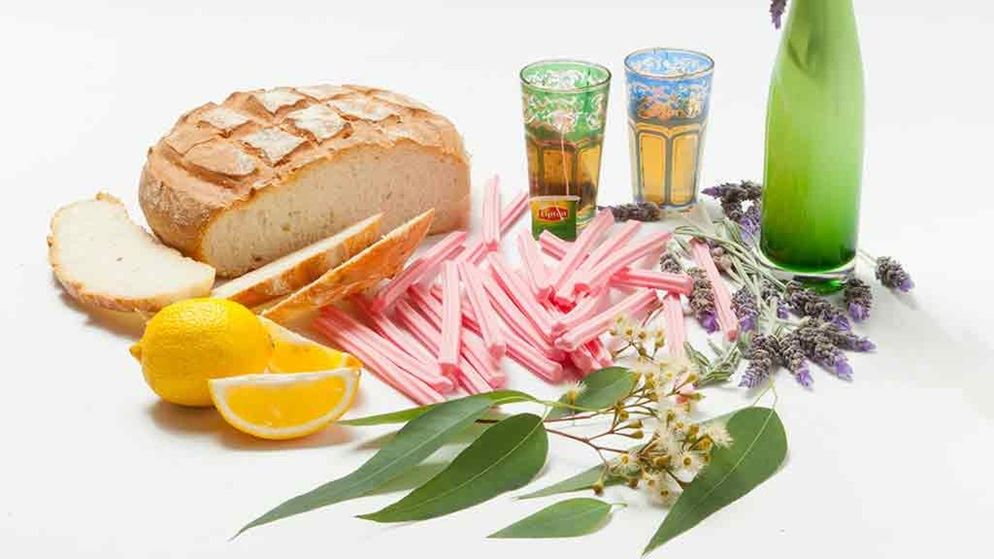 Anyone attending a weekend open house in search of the great Australian dream (namely the privilege of signing up for a huge mortgage for the rest of your adult life) has probably caught a whiff of the most basic of aroma marketing techniques. As you wander through your potential future home, the smell of freshly baked bread, chocolate cake or at the very least, freshly brewed coffee, encourages you to imagine the sweet-smelling home life you too could have here.

Most of us are clued on to the owners' tactic to make the house seem more attractive, but the silly thing is – we still fall for it.

The sweet smell of spending

These days, consumers can buy almost everything online with a few simple clicks, but some brands are scrambling for ideas to bring consumer spending back to the physical realm. While TV, radio, the internet and print media appeal to our senses of sight and sound, the sense of smell offers unique challenges to companies trying to attract our attention.

Back in the 1920s, Coco Chanel lured customers through the doors by ordering the salespeople at her Parisian boutique to spritz stores with her now-famous No. 5 fragrance.

Although it's not a recent phenomenon – scent marketing has matured into an authentic marketing technique and, according to its advocates, a very effective one.

Lead by the nose

Alex Cosic is the national sales manager for scent marketing company, Air Aroma. He says the dramatic move towards online shopping means, more than ever, brands need a competitive edge to survive.

"We're coming into an era where the actual customer experience of being in a hotel or retail store is becoming more and more important," he tells CHOICE.

Many of us can recall a store, hotel or entertainment space we find visually appealing, quirky or memorable. And, although the same products are often available online, as consumers we may be drawn back to these carefully orchestrated environments that, according to Cosic, are planned down to a certain music choice, view and – increasingly – scent.

Enlisted by Qantas in 2010 to design the green tea-based fragrance used in its business lounges, Cosic has no doubt scent marketing will be vital to the future growth of brands that are in the business of selling.

Smell is one of our most powerful senses, according to Cosic – whose background in the wine industry taught him the value of aroma. "It's linked to the fact that people tend to spend more time in the space if the area is comfortable, and from this it is likely that turnover will increase. If you have a great experience in a store, you'll go back."

Something in the air

Scent can be delivered via dry-air technology that releases fragrance without sprays, aerosols or heated oils, or via miniscule particles dispersed with cold air diffusers through the building's air conditioning system.

The power of smell

Junji Hamano, a creative perfumer referred to as "a nose", studied fragrance science in France and completed his practical training in the French perfume capital Grasse. Now working in Singapore for global fragrance company Ambi Pure, Hamano says that although each sense is unique, our nose has more than one characteristic that sets it apart from others.

Physically, our sense of smell differs on a very basic level because it can't easily be switched off – you can close your eyes or block your ears, but it is very difficult to stop breathing in the air around you.

On a neurological level, the sense of smell shares a pathway in the brain that is closely associated with the limbic system, which is responsible for emotions, memories and moods. Smell affects the limbic system before it reaches the part of the brain responsible for noticing and identifying the scent. It's the only one of our senses that does this.

Humans take an average of 20,000 breaths every day. To a scent marketer, each one presents a potential opportunity to forge a connection between a consumer and a product or environment.

Steven Semoff, acting co-president of the Scent Marketing Institute (SMI) and technical director at US-based Belmay Fragrances, says that while the industry is still in its infancy, it is growing. "If you look at the way brands promote, it is all about sight and sound," says Semoff. "So many neglect the second-most important sense – smell – which is directly hard-wired into the right side of the brain and allows you to develop an emotional connection to the brand."

In a casino, he says, marketers might opt for an "invigorating" scent to keep people alert, while in a hotel, smells that are "calming, soothing and comforting" are preferred.

Scent palettes range from the fresh – think linen and lavender – to the earthy notes of cedar wood and sagebrush, and the more obscure aromas of burning rubber and even "dinosaur dung".

The use of scent as branding

Brand and scent marketers are very particular when it comes to choosing a scent that will connect with their target market. Hotels, for example, opt for sophisticated scents to enhance our perception of their brand.

US clothing retailer Abercrombie & Fitch, which pumps its signature citrus and musk fragrance, Fierce, through its stores at a comparable intensity to its music, has transformed its scent branding strategy directly into sales. Fierce is now the best selling men's fragrance in-store and a popular choice in the US.

Just as the smell of fresh baking at an open house can connect potential buyers to fond memories of home cooking, similar smells that lure us towards the bakery in shopping centres can now be pumped out even when nothing is actually baking.

Drew Schlesinger is the general manager of hotels at Sydney's Star Casino. Having presided over the opening of a string of luxury international hotels, Schlesinger believes ambient scent plays an important role in the consumer decision-making process. White tea was chosen for the lobby at the Star's newest hotel, the Darling, for its perceived associations with sophistication and relaxation, with citrus notes for the pool and eucalyptus for the spa. (Interestingly, fresh air is the pleasant odour diffused through the Star's gambling rooms, rather than a specialised fragrance.)

Arriving at these exact formulations wasn't easy for Schlesinger. He says he sampled about 15 slightly different scents before deciding what to use for the Darling. "The aim is to not only create a pleasant odour, but also to make an association with the property or the hotel," he says. And it is this association Schlesinger believes draws the punters back, time and time again. Over at the Starwood hotels (Sheraton, Westin, St Regis), enriching guest experience and enhancing the brand are key aims of their scent marketing.

Terry Jacobson, business development director at Australian company ScentAir, says that given the oversaturation of audio and visual marketing, more and more modern stores are designed to maximise the impact of scent and create a multisensory experience. "At most major department stores, the perfumes and cosmetics department is always at the entrance or ground level to meet you on arrival," he says. "So too for most supermarkets – the bakery is positioned close to the entrance to greet shoppers with a welcoming aroma of baked goods."

Do some scents work better than others at getting Australians to reach for their wallets? Jacobson says the scent of sunscreen – or Coconut Beach as it is known in the Scent Air catalogue – is popular because of cultural sentiment. Tea-based oils – green, white and even Japanese flavours – and the sweet smell of fresh figs are also big hits with brands at the moment, according to Cosic.

Should we feel foolish being led by the nose?

While Australian consumers are generally savvy and able to recognise much of the marketing spin that surrounds us, this sort of subconscious manipulation goes beyond the generic definition of advertising. So, just how ethical is it for brands to infiltrate not only what we hear when we enter their space, but also what we breathe?

"We're not putting a drug into the air, just making the environment more pleasant," argues Semoff. "The amount is so small – from a concentration standpoint, it is only one part per million of fragrance present in the air."

Cosic says that, like the colour theme of a store or the font displayed on its signage, scent is an important aspect of branding – and it looks like it's here to stay.