We look at the various online ways to share, trade, sell and give away your unwanted items. 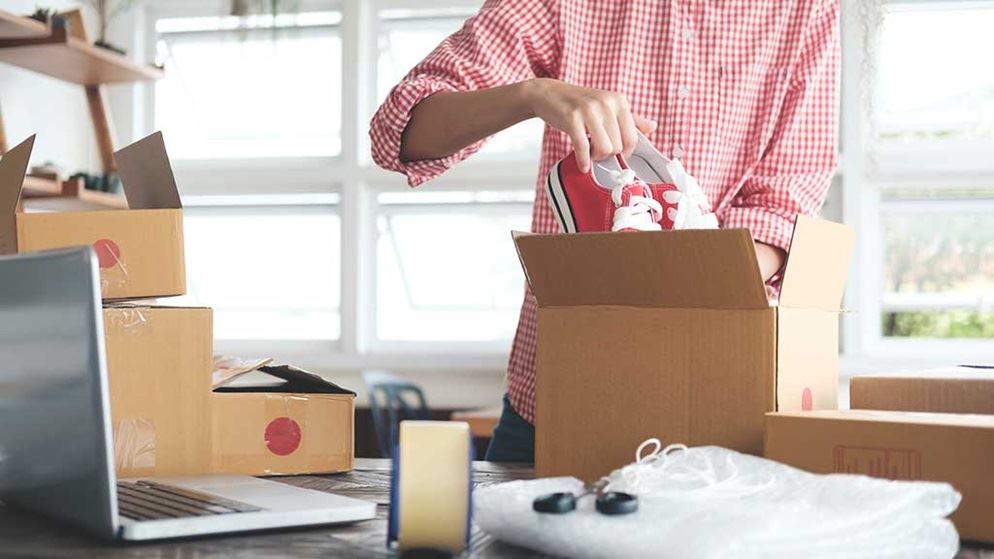 Getting rid of 'stuff'

We look at the range of Facebook groups and sites online for buying, swapping, sharing and renting second hand goods. Platforms include Pay It Forward, Buy Swap and Sell, Freecycle, Openshed and more.

I've had an antique wardrobe on my front porch for the past three weeks while it's been unsuccessfully advertised on Gumtree. I'd like some cash for it, but I'm also keen to get it off the porch and into a new home before any heavy rain arrives. The price has dropped to $150 but no bites yet.

A look on Facebook and online reveals a host of pages and sites beyond eBay and Gumtree that'll help me sell it, give it away or even swap it for something I might need.

Plug in 'buy sell swap' plus your suburb or region to Facebook and it's likely there's one near you, letting you advertise your unwanted goods for free or call out for something you're in need of. Facebook also hosts a plethora of local 'Pay it forward' groups, whose members offer up items to each other for free.

Moving 'stuff' along to another useful life in someone else's home can be as satisfying as grabbing a bargain or unique find. Many of us are now attuned to the fact that throwing goods away is a misnomer – there is no 'away'! There is only 'somewhere else'.

And what could be more serendipitous than swapping it for something you actually want?

Alice Richard from Ashfield in Sydney's inner west regularly trades clothes and other items for her toddler and herself on the 'KIDsize Living' and 'Marrickville - Pay It Forward' Facebook groups.

She says, "I've met all these lovely people because you go to their houses to pick things up and they often have a similar ethos when it comes to material things and values."

"It takes the guilt out of purchases, and it's more affordable to buy a new outfit. There's also this nice element of chance as well. You might stumble across things that you may not have been looking for, some unique pieces."

Trust in the digital age

Rachel Botsman, author of What's Mine is Yours, has researched the collaborative behaviours and trust mechanics inherent in these trading and swapping systems. She says that technology is enabling trust between strangers and we can now mimic, in our global village, the ties that used to happen through face-to-face contact.

"Social networks and real-time technologies are taking us back. We're bartering, trading, swapping, sharing, but they're being reinvented into dynamic and appealing forms.," says Botsman.

A report from the Melbourne Networked Society Institute, Mapping the Melbourne Sharing Economy, attributed the rise of this sharing economy to steady increases in consumption over preceding decades. And the sharing, loaning, swapping and trading of stuff has been enabled thanks to the technical processes established by platforms such as eBay, Freecycle, Craigslist, Gumtree and Amazon and social networks such as Facebook and Twitter.

But according to the report, the sharing economy also has roots in the open source movement, where software and goods are made freely available, and the political idea of the 'commons', where resources are freely available to all.

Some people are drawn to these platforms to make money, others are there to find a new use for their goods that are idle – many are motivated by sustainability and reducing consumption.

Environmentally, this redistributing of unused goods that otherwise clog up our houses or landfill extends the life of the item and reduces waste and resource use.

Richard says for her "it's about being able to affordably have a child in Sydney, but the bigger picture is reducing how much stuff we have and how much we get rid of, minimising the amount of stuff in the world".

These sites don't just help us unload our houses of goods either – they can be rich picking grounds for sourcing specialist items. For example, there's a popular Facebook group called 'Sydney Retro Recycle Buy Sell and Swap', and Facebook is also home to fashion brand-specific Buy Sell Swap groups.

The burden of ownership

Renting or loaning goods through these platforms can reduce the burden of buying and storing items. You may only need that camping equipment, chocolate fountain, trailer, high pressure hose or hedge trimmer a handful of times each year, so is it worth buying them and having them stored on your property permanently?

Sites like OpenShed, StreetBank and Rentoid connect people with an array of goods they can borrow or rent in their local area. Unexpectedly, on Rentoid we found a Clydesdale horse available for $80 per day and, oddly, a Pomeranian available as a "dog clown" for $7.50 per day.

Free to a good home

Here's a selection of sites, groups and pages we've come across that share, trade and swap goods so you can free-up space, make some cash and meet the neighbours.

Growing in popularity, Pay It Forward Facebook groups are thriving online communities where people post items they're giving away for free, or items they're in need of, in the spirit of giving and sharing.

With a broader remit and sometimes larger communities than the PIF groups, Buy Sell Swap groups facilitate the exchange of new or used items. Some don't allow business-related posts, while others may. Again, you can post requests for things you might be looking for. (We saw a post about two lost puppies and another from someone looking for a concert ticket.)

These are popular groups with healthy membership numbers. The Sydney Buy Swap and Sell group has more than 44,000 members and from a recent post, they look to be struggling under the administration of the group. Melbourne's Western Suburbs has a group with 29,000 members and over ten posts a day. Sydney's Penrith group has 37,000 members.

For those who like to fossick and rescue useful items from landfill, there are Facebook pages dedicated to finding out when and where council hard rubbish collection is happening. For example, members of Sydney Hard Rubbish, Hard Rubbish Melbourne and Perth Kerbside Collections know exactly when to take a stroll around their neighbourhood (or a more affluent neighbourhood) to spot a dining table, rug or armchair to lug home.

This website is a resource for people to rent items rather than buy them. It's also a good way to make some money out of lending your goods to others to use. There's a wide range of equipment available for rent – at the time of writing we found electric bikes, tools, camping equipment, a set of golf clubs, a car roof box and even a slot car racing set.

Members of Streetbank can share goods and skills within their local community, "making the world a bit nicer" (according to the website). It's in need of more members to make it really useful but you can request items or offer a skill or something to lend or give away.

A for-profit enterprise founded in 2007, Rentoid allows members to rent things from each other, helping them make money, free up space and access goods they need without having to buy them outright. Companies can also list items for rent.

The Community Exchange System is an online global network of communities exchanging goods, skills and services locally and remotely without using traditional money. Instead, credits and debits are banked to the member's CES account. There are more than 50 Australian exchange groups registered, and 750 across the world.

The entirely nonprofit Freecycle has been around since 2003 and, according to its website, now has more than nine million members across 110 countries. Organised into local groups, members offer unwanted goods for free or make 'wanted' requests.

There's a limited selection but you can give away or find free second-hand items on this website.

Your consumer rights when using these sites

Your consumer guarantee rights under the Australian Consumer Law may not apply when buying items off Facebook forums because the transactions would likely be characterised as private transactions, not made in trade and commerce.

And where a commercial enterprise that provides goods to rent would be required to provide you with a repair or replacement if the item is faulty, it's not so clear cut when you rent through a crowd-sourced platform. Rentoid, for example, states in their terms and conditions: "Rentoid simply helps people find each other who have items they'd like to rent." So, renting goods could be viewed as a private transaction between two people.

Nevertheless, platforms like these do have some statutory obligations. For example, the prohibition on misleading and deceptive conduct and false or misleading representations would apply. Equally, if you're paying money to rent your goods online, the platform would be providing you with a service, and the consumer guarantees in relation to services would arguably still apply.

Other potential risks for using peer-to-peer buy, swap, sell and sharing sites include the user damaging or losing a borrowed or rented item, people not picking up or returning items when they say they will, and sellers misrepresenting what they're selling. Always read the group's rules and guidelines so you understand what your rights are when using these platforms.