One cent and penny auction investigation

We delve into the murky world of one-cent or penny auctions to find out if they're too good to be true. 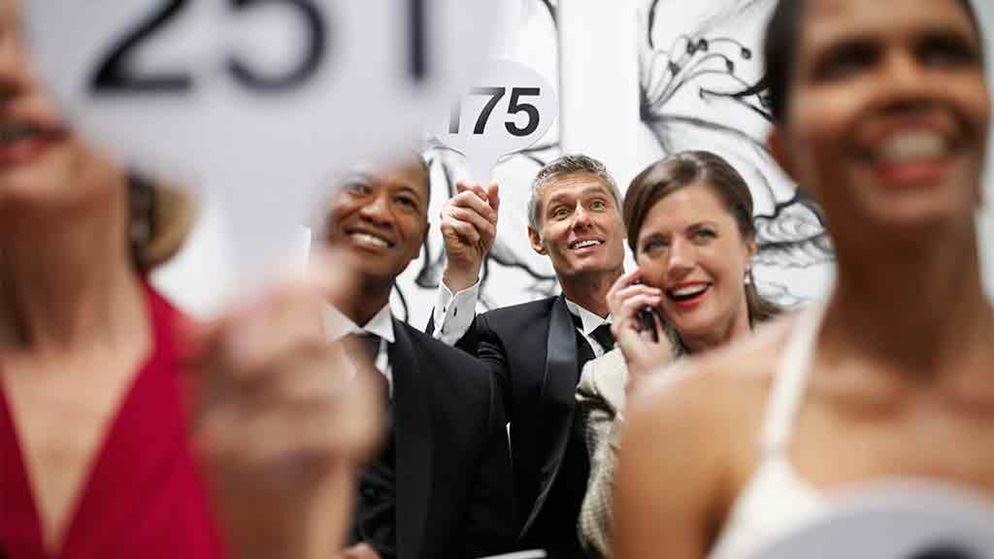 Too good to be true?

As the saying goes, if it sounds too good to be true, it probably is. And it's possible – even likely – you'll spend more on one-cent auction bids than you would buying something at a shop. So don't get lured into gambling away a fortune chasing that 42-cent bottle of champagne or $20 iPad.

Through our investigation into penny and one-cent auctions, we've discovered that even if you spend a lot of money on your bids, there's a good chance you'll still end up losing.

We first learned of penny auction websites when several were nominated for the Shonky Awards back in 2011. They came to our attention again when we started reading glowing press coverage of Australian entrant One Cent to the market, with some even representing them as akin to legitimate online auctions similar to eBay. But what's the catch?

Well, there are a few actually:

How do penny/one-cent auctions work?

There are many one-cent auction sites out there, but they generally work the same way.

To participate, a consumer buys a package of bids. Usually there's a sweetener, such as a small number of free bids when you sign up with a particular site. The auction usually has no reserve – so bids start at zero. A great way to lure people in. The consumer then places small bids (usually the price goes up by one or two cents) on the item. Each time someone bids the auction extends, but when the clock runs out and there's been no further bidding to extend it, the last bidder wins and pays the final – seemingly cheap – price.

In practice, auctions for popular items like iPads can go on for days, weeks or even months, creeping up cent by cent. And with each cent, someone is losing money – in essence the super-cheap deal at the end is subsidised by those who don't win the item after all. So that $34 iPad? We estimate that was up to a $1734 boon for the auction operator by the end of bidding.

"It sounds great, but isn't ... it's a waste of time and money," one reader told us. "[It] costs you a fortune to buy bids and you use a hell of a lot more bids than you would think you need. Add to that the time you have to spend on the computer, just hoping you are online at the right time."

The trouble is there is no right time, because there are plenty of those willing to give up a night or two of sleep for the ultimate prize of a cheap gadget. And some global sites run the same auction for all their worldwide customers, meaning one wannabe purchaser's night-time is another's day.

In at least one case we noticed, although the website had local domain names, they were just different interfaces for the same international auction. So you may think you're just bidding against other Australians, but people around the world have their eye on that iPad too.

Some sites don't even bother to convert currencies between Canadian, Australian, and New Zealand dollars, despite a marked real-world difference – suggesting that the actual price paid for the auction item is a negligible portion of the website's earnings.

How penny auctions get you hooked

US magazine Time has likened participating in these auctions to doing drugs. "For anybody who finds a bargain even mildly stimulating, this is like pure heroin. In recessionary times, it's like heroin that will also save puppies."

And these sites work hard to get you hooked. The flashing signs, urgent countdown timers and testimonials from successful auction-winners are very tempting.

One of the sites, QuiBids, demonstratively parades some of their winners on their front page. Lurker saved $1985, it proclaims! Newtopgun saved $1680! But what does the fine print say about these windfalls? "Results are of highly skilled QuiBids users. Prices do not include the cost of bids."

Gambling by any other name

Dr Mark Griffiths, a professor of gambling studies at Nottingham Trent University in the UK, agrees and believes there is a large element of chance involved in one-cent auctions.

"To me, [one-cent auctions] are all but gambling in name and they don't seem to be regulated by any organisation or authority," he wrote in an article for the World Online Gambling Law Report. He outlined several parallels between these websites and gambling, and believes regulators need to intervene.

"Theoretically, a person can bid again and again (on either a single product or multiple products) with no certainty that they will ever win… it does not seem to depend on any discernible skill and it is more like a chance-based lottery. If there is no real skill and it is essentially a chance activity, how is this not a form of gambling?

"Any bidder who just misses out on winning an item on a penny auction website also experiences a near-miss experience. [This] may lead to further bidding on other items as a way to relieve the frustration of not winning."

"It's chasing your losses," says Hing. "People are continually chasing money they've already lost, which is very conducive to losing control over spending."

Teacher and CHOICE member Vicki Northey was one of those taken in by the puff. "I wanted an iPhone, so I searched for it on Google and I saw this really cheap price come up – it was just $12 at auction. But to bid I had to buy points, and the more you buy the cheaper they are. So I started with $100. After I spent it all I thought, 'Well I've been bidding on this for a long time, I've got to be close.' So I bought another $20 worth."

Vicki soon regretted her decision to take a punt.

"You think you're just about to win – you've got the highest bid – and then in the last second someone puts in another bid and the clock goes back for another 20 seconds. That goes on and on and on."

"I realised I wasn't going to win, and I'd wasted $100 to $150. I went to school the next day and felt like an absolute fool, but I spoke with another teacher and she had also fallen for it! But she said she had invested so much, she was just going to keep going. She won in the end, but paid the same amount in bids as she would have paid at the store."

"It's worse than the pokies!" says Greg James, a concerned CHOICE member who nominated one such site for a Shonky. "I do a lot of online shopping on eBay and other sites around the world, and DealFun was cropping up advertising iPhones and iPads at 80% off. So, I signed up on a basic package of 150 bids for $65 just to see how it works."

"They're throwing a lot of money into search terms [to ensure they appear at the top of Google] to attach their advertising to iPhone and iPad searches – and it's a trap. Once they've got you they send you emails offering free and/or cheap bids, 'Get in over the next few hours and redeem them'. They're carrots to get people to log on. I think it's no different [to] casinos."

Is anything being done about penny/one-cent auctions?

When we approached several Australian experts in gambling and online gaming in 2011, none had heard of penny or one-cent auctions. While the pokies and online poker websites are well-known and well-covered by the media in this country, these smaller operations – which seem to be gaining popularity worldwide – are barely a blip on the radar.

The Australian Communications and Media Authority (ACMA), the regulator charged with enforcing the Interactive Gambling Act, takes the view that the sites are just like eBay.

"ACMA has received a number of complaints about online auction sites, including penny auctions, and has investigated these," says a spokesperson.