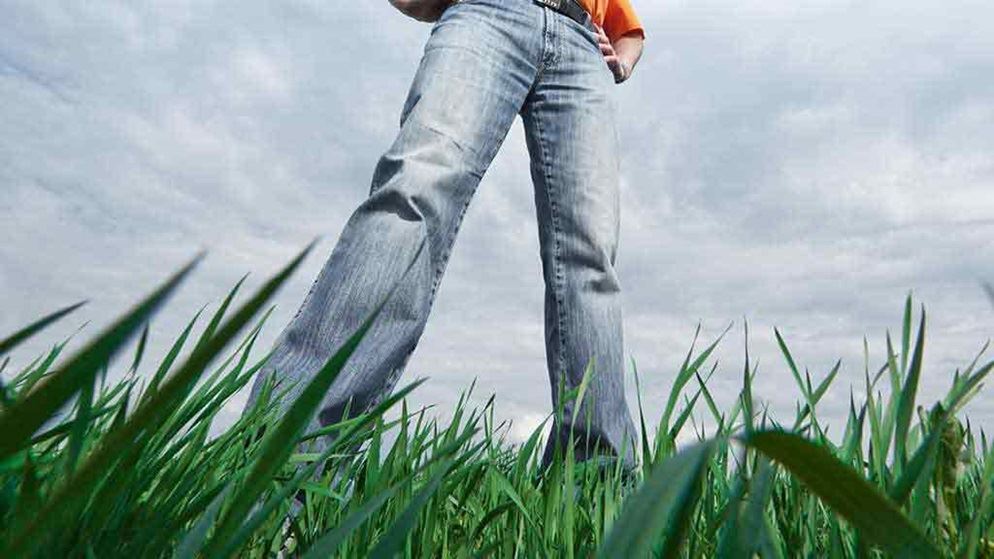 Some people have never had a problem finding jeans that are long enough. Some can even cross their legs in economy seats on airplanes, have plenty of headroom in even the smallest compact car, and have never had to apologise for elbowing their more diminutive friends in the eye. But there are plenty of consumers who constantly have to adjust to a world that just isn't the right size for them.

CHOICE uncovers the biggest problems for people blessed (or cursed) with towering physiques.

There are so many ways the world reminds tall people they are out of the ordinary – from clothing to transport and even hospital beds.

Australia doesn't have standards for adult clothing sizes, so designers settle on measurements through a mixture of sales history and guesswork. It's not surprising that when CHOICE asked tall consumers about difficulties faced due to their height, they told us that it's an epic quest to find clothes and shoes that fit well for a reasonable price.

Annemarie van Nieuwenhuijze is 179cm tall and her husband is 192cm. "Most shops assume that tall equals fat," she says. "Tops that are long enough are too big in width and look like potato sacks. Smaller sizes make me feel squeezed like a sausage – and I'm way too old to show my belly button! I buy my husband's pants in the Netherlands, where it is much easier to find his size."

Rosemary O'Brien is 184cm tall and doesn't own any long-sleeved shirts, "and I can't remember the last time I paid less than $180 for a pair of jeans," she says. "I once spent six months shopping constantly just to find a pair that fit." Finding decent shoes has also been a struggle for Rosemary. "I have size 12 feet. Unfortunately, most shoes available to me are styled for nannas or serve some orthopaedic function."

But the difficulties with shopping don't end there. With many fitting room walls and doors not extending all the way to the ceiling, tall consumers are sometimes forced into contortions to avoid giving other customers an eyeful. "I generally bend at the knees to make things decent," says Rosemary. "In one shop I had to kneel down to try things on. I ended up so fed up with the whole thing I gave up and didn't buy anything. This is where the internet has saved me."

For taller people, some modes of transport can mean claustrophobia at best, leg cramps and knee injuries at worst. Aeroplanes, cars, buses and trains – they can all pose difficulties.

'Roomy' small cars can be like sardine cans, and even larger vehicles can be smaller on the inside than they appear.

Public transport is no better, with some CHOICE members complaining about small seats and less-than-lofty ceilings.

Flying is even more problematic, with tall folks having to squeeze their legs into ever-shrinking economy seats. "Don't blame me if I'm kneeing you in the back, I've just got nowhere to put my legs!" says Amy Bascomb.

Consumers who need the extra space are also fed up with being forced to pay a premium for the privilege of sitting in exit row seats – assuming they're quick enough to book them. "Having to pay more for exit rows sucks, and often they're already taken. Why charge us for being born model giraffes?" laments Andrew Burger. And Opal Welsh's 197cm teenage son doesn't even have the option of pre-paid comfort – he's under the minimum age to sit in an exit row.

The length of pram handles can also be an issue for tall parents. "The handles never extend far enough! The same goes for most things you push. The wheels get in the way," bemoans one CHOICE reader.

The height of difficulty at home

You'd think the angst would ease when our lofty friends arrive home but they face hurdles there too. Unless built specifically with the tall in mind, every room can be full of frustration.

Ceiling fans and low-hanging lights can be a hazard, kitchen benches and sinks mean a bent back, and ordinary-sized tables and chairs offer little in the way of comfort.

Tall consumers can't even relax in the shower, as in many cases they have to bend at the knees to get clean. As one CHOICE reader says, "I have problems finding showers where I can stand straight and wash my hair." And soaking their troubles away with a nice hot bath is near impossible – tubs start at 120cm in length, and even the largest ones are only around the 190cm mark.

Sleeping isn't particularly restful when you don't fit in the bed. For Donna Edward's 196cm husband the problem has been longstanding: "He finds all beds too short, his feet always hang over the end when he sleeps!" In the United States, consumers can buy mattresses that are up to 216cm long, but the longest standard Australian king stretches to a mere 203cm. Tall Aussies have to spring for pricey, custom-made furniture.

Although many problems associated with height can seem minor, at times tall consumers are significantly disadvantaged. When Joseph needed surgery at a Sydney private hospital, he hadn't bargained on his height being an issue.

"The nurse realised immediately that the bed was way too small for me. She brought in a longer gurney but that also was too short, even when it was fully extended. I had to have my legs askew or my knees bent for more than 24 hours. I was really uncomfortable, particularly considering hospital gowns aren't conducive to these kinds of manoeuvres."

The hospital's spokesperson says their beds are a standard single size – 187cm long – but extensions can be organised with notice. Unfortunately, this was never mentioned to Joseph.

"I was measured before being admitted, but no one raised the possibility of my height being a problem. I'm 195cm tall, which isn't all that unusual – surely this has come up before!"

Where to shop as a tall person

There are some enterprising retailers and service providers who cater to those outside the average height box.

Tall-friendly clothes for men are available in Australia from:

Tall women can shop at:

Some specialist retailers also stock larger-sized shoes, as do Forbes Footwear, Rosenberg Shoes and Sole Searching. Or you can design your own at Shoes of Prey.

There's not much consumers can do about public transport, but selecting the best airline for legroom is made easier with Seat Guru, which publishes seating charts for most airlines and planes.

A custom-made mattress will be more expensive than a standard-sized one, but the added comfort may be worth it. They are available at Made to Measure Mattresses and Mattresses Online, among others.