Reading the fine print in insurance documents has never been easy – can the industry make it simpler? 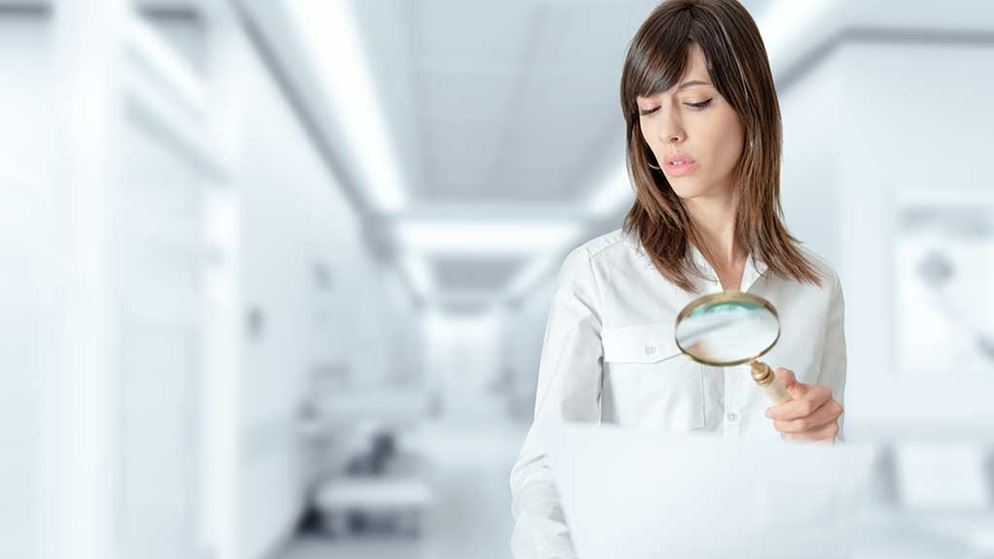 Despite numerous attempts to make insurance documents such as the product disclosure statement (PDS) clearer over the years, the fine print continues to defy comprehension. But a new effort to improve readability is under way, courtesy of the Insurance Council of Australia (ICA), which represents the interests of insurance companies but says it's also committed to helping consumers understand what they are and aren't covered for.

The current disclosure rules were established by the Financial Services Reform Act in 2001, and since then there's been a growing realisation that long and dense documents don't really work for financial services consumers. Refinements to the disclosure regimen along the way haven't quite solved the problem.

On the recommendation of the government's recent Financial Systems Inquiry, there's a new team on the job. A taskforce made up of representatives from IAG, QBE and Suncorp and other concerned parties (and chaired by veteran insurance lawyer Michael Gill) was formed in early July and is due to deliver its findings to the ICA board in November. So what can consumers expect from the Effective Disclosure Taskforce?

That remains to be seen, but early indications are that the group genuinely wants to make insurance documents easier to read and understand. That's a good thing, since the home insurance product disclosure documents from AAMI and Suncorp (both Suncorp brands) and NRMA (an IAG brand) we recently trawled through left even CHOICE's experts a bit dazed and confused – and we read these things all the time. NRMA's and Suncorp's both clocked in at about 84 pages (depending on whether you count section intros and the like), while AAMI's was about 60 pages long.

In announcing the new taskforce, ICA CEO Rob Whelan made the point that insurers are required by law to provide "highly detailed" disclosure documents, but he also acknowledged that the insurance industry, governments and consumer groups "all perceive the current disclosure regimen as being lengthy, often complex and not always helpful in ensuring consumers understand the product they are buying".

A word from the taskforce chair

Effective Disclosure Taskforce chair Michael Gill, who has also served as the Independent Chair of the General Insurance Code Compliance Committee, told CHOICE the road to making insurance documents easier to understand in Australia has been rocky – not least because getting consumers to read insurance documents of any kind can be a tall order.

"My practice as an insurance lawyer often involves disputes about the meaning of words and provisions in insurance policies, both commercial insurance and domestic insurance," Gill says. "I often describe the challenge as closing the expectation gap between what the consumer thought they purchased and what happens at the time of a claim. Disclosure has an important role to play, but it is only part of it."

Gill also makes the point that oversimplification isn't the answer. "The amazing array of factual circumstances that can give rise to a claim clearly means that we are often dealing with complex scenarios," he says. "It would be nice to think there are simple answers. Australia is yet to find them, and we have been looking for a long time."

The ICA's General Manager Communications and Media Relations, Campbell Fuller, struck a similar theme, but says there's reason to be hopeful that a fresh look will make a difference this time.

"Producing succinct disclosure documents that comprehensively inform consumers about a policy is not a straightforward task," says Fuller. "The varied needs of consumers, coupled with the infinite number of scenarios where a claim may possibly be made, makes disclosure a complex exercise."

Nonetheless, Fuller admits asking consumers to linger over every word of a mind-numbing document may be unrealistic: "Comprehensive policy information, though important when a consumer needs to make a claim, may not be useful or wanted by all consumers when they are shopping around for policies."

And this time around, the goal of achieving better disclosure will be aided by some new tools, including social media, interactive documents and "fresh insights into individual decision-making and how communications could be designed to lead to the best outcomes for consumers" that have come from the growing field of behavioural sciences.

As of November last year, home insurance documents have been required to include a Key Facts Sheet that outlines the main features of the policy in plain English – but only if you ask for it, or for further information about the policy in general.

Effective Disclosure Taskforce chair Michael Gill says Key Facts Sheets "are the last in a long line of efforts commencing with standard cover definitions in the Insurance Contracts Act, plain language modification and product disclosure statements. All of these changes were intended to better educate consumers, to make wordings that were easier for them to understand, and ultimately to bring more certainty to the buying process. I don't know if any of these things have succeeded, and if so, to what extent. In the meantime, the industry spends tens of millions of dollars complying and consumers seem to remain as confused as they were before."

The ICA's Campbell Fuller said research has yet to be undertaken to determine if Key Facts Sheets are making things clearer for consumers, but added that "research in Australia and internationally shows small differences in short-form disclosure can make a significant difference in how useful that disclosure is to users".

In June this year ASIC announced the outcome of an investigation into credit card travel insurance aimed at relieving consumer confusion about who was covered, the extent of exclusions and eligibility requirements. The regulator looked at 17 credit card brands, including cards offered by CBA, ANZ, NAB and Westpac, and convinced the credit card issuers and their insurers to make some much-needed improvements, including:

Following the investigation, ASIC Deputy Chairman Peter Kell echoed the concerns of the many confused consumers who had been in touch with ASIC and the Financial Ombudsman Service about unclear disclosure, saying that "credit card issuers and insurers must clearly set out what is and what is not covered by a policy, so that consumers can work out if they are adequately covered."

CHOICE is no stranger to the lack of standardised terms in insurance contracts; it's something we contend with regularly in preparing our market-wide compare-and-review reports. And we campaigned hard for a single definition of "flood" across all home insurance disclosure statements – a measure that came into effect in July 2014 after catastrophic floods in Queensland and NSW in 2011 revealed widespread homeowner confusion about whether they had flood cover or not.

While there is general uniformity in home insurance documents these days, home insurers sometimes use different words to describe the same or similar things, which only adds to the confusion. A couple of examples:

Actions of the sea Home insurers use different combinations of terms – including tsunami, storm surge, high tide and tidal wave – which makes it hard to know exactly what's covered when comparing one disclosure statement to another.

Damage by animals Some PDS documents say the policy covers "impact damage by animals, excluding pets or animals owned by you", while others say the cover is limited to "accidental damage only, [and] excludes biting, chewing or scratching". The language appears to describe the same event, but it's hard to be sure.

Ever read a PDS doc?

We asked our Voice Your Choice community whether consumers read and understand Product Disclosure Statements, and heard back from 480 members. Nearly one third (155) of the respondents said they don't read PDS documents, and 78% of that group said it's because they're too long and difficult to understand.

Of those who do read PDS docs, only 15% said they read them front to back, and 29% don't read them when initially choosing which policy to buy. Less than 1% of respondents said PDS docs were "very easy to understand", while 67% said they were "difficult to understand".

"I am currently looking at renewing my house and contents insurance," one member told us. "I received a renewal document from Suncorp with a Fact Sheet stating that I am covered for 'fire and explosion', but then the document states that I have 'no cover for loss or damage for arcing'. I am also covered for 'lightning' but the document states that there is 'no cover due to loss or damage caused by power failure or surges by your power provider'. In other words, it is as clear to me as mud!"