Many franchisees have paid dearly for signing on the dotted line, so do your homework first. 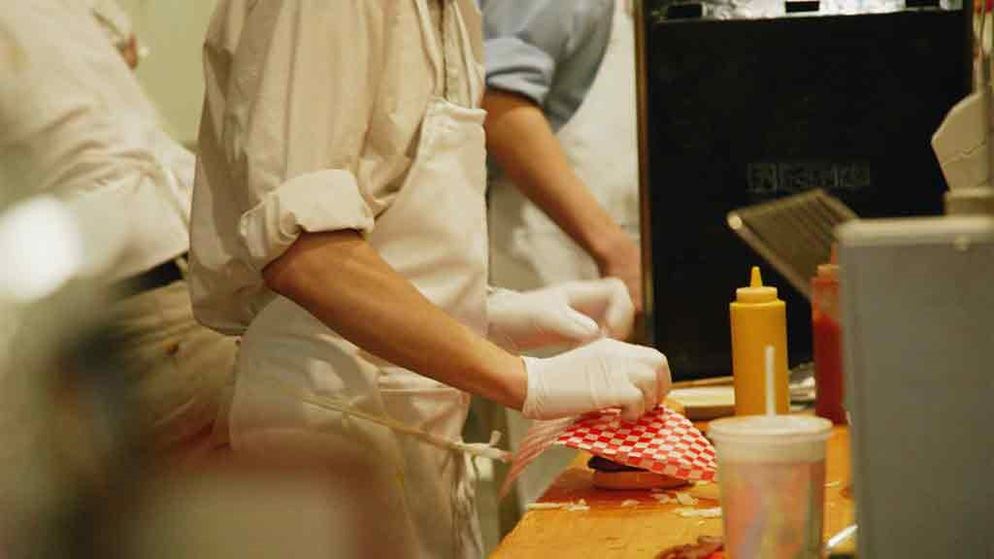 Think twice before joining a franchise

Running your own shop in a well-established chain may sound like a great idea, but many Australians have regretted getting involved in a franchise system. Franchise operators can make your investment sound like a sure thing – even a new and exciting adventure – but the experience of franchisees often turns out to be quite different from what they were led to believe.

Promised support from the franchisor is not always forthcoming, and franchisees still have to pay the franchisor regardless of how well the business holds up. But the downside of franchising hasn't dampened enthusiasm – the number of franchise systems in Australia has nearly doubled in the past 15 years alone.

In 2012 franchising generated around $131 billion in revenue with about 1137 different types of franchises employing upwards of 400,000 people. It's a big part of the economy, but the biggest problem for franchisors is finding franchisees, so they spend big bucks on advertising to get more people on board.

It's hasn't been an easy ride or a fair go for the many franchisees and former franchisees we interviewed for this report though. The franchisee might run the shop, but the franchisor can:

In 2010, the Australian Competition and Consumer Commission (ACCC) received more than 600 franchise-related complaints, many of which had to do with misleading claims about franchisees' potential earnings.

With little or no business experience, many franchisees often sign up on blind trust. But when the costs of meeting the franchisor's demands are more than the franchisee bargained for – and the promised support doesn't come through – franchise outlets can fall over. The franchisee can then lose their $300,000-500,000 investment, and the franchisor is free to flip the business to a new franchisee.

Even if the franchisee can present an open-and-shut case that the franchisor has breached the industry's code of conduct, they can rarely afford the legal costs of bringing the case to court.

Is there any regulation?

But enforcement of the code is another matter. ACCC Chairperson Rod Sims has acknowledged that much of what goes on in the franchising industry is "outside our jurisdiction", even though it's the ACCC that's tasked with regulating the industry.

In April 2014, changes to the franchising code of conduct aimed at better protecting franchisees were announced. They include:

Western Australia on the case

West Australian MP Peter Abetz introduced a state bill in 2010 to better protect WA franchisees, which was narrowly defeated. He has also drawn attention to the ACCC's unwillingness to become involved. Abetz referred in his February 2013 submission to the FCC review to numerous "stories of woe" from WA franchisees about franchisors who violated the code with impunity.

Some franchisees had been restricted to buying goods and services exclusively from the franchisor at inflated prices, a cost that contributed to the demise of their businesses. "Under these circumstances, the franchisor then terminates the franchise, resells it to a new franchisee and collects another substantial franchise fee," Abetz wrote. "The process is then repeated, resulting in a churn-out of franchise agreements, which only benefit the franchisor."

And because franchisors are under no obligation to renew agreements, regardless of how well the franchise has been performing, they can leverage the franchisee's effort and investment to their own ends, Abetz concluded. "There is nothing in the franchising code of conduct that prevents a franchisor not renewing an agreement, and simply taking over the thriving business that the franchisee has established through his [sic] own hard work and investment."

Franchisees can be left out in the cold by franchisors, but it can also go the other way. One of the biggest problems for franchisors is finding franchisees who can be relied on to maintain quality and stick to brand standards. In 2012, 18% of franchisors were engaged in a dispute with a franchisee, and about half of those disputes were about system compliance (with fees the next most contentious issue).

Here are some examples:

The Franchise Council of Australia also keeps tabs on what it views as Australia's best franchisors and franchisees. Franchisor of the Year awards for 2012 went to 7-Eleven and Luxottica (whose franchises include OPSM and Sunglass Hut), while individual franchisees running PoolWerx, Sign-a-Rama and Mister Minit outlets were also named.

Franchisors also have to worry about unauthorised activity by franchisees, such as:

A number of franchisees we interviewed expressed frustration at not being able to customise their offerings to meet the needs of a customer base they understand best.

We heard from more than a few aggrieved franchisees and ex-franchisees along with a few satisfied ones in the course of our investigation.

"We needed to make $10,500 a week to break even. In four-and-a-half years we only did that twice. The shelves had to be full, so we were tossing out about half of what we baked every day or giving it away to charities. And, the shop was in a terrible location."

"Our marketing payments just went into general funds and weren't used for marketing, but there was no regulatory body to keep an eye on the franchisor to prevent this from happening. Franchisees don't have the funds to prove a legal case. We went to ASIC, we went to everybody, but no-one would help."

"Due diligence isn't possible because the franchisee has to rely on information provided by the franchisor. People get spread sheets about the performance of other stores that turn out to be unsupported by tax documents. With as much as eight per cent or 12% of your annual revenue going to the franchisor in royalty payments, plus another 10% for marketing costs, any profit margin is raked off by the franchisor. But the bulk of their profit comes from churning franchisees."

"I've been with Smartline since 1999 and have stuck around for a number of very good reasons. They provide fantastic data management and IT support and also look after the relationships with the banks, all of which gives me a competitive advantage I wouldn't have on my own. The franchisor takes 30% of my commission in exchange for a great support system, which I consider a very fair deal."

"There's a whole series of support systems that people can draw on. We have 550 franchisees, and if a handful have grievances that's a very low number. We want them to succeed – it's better for both parties."

"There's been a huge amount of scrutiny on the sector, and when wrongdoing has been investigated, it always turns out there's nothing there. We recommend that potential franchisees speak to as many existing and former franchisees as they can and get good legal advice. Almost 100% of franchisees don't seek legal advice before going into an agreement."

"Franchisees are often wooed by the franchisor during the recruitment process and then dropped once they're in the contract, but the main issue is that they haven't done the due diligence before signing the agreement. Franchisees need to understand they're only getting a right to operate. Many of the problems in the industry stem from [franchisees] not realising it's not their business."

If you're considering becoming a franchisee, it's important to do your homework. We consulted with franchise lawyer David Newhouse of Newhouse & Arnold Solicitors to put together a checklist.

He says, "By the time the franchisees come and see us, they're about to lose everything – their house, franchise business, life savings and, in some cases, their marriage. It is critical that once the relationship with the franchisor turns – usually when sales are down or a breach notice has been issued – you urgently seek legal advice and try to salvage the relationship before it's too late."