How to teach your kids about money

Financial literacy from a young age can really pay off in the long run. 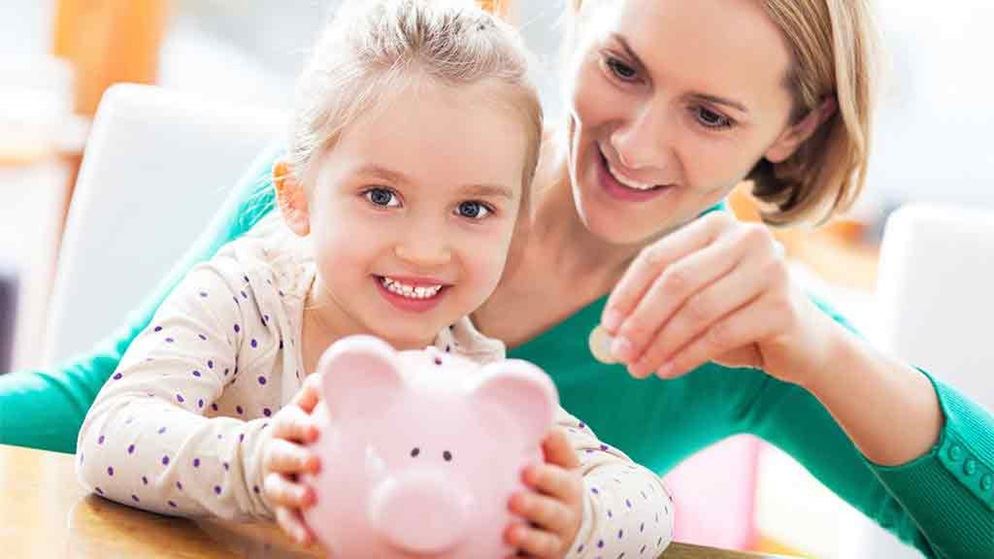 Not knowing the ins and outs of basic money management can get you into one of the worst forms of trouble – financial trouble. Without some working knowledge, you'll be at the mercy of financial professionals – some of whom may charge a steep price for doing something you could easily do yourself. Worse, you may end up following bad advice – all because you don't have a grip on the subject.

The trick is to start early, which is one of the aims of the government's national financial literacy strategy. Its earliest incarnations have included a number of ASIC-sponsored web-based programs aimed at getting school-age kids up to speed on things like credit cards, mobile phone contracts, bank accounts and the concept of investing. These really are the ABCs (or the 1, 2, 3s) of finance, and everybody should know them – unless you've decided to live in a cave and keep your money under the mattress (not a bad idea in times of global financial crisis, though a high interest savings account or term deposit is probably better).

Like it or not, we live in a material world ruled by money – or at least greatly influenced by it – and that doesn't look set to change in the near future. So, here's a five-step program for getting your kids' heads around the money thing.

1. Give children control of money

A scary thought, we know. But if kids don't learn how to handle money before adulthood, they may get the crazy idea that cash will always be there for them on demand. And because they're not yet fully tethered to reality, they may even get it in their heads that they won't have to be responsible for keeping a balance between earning and spending when they grow up.

Failing to dissuade your kids from this line of thinking probably counts as bad parenting, since you're setting the stage for a rude awakening – unless of course you've set your kids up with multi-million dollar trust funds.

So then, take some money you've already worked into your budget and give it to your kids! For example, if you currently spend $200 a month on dining out, give your child control over $50 of that. And do the same for clothing and other regular expenses. Don't add to your budget; allocate small portions of it to your kids.

The result will probably be that they spend too much on frivolous stuff at first. But when they want non-frivolous stuff, they'll have to learn to save for it and cut back on other expenses. Eventually, they'll learn how to make sound financial decisions – or at least understand what a sound financial decision is. Yes, it could take a while, but it's better they learn now than when bad money management skills can cause serious financial damage.

2. Teach your kids about earning with pocket money.

There is no iron-clad rule for what age to start giving kids pocket money or how much they should get – or whether they should get it at all. It will depend on how much you can afford and, of course, how the money ends up being used.

You could choose to link the amount of money to your kid's age. For example, if you have a seven-year-old, they could get $7 a week. Generally, the amount of pocket money a child gets increases as they get older, depending on whether you believe in a weekly allowance.

Whether kids should have to earn their pocket money is also up to you. You can give kids pocket money without expecting them to do anything in return (something which generally doesn't happen in the real world) or you can give kids a set amount of pocket money in return for doing household chores. In the spirit of gaining respect for money and where it comes from, the second option is probably best.

Make sure the chores suit the ages of your kids (five-year-olds and lawnmowers don't mix). If they're hungry for more cash, they can do something age-suitable above and beyond their weekly duties. This will drive home the lesson that money does not grow on trees – it actually takes time and effort to acquire it!

Another attitude is that doing chores goes with being part of a family, in which case kids might be awarded with pocket money for achievements like getting good marks at school or having a birthday.

3. Teach your kids to save for money goals

Once they realise there's more to money than just spending it, your kids will probably set their sights on something that exceeds their current budget. That's when you up the ante and starting teaching them about savings goals. Warning: it may come as a shock to some kids that you don't have to spend your money right away on the first thing that catches your eye, so you may want to ease into this slowly – unless of course you have a young fiscal conservative on your hands.

Your advice may run something along these lines:

You might also create a chart on the computer that shows their goal and little savings milestones along the way. There's nothing like a bit of visualisation to bring home one of the fundamentals of economics – spending less means you'll have more money!

4. Teach your kids how money can make money

This is where we move from merely saving money to putting your money to work, and it's a lesson that's applicable to all ages. It also involves a concept – some would even call it a virtue – that can be difficult to grasp at any age: patience.

Earning five per cent interest is far better than earning zero per cent interest, but kids tend to go for short-term goals and they probably won't see that earning power amount to much for a while. The solution is to set a longer-term goal, such as a trip once they finish school or a down payment on a car.

Whatever the goal, explain that they can put their money in certain simple investments such as a savings account or term deposit and watch their money grow – slowly, yes, but growth is growth.

5. Teach your children how to create a budget

It doesn't have to be a complicated budget; the goal is to teach them how to plan their spending instead of watching their net worth shrink with every impulse buy.

Start with some simple budget items and a savings plan, like $30 for a new soccer ball, $300 for a longer term goal like a bike, $20 for a birthday gift for Mum, and $10 for spending. Then teach them how to keep track of what's coming in and what's going out – and what's being set aside – in order to keep the budget on track.

If all goes to plan they'll be able to control their own financial destiny in the years and decades to come, which is one of the most valuable life lessons you can give as a mum or dad.