What are the major announcements in this year's budget and how will they affect you? 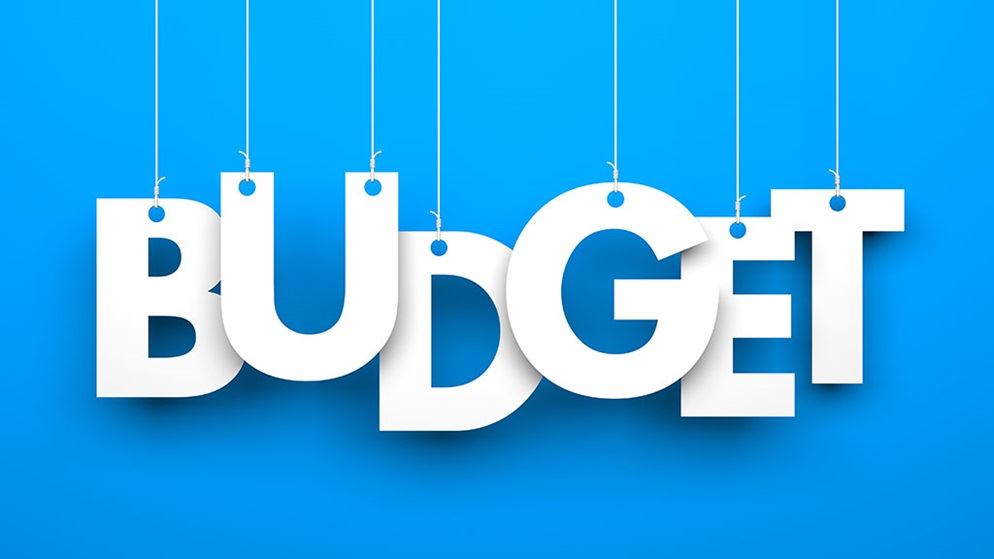 The 2015-16  federal budget is hardly the bombshell that landed last year, but it will have an impact - particularly on retirees, near retirees and parents with kids. Meanwhile, many of the measures from last year's budget still haven't passed the Senate. CHOICE drills down to the details you need to know about this year's budget.

If you're retired or retiring soon…

Many pensioners will be better off this year, while a number of wealthier retirees will either lose out altogether or have their payments cut. The government has abandoned its controversial plan from last year to change the indexation rate of the aged pension to CPI rather than increasing it in line with average wage growth. This would have affected pensioners across the board but had the biggest impact on pensioners of more modest means.

This year, the government is planning to tighten the assets test (that's assets in addition to the family home). How will this work? The taper rate for the assets test for the part pension will increase from $1.50 to $3 for each $1000 of assets you have beyond the assets-free threshold. This means eligibility for the part pension will cut out sooner, with around 326,000 wealthier retirees ending up worse off.

The government will also increase the asset-free threshold (the amount of assets you can have before your payment starts being reduced). This will increase from $202,000 to $250,000 for single home owners and from $286,500 to $375,000 for couples who own their own home. This change means around 170,000 retirees will be better off.

Those who'll be better off under the changes include:

The government is pushing ahead with its plan to increase the pensions entitlement age to 70 starting from 2035. This measure was introduced in last year’s budget but has still not passed the Senate.

Retirees with too many assets for the part-pension but with incomes under $51,500, or $82,400 for couples, will no longer be eligible for the seniors' supplement of $894.40, provided the government can pass this measure through the Senate. The government tried to pass this measure as part of last year's budget but has so far been unsuccessful.

If you're planning on studying…

Your degree may be more expensive next year if the government can pass its deregulation legislation through the Senate. The government plans to push ahead with last year's measure to deregulate university and TAFE fees, allowing institutions to set their own fees. This measure has been rejected by the Senate twice already.

Initially the government had also proposed an average 20% decrease in funding to universities and TAFEs but has so far been unsuccessful in passing the measure. It hasn't formally abandoned the measure, but has untied it from the fee deregulation legislation.

If you have a HECS-HELP debt…

Unfortunately for those with a HECS-HELP debt, the government will push on with its plan to lower the HECS-HELP repayment threshold. The government removed its measure to increase the indexation rate of all debts – new and retrospective – in line with the 10 year bond rate (which would be capped at 6%) as opposed to inflation (roughly 3%) from its bill last year. This would have had the effect of increasing student debts.

Australians living overseas with a HECS-HELP debt who earn over the $53,000 threshold will now have to start paying back their debt. This budget measure is expected to recoup $140 million over 10 years, averaging out to $14 million each year.

If you're planning to have a baby…

Primary carers who don't receive employer benefits will still be eligible to receive the minimum wage of $641.05 for 18 weeks under the current system. The scheme proposed last year would have provided paid parental leave for six months, matching full-time salaries up to $100,000 (pro-rata). This would have meant a maximum payment of $50,000.

If you have young children

The way childcare funding is distributed is changing. How it will affect you will depend on a range of factors, including:

Families with a combined income of less than $170,000 will be the best off under the government's new single, means-tested payment, provided you meet the activity test. However, the catch is that these measures are contingent on savings from changes proposed last year to the Family Tax Benefit, which will see single-income households worse off.

How many hours do I have to work? Stay-at-home parents that aren't in paid work or studying at least eight hours a fortnight will no longer be eligible for childcare subsidies. The number of hours of childcare you receive will depend on how many hours you work. Both parents will need to meet an activity test to be eligible for payments.

If you don't meet the activity test, but your family earns less than $65,000 a year, you'll be eligible for 24 hours a fortnight – either one 12-hour day or two six-hour days.

Want to use it on a nanny? Families that have a combined income of less than $250,000 and who find it difficult to access mainstream childcare services - such as shift workers, families in rural and remote areas and parents of children with special needs - will be eligible to use their childcare subsidies on in-home nannies. Payments will be paid directly to the childcare provider.

Three and four year olds will continue to be guaranteed 15 hours a week of kindy or preschool the year before they start school. The government has confirmed $840 million of funding over two years for the Universal Access to Early Education Program.

Parents who don't vaccinate their children will not be eligible to receive childcare payments or the Family Tax Benefit Part A end of year supplement from 1 January 2016.

New funding totalling $26 million will incentivise doctors to identify children overdue for vaccinations and pay for catching them up, as well as go towards developing an Australian School Vaccination Register to record all adolescent vaccines. Children's vaccines are provided free of charge through the National Immunisation Program.

As of July 1, families where one parent earns more than $100,000 will no longer be eligible for Family Tax Benefit B, one of the few measures from last year's budget that has passed the Senate.

While the other changes proposed to Family Tax Benefits in last year's budget have so far been unsuccessful, the government is still planning to push ahead with its other savings measures in order to fund its childcare measures.

The government plans to push ahead with its plans to:

If you use the health care system…

Changes to medicines on the PBS

Now that the government has abandoned its $7 GP co-payment measure and the $5 reduction in the rebate for those who pay, it is looking for other savings.

However, the government intends to continue with plans to increase the safety net threshold for the PBS (the point at which medicines either become free for concession cardholders or drop to $6.10 for everyone else), starting from 1 January 2016. This will see the safety net increase for the next four years by two prescriptions each year for concession card holders (or from $366 to $378.20) and by 10% each year for everyone else (or from $1452.20 to $1597.80).

Those needing new life-saving drugs for melanomas, breast cancer, and macular degeneration will be able to access these on the PBS following a $1.3 billion boost to the scheme. In addition, Australians aged between 70-79 will now be eligible to receive the shingles vaccine free of charge.

Consumers will also now be automatically signed on to the myHealth Record system, a national electronic database of medical records. This will enable doctors, nurses and pharmacists to have instant access to the medical records of their patients.  If you don't want to be signed up, you can opt-out.

Paid visits to the GP or specialist

The Medicare rebate for specialists and GPs has now been frozen until July 2018, which will mean those that pay a gap when they go to the doctor will probably pay more. Research in the Medical Journal of Australia has estimated increases for GP visits of around $8.40.

Funding cuts for public hospitals of $1.8bn over four years announced last year will continue to go ahead. As part of the measure, funding to public hospitals will be reduced by about $50bn between 2017 and 2025.

If you're under 25, you'll have to wait for a month before receiving government income support. But it could be a lot worse. Under the plan proposed in the previous budget, jobseekers under 30 would have been ineligible for payments for up to six months while they look for work unless they are studying.

In addition, eligible employers will be able to receive $6500 if they hire an eligible jobseeker under the age of 30.

If you buy intangible goods online…

The 10% GST will also be extended to cover intangible goods bought online such as movies, books and music – with what's been dubbed the 'Netflix tax'. It is unclear whether this will also extend to internet-based services such as Uber and Airbnb.

If you use home-based care...

Those in receipt of the Commonwealth funded Home Care Package will now have more choice regarding which provider they use. Instead of the funds being paid to the service provider, consumers will now receive them directly through the My Aged Care Gateway. There are no changes to the $7.5 billion worth of funding over four years for the program.

Employees of public benevolent institutions such as public hospitals and not-for-profits will have their meals and entertainment benefits capped at $5000 a year. Until the change, these employees have been able to to deduct an unlimited amount of spending on restaurant meals, alcohol and entertainment from their pre-income tax. This is in addition to fringe benefit tax concessions these employees receive, which are capped at $30,000 for not- for-profits and at $17,000 for public hospital employees.

Funding for consumer bodies and regulators

No further cuts to consumer protection bodies such as ASIC and the ACCC have been announced, but nor have funding cuts announced last year, which the agencies say have hampered their ability to protect consumers, been reinstated.

CHOICE has been calling for the government to reinstate ASIC funding to pre 2013-14 levels, but this budget brings no good news on that front. In last year's budget, ASIC, which keeps an eye on the financial services industry (including  financial advisers),  had its funding cut by a total of $167 million over four years (made up of a $120 million funding cut and a $47 million "efficiency dividend"). Prior to the cuts, ASIC said it was already unable to properly fulfil its supervisory role due to lack of resources.

However, ASIC will receive a small increase in funding through the new Serious Financial Crime taskforce that will investigate and prosecute, among other things, superannuation and investment fraud

As part of an efficiency dividend in the 2014-14 budget, the ACCC was subject to a 12.5% reduction in staff. These cuts to staff have not been restored in this year's budget.

The government has committed to $25.6 million worth of funding for free financial counselling services in areas where people are subject to welfare payment income management over a period of two years. Funding for these services had been left up in the air following last year's budget and questions still remain about whether services in other areas will be funded.

The good news is that other consumer protection agencies including the Australian Communications Media Authority, Food Standards Australia and New Zealand and government supported ombudsman schemes such as the Telecommunications Industry and Financial Ombudsman Service have not been subject to further cuts.

We're all going to be paying slightly more for honey, bananas, eggs and chickens. But there is a good reason behind most of these changes. The Australian Honey Bee Industry Council has asked the government to increase levies by 3.7 cents a kilogram to help them with work on plant health, animal diseases and emergency plan pest responses. Banana prices should also only spike by 0.75 cents a kilogram as we pay a bit more to help industry eliminate banana freckle.