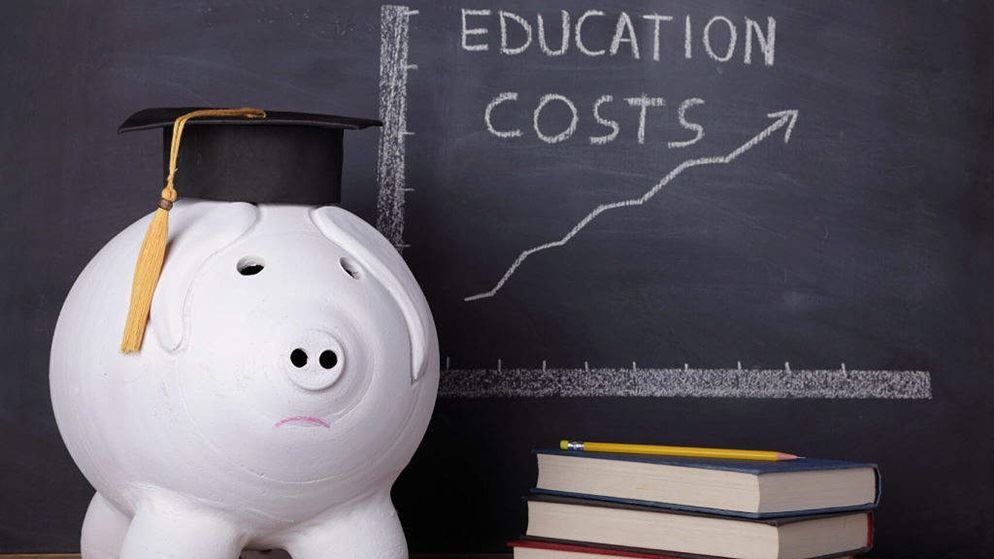 The federal government has been handed a gift in the lead-up to the Federal Budget, in the form of a report that will help it push the case for an overhaul of the student loans scheme.

The Parliamentary Budget Office this week released its report into the higher education loan program, and has predicted that loans for education will account for almost a fifth of net public debt in ten years.

HELP loans, which provide assistance to tertiary students in subsidised courses as well as full-fee university and vocational courses, currently cost the Commonwealth $1.1 billion to offer. That figure will balloon to $11.1 billion dollars in 2025­-26. Over the same period total student debt will grow to $185.2 billion, more than four times the size of the current liability.

The PBO report lays blame for the projected blowout at the feet of both the Labor Party and the current government. The uncapping of undergraduate student numbers by the Gillard government in 2012 led to an increase in the number of HELP loans, as more students entered the university system.

In a blow to the government's reform pitch, the second contributing factor was identified as the planned cuts to university grants and the deregulation of course fees. Floated by the Abbott government in the 2014 Budget, this policy is expected to drive up course fees, transferring a larger financial burden on to students, which will in turn lead to larger HELP loans. Although this measure has been blocked in the Senate, the policy has not been abandoned by the government. At the same time, the government also wants to remove discounts for up-front and voluntary HELP repayments.

As the size of HELP loans grow, so does the cost to the government. The outstanding balance on HELP debts increases annually in line with the CPI, giving the loans a real interest rate of 0% for the student. Not so for the government, which takes on significant debt in order to offer the loans.

At present the HELP portfolio accounts for 4.8% of net debt, set to jump to 18.3% by 2025­-26. At that time a staggering 46.3% of the interest paid by the Commonwealth will come from debts incurred funding HELP loans. 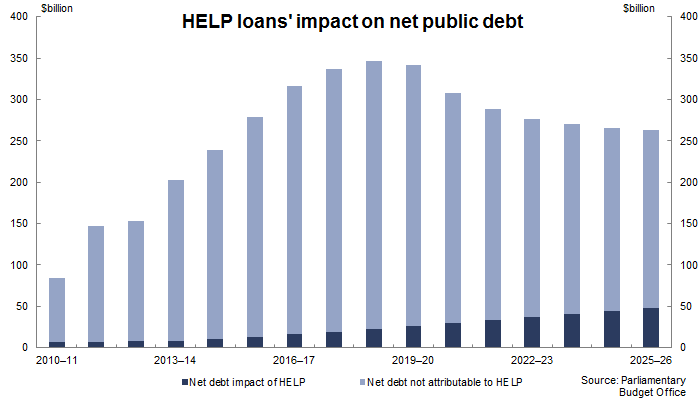 It is expected that the combined cost of concessional interest rates and "doubtful debts" – loans the government has written off ever recouping - will make up more than a third of HELP costs in a decade. Cost growth in these areas makes them likely targets for reform.

In drawing a link between the concessions offered to students accessing the loans and the increasing cost of offering them, the PBO has opened the door for changes to student loan, which include the possibility of government collecting interest against the debts. Reducing the income threshold at which loan repayments begin, proposed recently by Andrew Norton of the Grattan Institute, will allow the government to collect repayments from an increasingly large pool of part-time workers.

"The nation has fiscal challenges that we must be honest about," says Education Minister Simon Birmingham on Wednesday. "We must address how it is we pay for things in the future. There is no point believing that just by racking up ever-increasing debts today, that somehow Australians down the track will miraculously be able to pay."

The Budget will be delivered on 3 May.