How to buy the best rangehood

Find the best machine to take the heat, smoke and steam out of your kitchen.

Who likes the smell of burnt food? Not us! Preventing smoke alarms from going off all around Australia, rangehoods regularly save the day when culinary disasters turn black in the blink of an eye. They're also good for taking the heat out of steam and fats.

We know from testing that ducted rangehoods are best – these are the ones that suck out the odours to vent outside.

But some of us won't have that option when we are looking to replace a broken rangehood, or simply don't have the space for it. Whatever the reason you can't duct (expense, or apartment living), recirculating rangehoods are the other option. They suck the air through filters and, as the name suggests, put that air back into the room. They're a little more expensive in the long run because the carbon filters need replacing periodically.

All rangehood types are generally available in 60cm or 90cm width, so they cover the most common widths of cooktops, and most types are available in either ducted or recirculating. 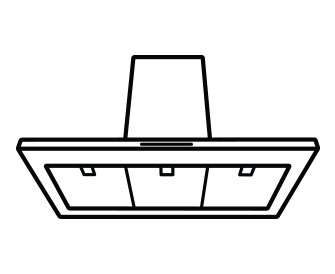 Pros: Generally perform the best, as they tend to cover the whole cooktop area.

Cons: Depending on the style and brand they can be very expensive compared with the other systems available, but bargains can be found.

An undermount rangehood is integrated into the kitchen cupboard. 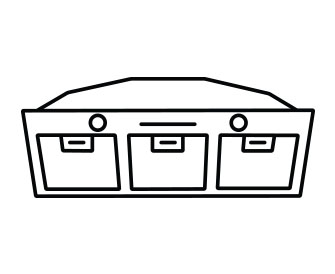 Pros: They are an increasingly popular choice; unobtrusive and hidden away.

Cons: Because they aren't necessarily covering the entire area of the cooktop, they may not work as well as, say, a canopy rangehood when extracting steam, depending on where your saucepan is located. 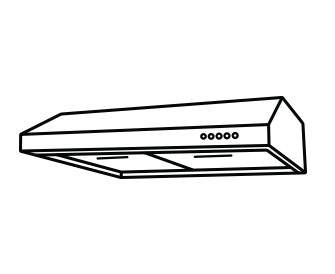 Pros: Fixed models work better than retractable ones in both recirculating mode and ducted mode because they cover more of the cooking area. They also have a considerably larger filter area.

Cons: A fixed rangehood may get in the way, especially if it's at head height.

Retractable models have a fan and light that turn on as you slide them out manually. 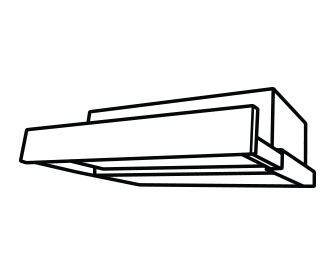 Pros: Once you finish cooking, you can push them out of sight and out of the way.

Cons: These are generally less efficient at venting steam because of their smaller steam collection area; this is especially the case in recirculating mode.

These vents are hidden behind the cooktop and rise up when in use, sucking in fumes and pushing them downward and out through a duct. 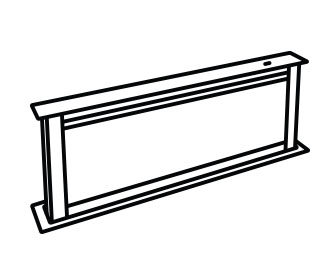 Pros: Space efficient and invisible when out of use, ideal for island cooktops

Cons: They are more expensive and less efficient than many rangehoods, especially when cooking on taller pots.


What to look for

This is usually quoted in cubic metres per hour. We've been testing rangehoods for some time and we've found that the claimed extraction rate makes little difference to the performance. This is because the internal design and the installation of the rangehood matters a lot more. For example, if the rangehood duct is obstructed, all the extraction power in the world isn't going to help. It may help a salesperson to sell the rangehood if they can rattle off a large number, but when you get it home and have it installed you'll want it to work effectively, not inefficiently. Have a look at our reviews to make an informed choice.

In brief: Claimed extraction rate is not as important as good internal design.

It should be easy to clean and have no nooks and crevices where dirt and grease can build up. Fixed rangehoods with a smooth underside are generally easier to clean than retractable ones.

In brief: Look for a smooth underside.

All rangehoods have a filter. Those made of aluminium mesh are relatively easy to clean and the cheapest, as non-washable filters need replacement which means ongoing costs. If you install a rangehood in recirculating mode it'll also need a carbon filter that has to be replaced regularly.

In brief: Aluminium mesh is best.

Two globes over the cooking area generally provide better visibility than one. Make sure the globes are easy to replace. Models with halogen lights have better illumination than those with incandescent or LEDs – speaking of which, LED lights use less power than incandescent.

In brief: Controls should be located on the front panel.

Noise level is an important consideration, especially in open-plan kitchen/dining/living rooms. Ask in the shop if you can listen to the rangehood on all its settings – you should be able to hold a conversation while it's on.

In brief: Ask to turn it on and listen in store.

A one-way flap inside a ducted rangehood can help keep hot air inside during winter or cold air inside during summer, instead of escaping through the duct to the outside. Some rangehoods have these built in, and some have them as optional extras.

In brief: Help regulate the temperature in your kitchen with a one-way flap.


How to install your rangehood

Installing a rangehood can be fairly simple if you have some DIY skills, and provided there's a power point close by – if not, you'll need a licensed electrician to install one. Always follow the instructions carefully. You'll need an electric drill, some basic hand tools and, if possible, someone to help.

To install a rangehood in recirculating mode, mark on the wall, or in the kitchen cabinet, where to drill the holes. Some manufacturers supply a template for this, or you can use the rangehood itself. Observe minimum height distances from the cooktop that are given in the instructions. Fasten the screws while your helper holds the rangehood in position. Plug it in and it's ready to go.

Installing a rangehood in ducted mode is more complex and involves knocking holes into the wall or ceiling for the pipes. The manufacturer usually sells the ducting kit separately. If possible, use smooth, non-flexible ducting (flexible ducting causes air turbulence, reducing the efficiency of the fan) and install it via the shortest route to the outside. Don't vent it into a wall cavity or a chimney or flue that carries combustible products from other sources.

Converting a rangehood from recirculating to ducted mode

This is generally quite easy. You'll probably just have to remove the cover plate from the top or back of the unit and affix a collar with screws, attach a pipe to the collar and feed it through a hole in the wall or ceiling, and remove the carbon filter.

To keep the rangehood working well, wash the mesh filter regularly according to the instructions (or replace the filter, if it's non-washable). The less grease and grime it contains, the better the airflow and efficiency.

Replacing your filter – how often and how much?

Recirculating rangehoods have a carbon filter that needs to be replaced regularly. How often depends on your amount and type of cooking. Manufacturers' recommendations vary from replacing it every month to once a year, with every three to six months the most common recommendation.

The cost of a replacement filter ranges from $15 to $69. So the cost of running a recirculating rangehood efficiently could mount to well over $100 a year, considering you might have to replace the filter several times a year.