A sous vide tool that utilises your pot collection. 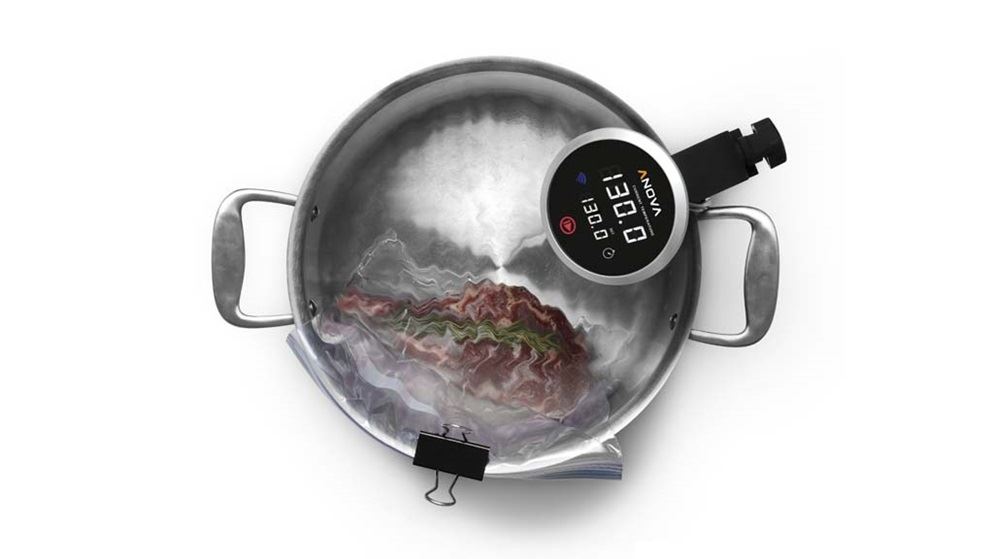 If you're a fan of shows like MasterChef, you may have seen a commercial version of the Anova Precision Cooker. It works using the 'sous vide' method, where food is placed in a vacuum-sealed bag and immersed in hot water at an exact temperature so it cooks from all sides simultaneously.

Our colleague at Consumer NZ, Hadyn Green, took the Anova for a spin in his own kitchen:

Essentially, a sous vide machine is a spa bath for food. 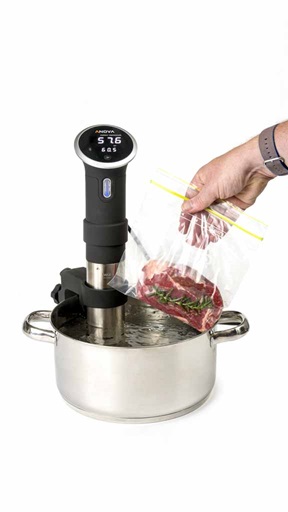 Sealing the food in a bag means it cooks in its own juices alongside whatever you add. To create a vacuum-sealed bag, place the food inside a ziplock sandwich bag, partially seal the bag, dip it in water until all the air has been pushed out, then close the seal.

Some cooking times are quite long. For example, I cooked a pork belly that took 10 hours at 70°C. There are lots of recipes and guides online for sous vide beginners. I recommend SeriousEats.com, which has an excellent guide, including for cooking steak.

The table below is a good starting point. The timing range depends on the cut and size of the steak. I cooked two 200g scotch fillet steaks for an hour at 62°C, which made them perfectly medium.


A problem with the sous vide method is that meat comes out of the bag looking grey and unappetising, so you need to briefly put it on a very hot pan or skillet to give it a seared look and caramelised flavour. As an aside, this is almost the reverse of how most restaurants cook steak, as they quickly sear the meat first, then put the whole pan in an oven to cook through.

My wife and I were given the Bluetooth version of the Anova Precision Cooker for Christmas. It's a 37cm-long cylindrical device that clamps to the side of any large pot, heating and circulating the water to create the sous vide effect. It's different from the large machine you see on cooking shows, which takes up loads of valuable bench space.

We've tested 30 slow cookers in the CHOICE labs including models from Crock-Pot, Breville and Kambrook. Find the best buys in our slow cooker reviews.

The Precision Cooker has Bluetooth and Wi-Fi models (the Wi-Fi model also has a higher power output). The cooker connects to your phone and you control it via the Anova app. The app has built-in recipes and tips, but its best use is setting the temperature and timer. It's a useful feature, but not an essential one as you can set the time and temperature manually too.

Since getting the machine, we've used it as often as we can. We've cooked pork belly, steaks, pork loin, spare ribs, vegetables, and soft poached eggs in the shell. All came out perfectly cooked. Even the eggs were cooked so that the insides were still runny (they were fantastic in our ramen alongside the sous vide pork belly). It's hard to describe exactly how good sous vide food is, but you may never want to cook another way again.

The Precision Cooker is only available through specialty cooking supplies stores and online through Anova's website.