Recognise the symptoms of dementia, and guard against them for the future. 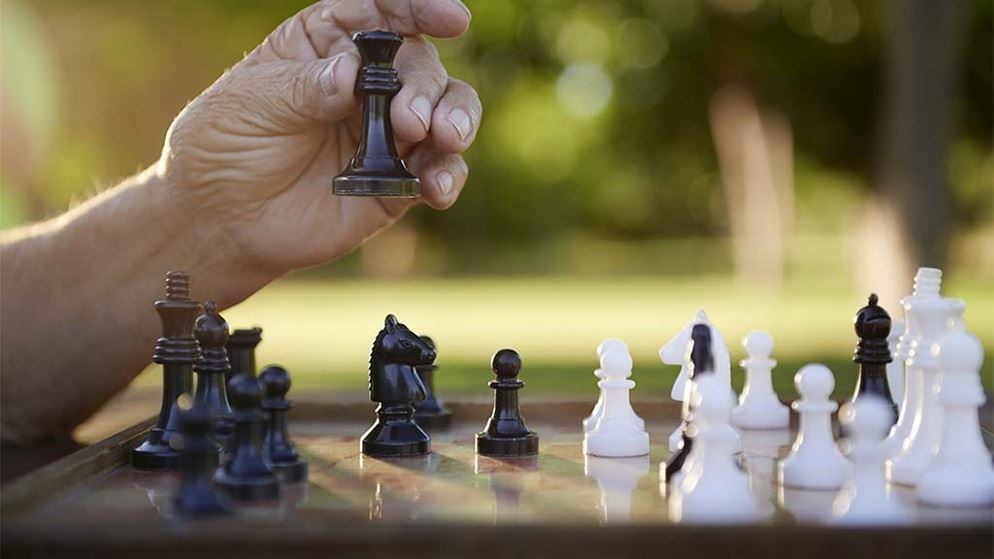 Want to know how to recognise – and fight – dementia?

There are 1500 new cases of dementia diagnosed in Australia each week, and it’s predicted that by 2050 there will be almost one million Australians with the condition – and 10 times as many family members and friends suffering indirectly from its effects.

As we – or our parents – age, it can be helpful to know the early signs of dementia to get treatment as soon as possible and to prepare for the future. There are also things we can do to help slow down or delay dementia.

Dementia describes a broad range of symptoms and exists in many forms, each with its own cause.

Alzheimer's disease is a progressive, degenerative illness and the most common form of dementia, accounting for about 60% of cases. The cause is unknown, but disease pathology in the brain is characterised by "tangles" of material inside brain cells and deposits or plaques of amyloid protein outside the cells, which interfere with brain messaging and lead to cell death and loss of function. The familial form of Alzheimer's can be inherited from an affected parent, whereas sporadic Alzheimer's disease can affect adults at any age, but usually after 65. This is by far the most common form of Alzheimer's disease and affects people who may not have a family history of the disease.

Vascular dementia refers to dementia related to poor blood supply to areas of the brain, and is the second most common form of dementia.

Dementia with LBD is caused by the degeneration and death of nerve cells in the brain, which is thought to be linked to abnormal spherical structures inside nerve cells (Lewy bodies).

Mild cognitive impairment (MCI) refers to cognitive decline in older people that is beyond what is expected, but not sufficient for a dementia diagnosis. Those with MCI are still very functional but have a 45% chance of experiencing further decline and progressing to Alzheimer's disease.

Although there's no known cure, research shows that cognitive decline in later life is influenced by factors such as high blood pressure, heart disease and high cholesterol, exercise, diet, cognitive activity, mood and sleep. Modifying these factors may protect against the onset of dementia.

Age is also a well-established risk factor for Alzheimer's disease. A quarter of people aged over 85 have dementia, but it's now thought that degenerative changes in the brain can start occurring 10, 15 or even 20 years before outward symptoms first appear. Up to 40% of adults over 60 years of age, without observable dementia or cognitive decline, show signs of Alzheimer's in their brains when they die.

Late-onset depression - depression that first starts in your 50s - may also be a red flag for brain changes, which can lead to further cognitive decline. To reduce your risk of developing dementia, stay healthy, active and social, and challenge your brain with new activities, especially from your 40s.

Most cases of dementia are not inherited. Direct inheritance or familial Alzheimer's disease - where a child inherits a mutated gene from a parent - isn't common in Australia. However, it means Alzheimer's disease will develop usually in the 40s or 50s.

Most people with dementia are affected by sporadic Alzheimer's disease, which can affect adults of any age (but usually those aged over 65) who may or may not have a family history of the disease. Sporadic late-onset Alzheimer's disease doesn't appear to pass directly from one generation to the next, but is associated with the presence of the ApoE14 gene, which can be inherited. This gene is carried by 25% of Australians; although there is an increased risk for these people, about half of ApoE14 carriers who live to 85 years old won't develop Alzheimer's disease.

Some changes in the ability to think are a normal part of the ageing process, but dementia isn't part of this. Most healthy adults over 65 experience some decline in cognition such as visual and verbal memory, immediate memory or the ability to name objects and control and maintain attention. On the plus side, vocabulary and verbal reasoning can remain unchanged or even improve during the normal ageing process.

Those suffering dementia usually have problems that affect the ability to live independently and perform basic tasks. Stress, lack of quality sleep and depression can also interfere with cognitive function. So although it's common to occasionally be unable to recall an event or conversation, or to be a bit slow coming up with the word you want, if you frequently forget the names of close friends or family you should speak with your doctor.

In the early stages of dementia, changes can be subtle. Sufferers can lose personal insight so they don't detect changes in their own behaviours. Often, family or friends identify changes first and flag the problem with a doctor.

If any of the following ring true - in yourself or those close to you - speak with your GP:

It's not possible to cure or prevent dementia completely, but increasing or maintaining social and intellectual activities may help delay its onset. Several studies have shown that education is associated with a lower risk of developing dementia because it provides a protective reserve that stops outward symptoms, even when there's significant disease in the brain.

Associate Professor Sharon Naismith, head of the Healthy Brain Ageing Clinic in Sydney, says that while cognitive training two or three times a week can be beneficial, it must be an active, novel process that increases in complexity and gets the brain cells working. She says that good computer or internet-based cognitive training programs aren't widely available to the community, but can provide engagement and are often user-friendly. As long as they're new to you and are increasingly challenging, activities such as learning a new language, instrument or skill can help.

Maintaining physical activity in mid- and later life is associated with a lower risk of cognitive decline and dementia, and is a recommended part of prevention. But those who play contact sports such as football and boxing and experience severe head injuries - including loss of consciousness - may be at an increased risk of developing dementia. Some studies have shown that severe head injury from any cause can increase the risk of developing Alzheimer's disease by up to 10 times. Protective headgear should be used in high-contact sports and activities where risk of head trauma is high.

Excessive consumption of alcohol isn't recommended for good health in any case, but if combined with vitamin B1 deficiency it can lead to Korsakoff's syndrome, an alcohol-related dementia. The good news for those who enjoy the occasional glass of wine is that light to moderate alcohol consumption may actually lower the risk of dementia, especially Alzheimer's disease and cognitive impairment. National guidelines recommend that healthy men and women drink no more than two standard drinks on any day, to reduce risk of harm from alcohol-related disease or injury.

Currently, there isn't enough evidence to promote alcohol consumption to non-drinkers as a way to reduce dementia. So if you don't already drink, don't use brain health as a reason to start!

Without a cure on the horizon, prevention is the best medicine. Following our tips below may help reduce your risk of developing dementia.