Experts say they could do more harm than good. 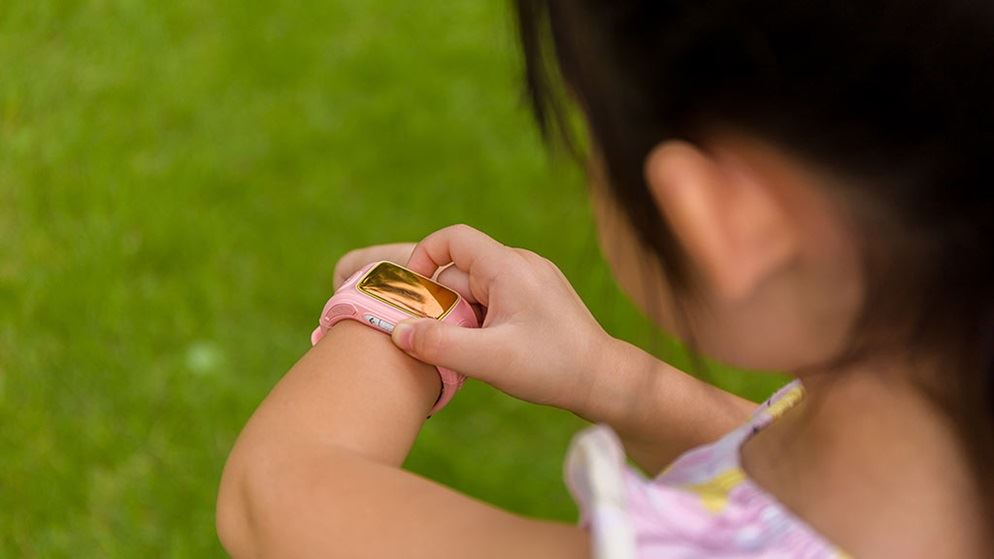 It's been hard to deny the rise and rise in popularity of fitness trackers. Wearable technology that lets users track their steps, activity, calories burned and even sleep patterns every day is a must-have for fanatics and new-leafers alike.

From basic plastic models to high-end devices, there are plenty of Australians strapping some kind of fitness tracker to their wrist as part of their daily routine. And where adults tread, children are often keen to follow, with many kids now using fitness trackers designed for adults.

Recently it's been hard to escape advertising for Garmin's new VivoFit Jnr fitness tracker – featuring celebrity personal trainer Steve "Commando" Willis and his eight-year-old daughter Ella – flogging the wonders of this device designed specifically for little kids that promises to track steps, sleep and more. And Garmin isn't the only brand targeting kids.

But do children really need fitness trackers in the first place? And can they actually cause more harm than good?

You only have to walk past your local primary school or preschool at playtime to see the hive of activity children create. From skipping, cartwheels, running and climbing, many playgrounds give the impression that the energy created by little kids could power a small city if it was harnessed.

But at the same time the statistics are alarming when it comes to Australian children's health, with one in four kids now classified as overweight or obese, and an increasingly sedentary population spending more and more time indoors or on devices.

It's no wonder that plenty of parents are attracted to the idea of technology helping to get kids up and moving. But the jury is still out on whether wearable tech is really the answer when it comes to kids and their health.

While some experts say the gamification of exercise is a good fit for modern children who are already using technology and devices in most other areas of their life, others have concerns about online privacy, and the dangers of a simple approach to what is a complex issue when it comes to health and fitness for growing bodies and minds.

How much activity do kids need to do?

From birth to pre-school:

Brodie Cambourne, an accredited exercise physiologist, says while fitness trackers can be suitable for some children, age does matter.

She says children under five are too young to be tracking their activity, and fitness and activity should be fun and play-based for little ones.

She says that some primary-age children may like to use fitness trackers as it can be a way to get engaged, view their progress online and share it with peers and family members. However, any use of these devices should be monitored by parents and carers can help interpret results and offer positive feedback.

Cambourne says when it comes to exercise overall, the key to getting kids to enjoy being active is to keep them engaged, whether that's using technology or any other approach that suits the individual: "When a child is 'engaged' in an activity it means that they feel that the activity is achievable, has benefit to them and is something that they can feel confident to talk about."

She says for some kids that may mean using technology like a fitness tracker. "They are one method for creating 'engagement'. They allow children to view their progress, which in turn encourages them to talk about their progress or show others what they have been completing each week."

While tracking your fitness with wearable technology is not new for adults, is the same approach for children simply putting an 'adult' lens on a child's perspective?

Jill Hnatiuk, a lecturer in health and physical education at Western Sydney University, says that while there's evidence that fitness trackers can be effective for adults there just isn't enough information on whether they're effective with children as yet.

Hnatiuk says that if a parent or carer's goal is to increase physical activity in their children, there are many other established, evidence-based strategies that can be used to do this instead of looking to a fitness tracker for a solution.

"I also find it interesting that trackers largely put the onus on the individual, while we know that there are many factors within our social and physical environment that influence the physical activity that a person – adult or child – engages in."

Despite the rise in popularity in wearable technology, there are concerns that tracking movement could trigger obsessive behaviour and even eating disorders in children and young people, particularly when many apps encourage users to share their results with peers.

In New Zealand, high school counsellors voiced concern that tracking steps and calories could become a fixation with some students, especially girls trying to lose weight. Similarly, in the US, a college program that gave students the option of wearing a Fitbit as part of a fitness program sparked an online petition over fears it could promote eating disorders.

Christine Morgan, CEO of The Butterfly Foundation – which represents people affected by negative body image and eating disorders – says that using fitness trackers can be problematic for some as they encourage the idea that health is based on a numerical value. "We know this is not a sufficient enough way of understanding health, and can be dangerous for some young people."

Morgan recommends a visit to a GP for a health screening before jumping straight into using a device. She says that for parents and children, the focus on health and fitness needs to be holistic, with equal consideration being given to social, emotional and physical health.

Brodie Cambourne says that a child using a fitness tracker to set goals that may not be achievable for their age group or ability could definitely cause anxiety, as can using an app that shares results with family or peers.

"If fitness trackers are being used in a group or family situation where there may be siblings who often perform the same activity," says Cambourne, "then it is worth checking with each child if they would like to publish their progress or keep it personal, much like a diary."

Morgan says it's important for parents and carers to be aware of risk factors.

"Physical activity and sporting environments play an important role in influencing how people perceive their own bodies. High levels of exercise have been identified as a potential risk factor for eating disorders. We know that some effective strategies in the prevention of eating disorders include developing a focus on self-esteem, positive body image, and a balanced approach to nutrition and physical activity."

Using a fitness tracker generally means capturing your data via a smartphone app, which often offer options for sharing information with friends, family or via other social media platforms; some of the more sophisticated wearables also include GPS. As a result, there are concerns about children and their privacy and safety.

"Many people implicitly trust the terms of use on devices and associated apps, scrolling to the bottom and pressing 'agree'. It's imperative for parents to take the time to read the terms of use carefully and assess whether you're comfortable with what data is being collected and how it's being used."

Wright says the biggest risk with these devices is oversharing information, with neither parents nor children realising how much personal information they're broadcasting. She says checking privacy settings are set correctly can prevent uninvited persons from knowing where and when your children exercise or meet up with friends for activities.

She also says that security and privacy settings should be top of mind if you do decide to buy a fitness tracker or wearable.

"Rather than just comparing price and functionality, compare the security and privacy settings offered by different devices," says Wright. "Make sure the device you choose allows you to make good, informed choices about what personal information you want collected, and how this will be shared."

Earlier this year Nestlé's Milo launched the "champion's band", a fitness tracker aimed at kids aged six to twelve years old. The band (which only comes in Milo-branded bright green) claims to help "your champion get ahead with balanced nutrition and an active lifestyle".

The band, in conjunction with a Milo-branded smartphone app, claims to let parents or carers keep track of their kids' physical activity and food intake, while setting "fun" targets that can teach them new skills and challenges where they can "team up with friends".

The juxtaposition of healthy lifestyle messages combined with unhealthy food marketing is a common tactic, according to Jane Martin, the executive manager of the Obesity Policy Coalition. She says plenty of junk food companies sell the message that you can simply outrun bad eating habits if you exercise enough.

"The Milo tracker is creating an impression along with the rest of the Milo marketing: packaging, the promotions via the cricket, champion brandings [... it] all builds an impression of energy and fitness," she says.

Martin says messages like these can be confusing to children who may be under the impression that being healthy is simply a case of energy in equals energy out – a point none too subtly hammered home by Nestlé in this case by including a large tin of Milo in the pack with the fitness tracker.

"It's a simplistic message around an issue that is far more complex," says Martin, adding that this is a typical marketing tactic. "No-one in this industry ever says sugar, they only ever say energy. It creates an impression that you 'need' it, like it's a good thing."

While Martin thinks the Milo fitness band itself will see limited success, she says it's just another element of the total marketing juggernaut by the brand around messages of fitness and health aimed squarely at young children. "All these marketing messages are a good way to get in really early with children and build the brand."

Tips for getting your kids moving (without the technology)