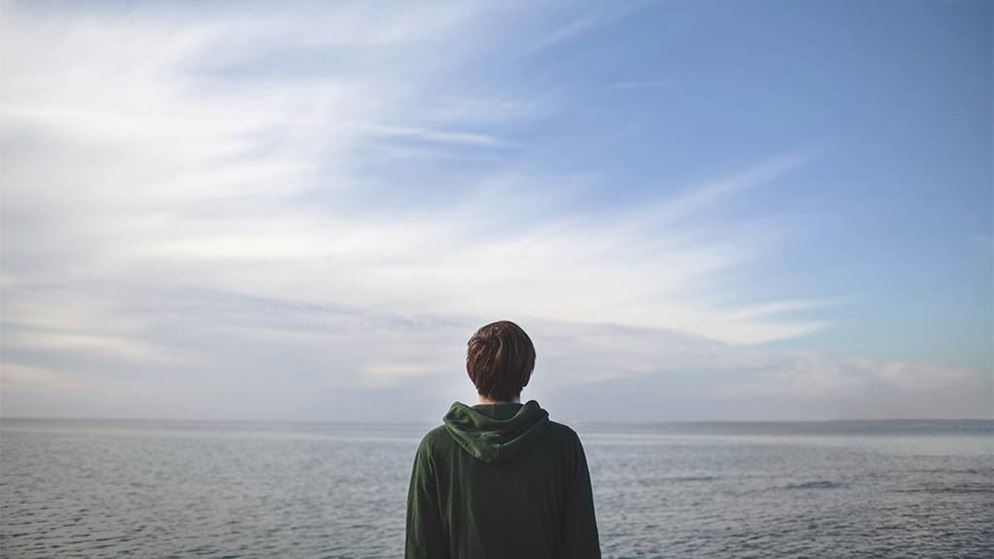 Down but not out

Depression can be a pretty lonely place. But when more than three million Australians are suffering from the illness at any given time, sufferers aren't as isolated as they may feel.

Although symptoms are varied, the positive news is there are also plenty of different ways to treat depression. We take a look at the two main types of depression and how to treat them, including with antidepressants such as SSRIs and SNRIs, CBT and other talking therapy, electroconvulsive therapy and exercise.

The 'black dog' affects everyone differently, but it can still be divided into two main types – melancholic and non-melancholic depression.

This is the most severe kind of depression. It's most common in middle-aged or elderly people, and often strikes out of the blue. Insomnia can be an issue – suffers may wake at 3.00am and not be able to fall sleep again, despite feeling exhausted all day. Weight loss is also common because appetite often disappears – sufferers may have to force themselves to eat.

Melancholic depression often means a total loss of interest and pleasure in activities that used to be fun. Movements can be slow, or they may become agitated – like pacing or wringing hands.

Thankfully, melancholic depression responds well to the right kind of treatment, which usually includes the more powerful classes of antidepressants. Talk therapy alone – i.e. psychotherapy – is unlikely to be effective, while weaker antidepressants may or may not help.

This is less severe and much more common. With non-melancholic depression, a person is unhappy most of the time but their mood may lift occasionally – for example, when distracted by work or socialising. Untreated, it still saps the pleasure from life and damages the ability to work and have successful relationships.

People with either kind of depression may often think about death and even attempt suicide.

Antidepressants reduce the destruction of serotonin and noradrenaline – two different compounds in the brain. These "neurotransmitters" allow brain cells to communicate with each other, especially about emotion. They're usually reduced in the brains of depressed people, meaning the brain doesn't function normally.

Antidepressants aren't addictive and don't damage the brain, even when taken continuously for many years. In fact, one of their main actions is helping the brain to produce more of its own natural "fertiliser" proteins, known as neurotrophins.

Neurotrophins help brain cells repair the damage caused by depression. They also support an increase in the number of connections between brain cells, helping them return to normal levels. The mind uses these richly-connected neural cell networks to think, remember and feel.

Interestingly, other treatments such as psychotherapy and exercise can also boost neurotrophins to some extent.

TCAs are the most powerful antidepressants and also the cheapest. Used since the 1950s, types and brands include nortriptyline (Allegron), amitriptyline (Endep), and dothiepin (Prothiaden, Dothep).

On the upside, TCAs cause fewer sexual side effects than most of the weaker antidepressants, and also help chronic pain. They're also usually the most effective medication for severe depression.

TCAs have a sedative effect so generally must be taken at night. They can also cause dizziness and falls, especially in the elderly. Overdosing is dangerous so users need to be particularly careful to follow their scripted dose.

They're all equally effective with similar side-effects. SSRIs are quite safe, even in overdose, and cause less dizziness in the elderly.

Many people may have less interest in sex than usual or find it harder to maintain an erection or reach climax (sexual health clinics use them to treat premature ejaculation). SSRIs can cause "fuzzy head" syndrome, meaning people feel less depression but less of everything else as well.

SNRIs are a newer class of antidepressants, types and brands include venlafaxine (Effexor) and duloxetine (Cymbalta).

SNRIs have similar side effects to SSRIs and seem to be roughly as effective, although venlafaxine at a high dose can also be effective in more severe depression.

Used alone or in combination with medication, talking therapies can help you develop tools to use in the long term. There are three main psychotherapies used in Australia:

This is the most accessible option with many psychologists and some psychiatrists offering this type of therapy. CBT focuses on learning to spot negative thoughts as they occur and replacing them with a more realistic way of thinking. The therapist may also help the person unearth and challenge any deep-seated negative assumptions they may have about themselves and the world. By the end of treatment the person should have learned some valuable skills to apply in life, ideally to prevent further depressive episodes.

There are fewer trained IPT practitioners in Australia than for CBT, but IPT is equally effective for treating depression. It works on the premise that interpersonal problems may either be causing the depression or are preventing it from getting better. The therapist helps the person identify one or two problems that are making their life difficult and learn techniques to address them – such as improved communication skills or actively expanding their social life.

Famously used by Sigmund Freud in the 1930s, analytic psychotherapy is still popular today. It involves one or more sessions per week, often for years, delving into the past – especially childhood – to find reasons for problems in the present. It's very challenging work for both the patient and the therapist, and less useful for simple depression in an otherwise well-adjusted person. It is more helpful when significant childhood problems have resulted in chronic unhappiness and instability.

Both CBT and IPT have been proven to be as effective as antidepressants for mild to moderate depression. For the more severe melancholic form of the illness, they remain useful after the person has recovered enough – with the help of a powerful antidepressant – to be able to think clearly.

Other treatments for depression

ECT is an option if alternative treatments fail, or if the depression is particularly severe.

ECT works in the brain in a similar way to antidepressants, by restoring the levels of neurotransmitters to normal and boosting the brain's own neurotrophins. ECT does these things much better than tablets and is more likely to treat an episode of depression successfully. Most people need eight to 12 treatments to get better, and these are given two or three times a week under a general anaesthetic in hospital.

ECT's main serious side effect is potential memory loss – many people won't store new memories while being treated – though this ability generally returns to normal pretty soon after treatment finishes.

Clinical trials have found St John's wort improves symptoms more effectively than a placebo for people with mild to moderate depression over a period of one to three months. It's also been found to work just as well as tricyclic antidepressants and SSRIs in some cases. The trial had some issues – there was a lot of variation in what dosage the pills contained and how they were made – which could well explain the large variation in how well it worked in different studies.

The biggest issue with St John's wort is that it interferes with other medications, including contraceptive pills, simvastatin, triptans, anti-epileptics, warfarin, some HIV drugs and other antidepressants. Always let your GP or specialist know if you're taking St John's wort.

It's also important to note that the preparations you buy from pharmacies, health stores and online may also not be the same as those in the test.

Exercise, relaxation techniques, yoga and meditation can all help alleviate depression, but motivation can be a big stumbling block for a depressed person who's feeling lethargic and unmotivated.

It's worth persevering because exercise boosts serotonin levels and neurotrophins. Sufferers who exercise about five times a week can greatly improve mild or moderate depression.

Where to get help

The first stop for most people is their GP. A GP can prescribe the appropriate medication and may also be trained in psychotherapy. Your GP can also refer you to a psychologist.

Under the government's Better Access scheme, patients can receive Medicare rebates for 10 individual and/or 10 group sessions per calendar year with a psychologist or occupational therapist, or a social worker who's had appropriate training in mental health services.

When to see a psychiatrist

If treatment doesn't progress well or if the depression seems particularly severe many GPs will refer patients to a psychiatrist. Their fee attracts a Medicare rebate, but not a rebate from private health funds.

This option can be costly. Psychiatrists and psychologists can charge more than the Medicare fee if they choose – sometimes considerably more – so ask how much the gap payment will be when booking an appointment.