What you need to know about flu shots

Getting a flu shot may help ensure you're not one of the many thousands of people laid low by influenza this year. 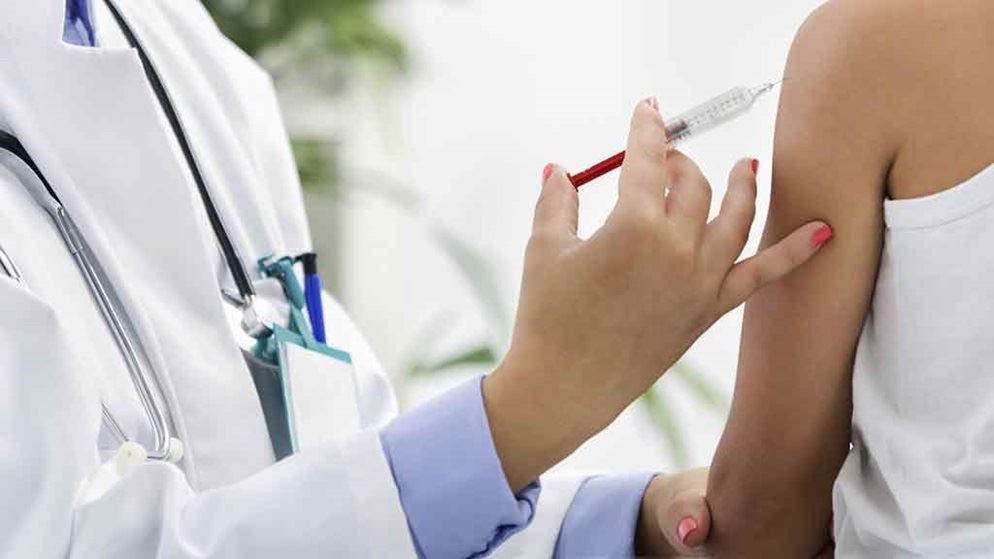 Worse than the sniffles

No one enjoys being knocked out with the flu, but for some people the symptoms can be far worse than a few miserable days in bed.

While this year's flu season isn't expected to be as bad as 2017, health authorities are encouraging as many people as possible to get vaccinated.

Flu shots at a glance

The influenza virus is constantly changing, so the flu vaccine changes every year to keep up with the most common strains.

For babies over 6 months, children and adults up to 65, quadrivalent vaccines contain four influenza virus strains:

For adults 65 and older, there are two trivalent vaccines which have been boosted or augmented to provide enhanced protection. They contain:

These strains were determined last year, based on predictions for the coming season.

The World Health Organization (WHO) has 100 national influenza centres worldwide and four collaborating centres (including one in Melbourne) which analyse viruses from around the world. The WHO convenes two meetings each year, in February and September, to review the findings of the centres and recommend which vaccine formulations should be used in the northern and southern hemispheres respectively. It then takes about six months to manufacture the vaccines.

How effective is the flu vaccine?

Last year's flu vaccine wasn't very effective, with around 30% overall effectiveness rating – worse for older adults but better for children and younger adults. Experts say that the H3N2 virus that caused many problems in 2017 in Australia and other countries is much better covered by the 2018 vaccine.

Previous experience has shown that even if you do get the flu, the symptoms won't be as severe as for those who weren't vaccinated.

Many people mistake a bad cold for the flu, and may think they have the flu, "even though I got a flu shot".

When should I get it?

Experts say the best time to get the flu vaccine is in late autumn, ideally late April to early May - the government's National Seasonal Influenza Vaccination Program, with free vaccination for eligible people, begins mid-April. This timing provides optimal protection for the peak flu season, which is June to September. That said, flu viruses are around at all times of the year, so even if you're a little late, it's still worthwhile.

Will the flu vaccine make me sick?

The influenza virus components in the vaccine have been killed, so you won't get the flu as a result of having a flu shot.

Some people experience some mild flu-like symptoms for a day or so afterwards – it's not uncommon for the body's immune system to react to vaccination.

Or perhaps, given that vaccination time is also the time of year when coughs and colds are starting to take hold, you could be suffering from another virus.

Who should get the flu vaccination?

Health authorities are encouraging everyone who can have a flu shot to get one. High rates of immunity in the population – so-called herd immunity – help stop the spread of the disease, and protect those who can't be vaccinated.

Certain vulnerable groups are eligible for free vaccination as part of the National Immunisation Program:

But anyone who wants to avoid getting the flu should get a flu shot, and it's especially recommended for:

Who shouldn't get the flu vaccine?

If you've ever had a serious allergic reaction (anaphylaxis) to a flu vaccine or any of the ingredients in it, you should discuss this with your doctor.

The vaccine is considered safe for people with egg allergies, but if you're concerned, speak to your doctor and have the vaccine where there are staff who can recognise and treat anaphylaxis.

If you're already ill with a fever, wait until your symptoms subside before being vaccinated.

Can babies and children get vaccinated?

Babies under 6 months can't be given the flu vaccine. However, pregnant women can get the vaccine, and this will also protect the baby, including for the first few months after birth.

Children as young as six months can be vaccinated against the flu. There are different vaccines for different ages, so if you're booking an appointment, tell them the age/s of the child/ren to ensure the appropriate vaccine is at hand.