The story of chocolate

Chocolate is delicious, and might even be healthy, but does its production leave a bad taste? 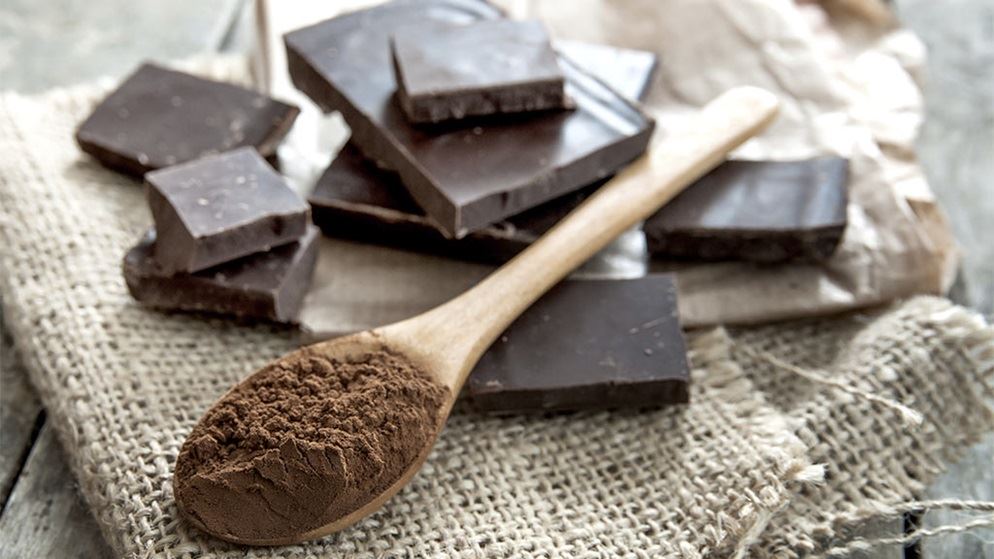 We love chocolate, but does it love us?

The good news about the health benefits of chocolate keeps piling up, while the range of fair trade and organic chocolates in supermarkets and health food stores is growing exponentially. Chocoholics finally think they have valid reason to indulge — and with a clear conscience. We give you the facts behind the hype.

How is chocolate made?

Cocoa comes from the cacao tree, theobroma cacao. It originated in the rainforests of South America, but is now grown all over the tropics, including in Australia. There are several varieties of cocoa. The most common variety is forastero. Criollo and trinitario (a cross between forastero and criollo) are generally considered to be superior varieties.

Cocoa beans grow in large pods (botanically they're actually berries and the beans are its seeds). After being hand picked, cocoa pods are husked and the beans removed. If they're left too long in the pods, the beans start to rot or dry out.

The beans are then allowed to ferment for a length of time determined by the type of bean. Fermentation affects the chemical composition of the cocoa, and has to be done correctly for optimal chocolate flavour.

The beans are then dried, which reduces their acidity and water content. If they're dried too slowly they may go mouldy; too quickly and the acid levels remain too high. Some companies use substandard beans, inevitably resulting in lower-quality chocolate.

To make dark chocolate, the cocoa liquor is mixed with more cocoa butter, sugar is added and often vanilla. The product is then 'conched', a kneading process that improves its flavour and texture. The longer the conching, the better the quality of chocolate. Time is money, so some companies reduce conching time to reduce costs.

Finally, the chocolate is tempered — heated, cooled and heated again, with frequent stirring — which gives it a glossy finish and a good snap. Faults in this process show up in the appearance of the chocolate — rather than glossy, it's dull, may have white spots (fat bloom) or a greyish film. It's then poured into moulds to create the finished product.

Our article on the best chocolate brands will help point you in the right direction.

European Union regulations set out the maximum permissible levels of pesticide residues in cocoa, and effectively bans the use of certain pesticides, including lindane, diuron, malathion and DDT, on cocoa plantations. These and several others on the list have long been banned or severely restricted for agricultural use in many developed countries, but are still used in developing countries.

While beneficial for consumers, this is great news for cocoa farmers, who are exposed to greater amounts of poisonous pesticides when mixing and applying them. They also come into contact with through accidental spills, inhaled spray drift and drips from drenched leaves, while ground run-off affects drinking water. Cocoa farmers aren't always properly trained or equipped to use these chemicals safely, and many are illiterate and unable to read directions.

Apart from pesticides' effects on people in and around plantations, many are also highly toxic to fish, amphibians and beneficial insects such as bees — its use impacts on the surrounding ecosystems and other agriculture.

Pesticides considered benign to chocolate consumers are still permitted, provided they meet the residue guidelines. That's great for consumer confidence, and given that much of the chocolate sold in Australia comes from cocoa beans processed in Europe, that covers us.

But some of those still permitted for use can be pretty nasty for cocoa farmers and the environment. And who is to say that the chemicals still approved for use won't prove problematic in the long term? Many argue that the only safe option is to buy organic — for the sake of the farmers, if not yourself.

Some farmers grow cocoa using organic farming methods, which eliminates the use of toxic synthetic pesticides. Growers benefit from better physical health due to reduced exposure to agricultural chemicals, while sustainable farming methods and healthier ecosystems ensure the long-term viability of the enterprise - and therefore earnings.

At present less than one per cent of world cocoa production is organic.

As well as the health problems associated with conventional cocoa farming, workers are also subject to the vagaries of the international commodities markets and fluctuating prices of cocoa. Indentured or slave labour and child labour are also not uncommon.

Awareness of these conditions in developing countries is rapidly growing and fair trade-certified products are becoming more popular and readily available in supermarkets, health food stores and ethical products traders. Even big brands like Cadbury are getting in on fair trade - its plain Dairy Milk range is certified fair trade.

The aim of fair trade is to give farmers and workers in developing countries a fair go by paying the producers a fair price for their work. It involves a labelling system that guarantees that certain fair trading standards are met at every stage of production, and ensures that part of the profits generated from a price premium will go back to the farmers and their communities.

There are several certification schemes that have fair trade or social responsibility components, and all have different requirements — some more stringent than others. There are also companies, particularly small ones, that claim to operate according to fair trade principles, but don't obtain certification because they say costs of infrastructure and auditing would create too great a financial burden on producers and consequently buyers.

Media reports in recent years have elevated the status of chocolate from guilt-ridden treat to functional food. Yet with more than 40 per cent fat, including about 26 per cent saturated fat, and almost 30 per cent sugar, it's extraordinary that even dark chocolate, which is considered healthier than milk chocolate, could be considered remotely healthy.

Studies researching the benefits of both cocoa and high-cocoa chocolate have shown that it:

Given the positive health findings, it's not surprising that chocolate is being promoted — especially by chocolate companies — as a deliciously useful part of the diet for improving cardiovascular health. Yet many health professionals have hesitated to embrace chocolate as the new cure-all superfood.

Some of the main reasons for skepticism are:

All in all, the evidence suggests that eating a small amount of dark chocolate won't do much harm, and may do some good. If you enjoy strong dark chocolate, you get more of the good stuff — cocoa — and less of the sugar, and your chocolate craving should be satisfied with less. And if you substitute plain dark chocolate for junk food, you may well come out ahead health wise.

On the other hand, there are plenty of other, perhaps healthier, ways to boost your flavonoid intake: fruit and vegetables give you the added benefits of fibre, vitamins and minerals, while straight black or green tea gives you a kilojoule-free antioxidant boost.