Is saturated fat as bad as we've been led to believe? 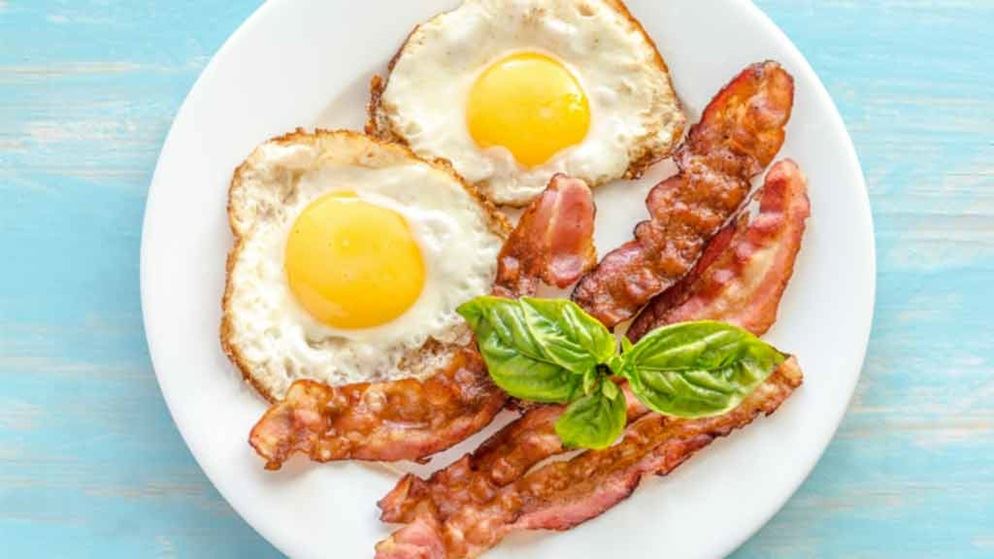 Cutting through the fat

Over the past couple of years there's been a flurry of studies and opinion pieces suggesting that saturated fat has been unnecessarily demonised. The ABC TV show Catalyst controversially weighed in on the debate, featuring interviews with commentators who suggested there was no significant evidence that saturated fats increase the risk of heart disease.

Around the world, headlines like "Everyone was wrong: saturated fat is good for you" popped up, offering the seductive message that saturated fat is no longer an enemy of good heart health. But should we welcome lashings of pork crackling, pizza, butter and full-fat cream back into our diets?

The answer is no.

"The truth is that the considered scientific opinion, which recommends confining the intake of saturated fat to about eight per cent of your daily energy, has served us well," says Associate Professor David Sullivan, from Sydney University.

"Over the last 40 years we have succeeded in reducing the incidence of heart disease and stroke by two-thirds in developed countries. As well as factors such as lowered rates of smoking and better treatment, a constant feature of the dietary guidelines throughout this period has been saturated-fat restriction."

So where did this interest in rewriting widely accepted dietary guidelines recommending reducing saturated fat come from?

The notion that a diet low in saturated fat does not reduce the risk of cardiovascular disease caught the attention of the media, but nutritionist Dr Rosemary Stanton argues that much of the media response to the issue has been misleading, confusing and taken out of context.

"Unfortunately the conservative tried-and-tested advice to limit saturated fats is unappealing to the media, which likes to jump on 'new' information," agrees Sullivan. "There are also parts of the food industry which would benefit from the relaxation of public concern about saturated fat."

On top of this, some of the information that fed the pro-saturated fat frenzy was simply opinion pieces rather than scientific research, says Stanton, and other reports used questionable methodology.

One example, published in the Annals of Internal Medicine this year, raised the ire of Dr Walter Willett, chair of the Department of Nutrition at Harvard School of Public Health. He declared the piece contained "major errors and omissions" and that its "conclusions regarding the type of fat being unimportant are seriously misleading and should be disregarded".

There's nothing wrong with current dietary advice to reduce saturated fat, explains Sullivan. Unfortunately, this advice has often been misinterpreted to mean avoiding all fat rather than just saturated fat.

"There is consistent evidence that cutting back on saturated fat can be good for health if people replace saturated fat with unsaturated fats wherever possible," says Sullivan. "Replacing saturated fats with healthier monounsaturated and polyunsaturated oils provides essential fatty acids which control inflammation, consistent with the best available dietary advice for lowering the risk of other major chronic diseases, including cancer."

One of the problems with the desire to avoid all fat is that, over the last four decades, people have been choosing low-fat processed foods in which fat is replaced with salt, sugar or low-fibre refined grains (low-fat yoghurt, for example), rather than increasing their healthy fat intake or eating more fruit and vegetables.

The whole debate highlights the fact that it has become fashionable to demonise individual nutrients or food groups as unhealthy and to try and exclude the particular component from the diet, says Stanton.

"However, whether it's fat, gluten, grains, sugar or dairy products, the idea of removing one nutrient or food group in order to achieve better heath or easier weight loss is problematic and unsustainable," she says. "The key to a good diet is a wide variety of foods and moderation of less healthy foods."

When consumers are bombarded with dietary advice from many sources, it can be very confusing, says Stanton. She urges consumers to look for information from reputable sources rather than what is reported in newspapers, blogs and various websites.

She also recommends trying to gauge whether the person writing the article has any conflicts of interest such as products to sell or commercial affiliations with food companies. She points out that three of the four US 'experts' interviewed on Catalyst had a conflict of interest as they also sold alternative health products.

It's not glamorous, but the Australian Dietary Guidelines offer the best source of dietary advice, says Sullivan.

"We need to keep reinforcing the message that saturated and trans fats should be minimised, along with nutrient-poor, energy-dense foods such as sugar, refined carbohydrates and
alcohol."

At the same time, instead of focusing entirely on what not to eat, we need to reinforce the idea of making positive food choices, he suggests. This includes eating plenty of fruits and vegetables (which are high in fibre and other nutrients but low in kilojoules), complex carbohydrates such as whole grains, low-fat dairy and lean unprocessed meats.

The Mediterranean-style diet reflects this desirable eating pattern, says Sullivan, as it's low in saturated fat and higher in mono- and polyunsaturated fats, found in olive oil and vegetable oils. Traditionally, Mediterranean populations would eat six or more serves of fruit and vegetables a day and small amounts of meat, fish, poultry, dairy, whole grains and moderate amounts of red wine. Sweet desserts would be confined to festive occasions.

Fat facts: the good, the bad and the downright ugly

Almost all foods contain some fat.

Saturated fats are solid at room temperature and are mainly found in animal products, but there are also plant sources, such as coconut oil and palm oil. As well, saturated fat is found in full-fat dairy products, fatty meats, sausages and in the processed vegetable oils used in biscuits, cakes, pastries, snack foods, confectionery and fried take-away foods.

The advice to limit saturated fat is given because it has been found to raise levels of "bad" LDL cholesterol in blood. When there's too much LDL in the blood, it can form sticky deposits (plaque) in the walls of the arteries throughout the body, which can narrow them, limit blood flow and increase the risk of blockages. If this happens around the heart, it can cause a heart attack. If it happens in the brain it can cause a stroke.

In contrast, "good" HDL cholesterol has been described by Harvard School of Public Health's The Nutrition Source as "the garbage trucks of the bloodstream" as they scavenge cholesterol from the bloodstream, from LDL, and from artery walls and ferry it back to the liver for disposal.

In general, the lower your LDL and the higher your HDL, the better your chances of preventing heart disease and other chronic conditions.

Monounsaturated fats are found in high concentrations in olive, peanut, and canola oils, avocados, nuts such as almonds, hazelnuts, peanuts and pecans, and seeds such as pumpkin and sesame seeds.

Polyunsaturated fats are found in high concentrations in sunflower, corn, soybean and flaxseed oils, and in walnuts, flax seeds and fish.

Note: Even healthy fats are high in kilojoules and shouldn't be overeaten as they can contribute to weight gain.

Trans fats have no redeeming nutritional features. They increase the risk of heart disease by increasing the "bad" LDL cholesterol, while also lowering the "good" HDL cholesterol in your blood.

Small amounts naturally occur in dairy products, beef, veal, lamb and mutton. However, a major source of artificial trans fats in our diets is processed vegetable fats found in foods such as deep-fried and store-bought baked foods such as biscuits, pastries, pies and cakes. Avoid food with "hydrogenated" or "partially hydrogenated" listed on labels. The process of hydrogenation turns unsaturated fatty acids to saturated, and it's the "partial hydrogenation" that produces the nasty trans fats.

The US Institute of Medicine has declared there "is no safe level of consumption of artificial trans fats", however Australian law does not require trans fats to be labelled on packaging - something CHOICE is calling to be remedied.

Not necessarily, but it's long been thought to be more natural than margarine. Western Star butter, for example, is made from pasteurised cream, water and salt. In contrast, MeadowLea Original Margarine Spread is made with a mixture of vegetable, canola and sunflower oils, plus water, salt, flavour, milk solids, emulsifiers, preservative, food acid, natural colour and vitamins A and D.

But just because butter is "natural" doesn't mean it's healthier. The butter has 53.1g of saturated fat per 100g, compared to 16.5g for the MeadowLea.

Afraid of trans fats in your margarine? The good news is Aussie margarines are virtually trans-fat free.

Butter is delicious, but health-wise it's sensible to save it for when you can really savour the taste.