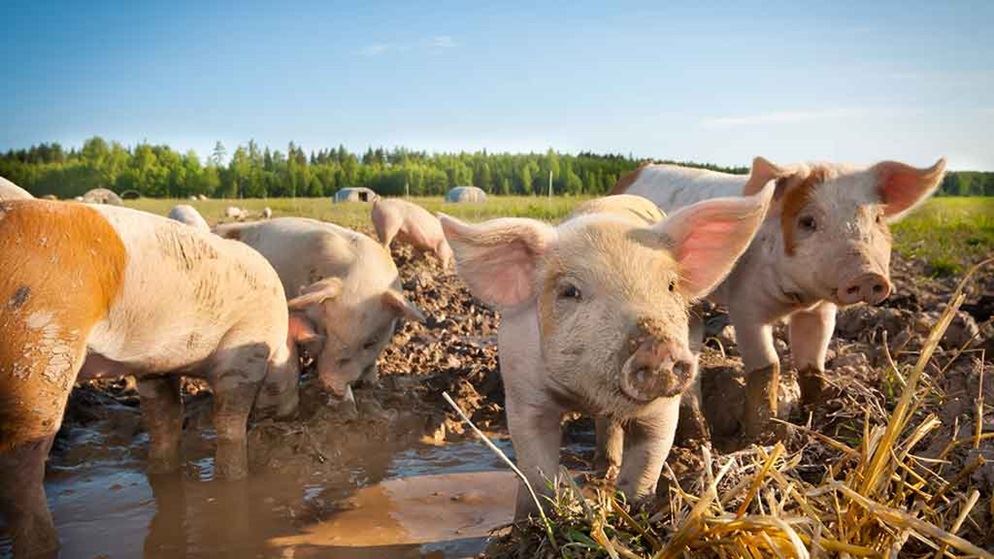 Three of Australia's biggest pork producers have been caught taking liberties with terms like 'free range' and 'bred outdoors' and will now have to correct the misleading labelling.

Pork brands Primo Smallgoods, KR Castlemaine and Otway Pork have all agreed to remove such claims unless the pigs are "able to move about freely in an outdoor paddock on most ordinary days", the ACCC said following its investigation.

Another producer, Australian Pork Limited, has agreed to change the name and logo of one of its products from "Outdoor Bred" to "Outdoor Bred. Raised indoors on straw".

The ACCC investigation also revealed that some traders have been using the terms 'outdoor bred' and 'bred free range' when the description may have been true of the sow (or mother pig) but not the pigs raised and slaughtered to make pork products.

The ACCC's position, logically enough, is that the use of such terms is "likely to give consumers the overall impression that the pigs were farmed according to free range methods".

Otway Pork promoted its products as 'free range' from July 2000 up until December last year. Castlemaine has been doing so since 2008, though the pigs in question were moved indoors three weeks after birth.

Primo Smallgoods has been selling pork products labelled as 'free range' since late 2009, even though the pigs were sourced from Denmark and confined indoors.

"The producers have acknowledged that the conduct may have contravened the Australian Consumer Law," the ACCC said.

An earlier CHOICE free-range labelling investigation found that definitions of free range are particularly fuzzy in the meat industry.

For pigs raised indoors, the Model Code of Practice for pigs requires less than 1m² per 120kg pig. For outdoor pigs, the maximum stocking limits for sows and boars (used mainly for breeding) are 'recommended' in the code, but there are no guidelines around the maximum number of grower pigs (used for meat) that can be kept in paddocks.

So it can be very hard to tell just how much space 'free range' pigs really have.

Approximately 97% of the 4.8 million pigs grown annually in Australia are raised indoors with no outdoor access, our earlier investigation found. About three per cent of pigs are free range or farmed organically.

Read the CHOICE investigation on food credence claims across all food products.