For the perfect mayo, you can’t beat an egg… and oil! 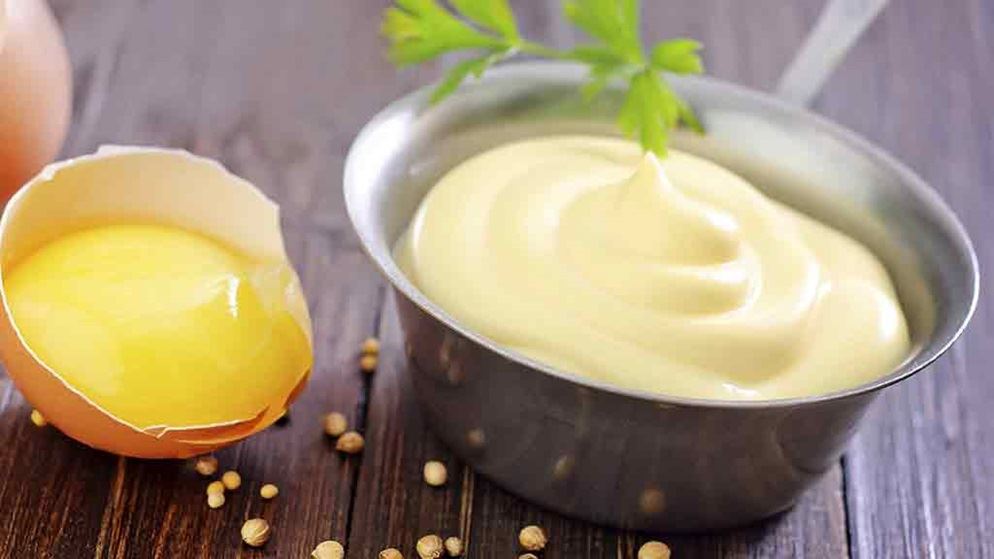 While traditional, homemade mayonnaise is a luscious blend of oil, egg yolk and either vinegar or lemon juice, where the oil is gradually whisked into egg yolks to form a naturally dense, smooth and creamy emulsion, supermarket mayo can be a different beast altogether.

Some products stay close to the traditional recipe, but many skimp on oil and egg and bump up the sugar and additives to compensate, resulting in something that's more like a runny, sweet glue than the creamy, dense sauce traditionalists would offer up.

Prefer to make your own mayo? See our food processor and stick blender reviews.

The features of a good mayo

Previous taste tests by CHOICE have shown that often the best indicator of quality can be ascertained by simply reading the ingredients list on the label.

Basically, no amount of artificial ingredients will substitute for eggs and oil to deliver a great mayo. Ingredients are listed in descending order of proportion by weight, and if oil and egg feature in the first three ingredients, you've usually found a mayo that bears the closest resemblance in both texture and taste to homemade.

Mayos that performed well in our taste tests shared similar features, which gave them an edge over the also-rans:

Fat (sadly, there is no substitute)

Mayo with the most fat (oil) have generally rated highest with our taste testers when examining supermarket mayonnaise. Obviously, more fat means more kilojoules – but when the trade-off is flavour, it might be worth eating a little less and savouring the better taste.

Mayonnaise products described by our trialists in taste tests as "authentic" were most likely to score well overall. So it's not surprising that the ingredients lists of these products closely resemble a traditional recipe, where up to 80% of the volume is oil, with egg yolk the other key ingredient.

Mustard, spices and salt in particular are commonly added to mayonnaise for flavour. However it seems that this is an area where personal taste can play a part in determining the quality of a mayo - some people enjoy some seasoning, while others prefer a simpler recipe.

No fat, no flavour

Reduced-fat mayos in general lack the full-fat flavour despite the use of other additives such as sugar to help mask the lack of taste through the removal of fat.

If you're watching your weight, chances are you'll opt for a 97% fat-free mayonnaise. However for many of these products, the bulk of the oil is replaced with water. And some mayonnaise products that claim to be 97% fat-free have no egg at all.

To simulate the texture and consistency of traditional mayonnaise, thickeners and stabilisers such as xanthan gum and maize starch thickener are added.