Fast food: how many kilojoules does it really have?

Australians want to know what's in their fast food – so we took a look. 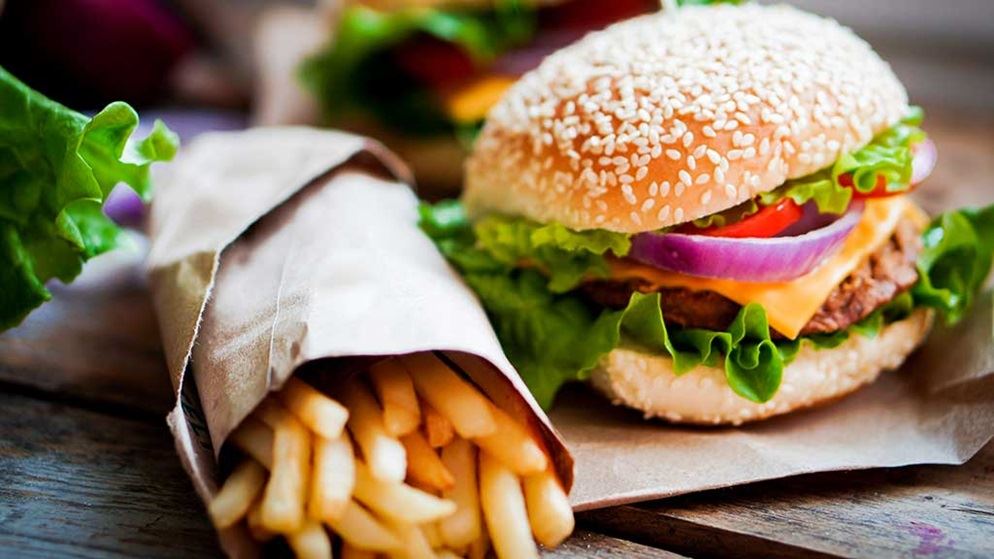 The lure of fast food can be hard to resist, especially when you're on the run. With hungry kids on board, resistance may actually be futile. Sure, there are better food choices out there. But are there faster ones?

Now that some fast food merchants are listing kilojoules on the menu board (and sometimes even throwing in some nutrition information on food wrappers), you at least have the option of checking the health stats before you commit. With the quantities of kilojoules on offer in fast food chains, we recommend you do so.

Are kilojoules on menus important?

A recent study from the University of Sydney looked at the effect of kilojoule labelling on fast food choices by uni students on campus and found that it can shave almost 1000kJ from their average daily diet.

Kilojoule labelling on fast food menu boards is currently only mandatory in NSW, ACT and SA (if there are 20 or more outlets in the state or 50 or more nationally), although the Victorian government has now introduced legislation to implement mandatory kilojoule labelling from 2018. While some of the bigger fast food chains provide kJ information even where it's not compulsory, we think it should be mandatory across the country.

How bad for you is fast food?

The average fast food meal provides about half (47%) of an adult's daily energy requirement, according to Cancer Council NSW.

It's also worth pointing out that more than half of Australian adults and nearly a quarter of Australian children are either overweight or obese and that research has proven that eating fast foods regularly can lead to weight gain due to their overloaded energy, total fat and saturated fat content.

If you're going to eat fast food, you don't necessarily have to wolf down an outsized portion of your daily kilojoules in one sitting. By choosing items based on the kilojoule information on menu boards you can make better (though not necessarily healthy) fast food choices. It's basic mathematics:

And while it might seem blindingly obvious that choosing a smaller serve size will mean you get fewer kilojoules, it's surprising just how many you can save by downsizing rather than ditching your favourites altogether:

And if you're tempted to choose the "meal deal" or upsize your extras because it's better value for money, consider the impact on your health, not just your wallet. By upsizing from a KFC Zinger Burger (1740kJ) to a Zinger Burger Combo (with regular chips and a can of Pepsi, 3308kJ), for example, you pay 36% more but get 90% more kilojoules.

*Percentage daily intakes (DI) are based on an average adult diet of 8700kJ. Your daily intakes may be higher or lower depending upon your energy needs.

Is the nutrition information accurate?

No, we didn't tuck in – tempting as it was. Instead we rushed our fast food feast off to an accredited lab and put the food makers' nutrition information to the test.

What we found is that the nutrients in the 15 foods items tested were more or less consistent with the nutrition information published by the food makers, which is good news for the many Australians relying on such info to make food choices.

How accurate is "accurate"?

Taking a peek at the nutrition data before you tuck in is a good strategy for a nation of expanding appetites and waistlines, but it's important to know that the information won't necessarily be 100% accurate for that particular hamburger in your hand. The companies' disclaimers say the listed information refers to average quantities and that "seasonal variations and differences in product assembly" can affect what's actually in the wrapper, or words to that effect.

The Food Standards Code doesn't specifically prescribe permitted margins of error when it comes to the accuracy of nutrition information panels – it simply requires that published nutrient values represent 'average' values – but variations of +/- 20% are generally deemed to be acceptable, and this allowance was used in a recent NSW Health report on kilojoule labelling. The results from the products we tested generally fell within these limits.

We're pleased that there's mandatory kilojoule labelling on the menu boards of fast food chains in NSW, the ACT and SA, with Victoria soon to follow. And we'd encourage people to seek out additional nutrition info (such as amounts of sodium, sugars, saturated fat) from leaflets, display boards and food wrappers.

But considering the load of kilojoules on offer at cheap prices, we think the remaining states and territory should have a think about our growing weight problem and take up mandatory kilojoule labelling on fast foods as well.