Can you really juice your way to good health?

From Nutribullet to Vitamix, we look at the pros and cons of juicing at home. 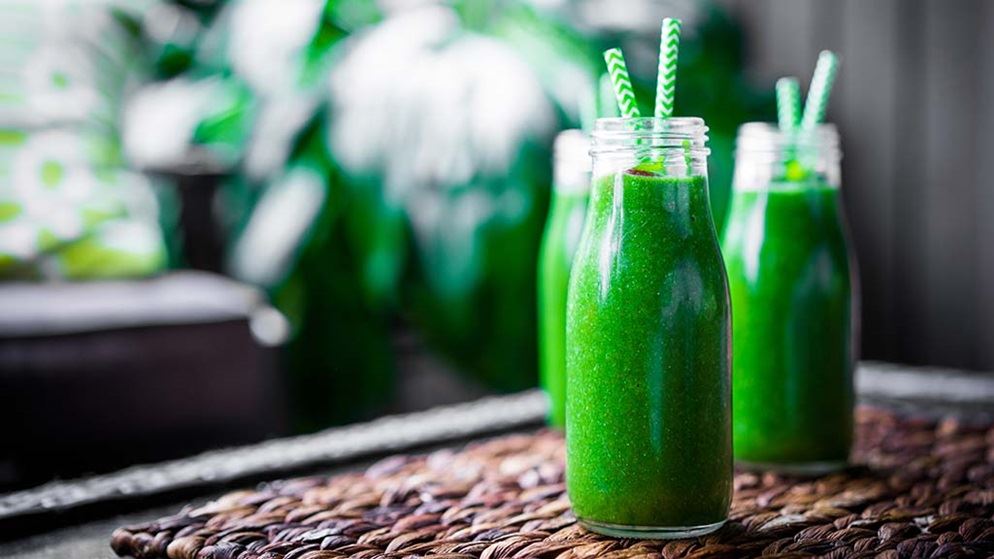 These days it's pretty hard to avoid the cult of the green smoothie. And even more so if you're on social media, where thousands of posts abound of beautiful people sipping fruit and veggie concoctions and hashtagging their #cleaneating ways.

Trends aside, the rise and rise of the single-serve blender is hard to deny. While the original Nutribullet is still one of the most aggressively marketed machines on the market, it now has many pretenders to the green smoothie throne, including the similar sounding Nutri Infusion, the mystical sounding Nutri Ninja, the Miranda Kerr approved Vitamix and many more.

These machines.... sorry "nutrition extractors" (to quote NutriBullet) claim to have an extraordinary range of health benefits from extending your life span to cleansing toxins to helping with weight loss and supercharging your health "in seconds".

Many of the machines also claim to extract the nutrition from fruit and veggies by breaking down the cellular walls of fibrous plant foods, releasing the vitamins and minerals within. Pretty big claims for machines that look like fancy (albeit portable) blenders. To see if the marketing stacked up, CHOICE tested the nutritional claims of the NutriBullet – with some surprising results.

While no one can deny that it's important to get plenty of fruit and vegetables into your diet, is juicing the best way to do this - especially if you're trying to lose weight?

Some studies have shown that juices may not be as filling as eating solid food. And while it's easy to knock back a significant number of fruits and veggies when they are blended and drinkable, trying to chomp your way through the equivalent amount of solid food would take longer and would mean less chance of over-consumption.

During a 21-day study comparing the effect of juices and solid foods on appetite (using 34 healthy, lean and overweight people) those who were overweight reported being significantly hungrier after a standard meal when they consumed juice in the lead-up to it, compared with when they ate whole fruit. The post-meal hunger of people of a healthy body weight was unaffected by the form of the fruit they consumed.

While juice may not help you on your weight-loss crusade, juicing at home can certainly have plenty more health benefits than store-bought juices. When CHOICE investigated store-bought juices and smoothies we found many drinks were sky-high in kilojules and sugar, with one concoction clocking in at almost 2000kJs, which is the equivalent of an average meal. So if you choose to juice at home you get to control exactly what goes into your smoothie, kale and all.

CHOICE reviews NutriBullet and the rest

We also conducted an extensive review of single-serve blenders, priced from less than $50 up to $845, and you might just be surprised which ones performed well. So before you grab your credit card and rush off to buy one of these new breeds of blender along with a bunch of celery, be sure to check out our NutriBullet review.