Is premium yoghurt a healthy, creamy dessert, or full of fat and sugar? 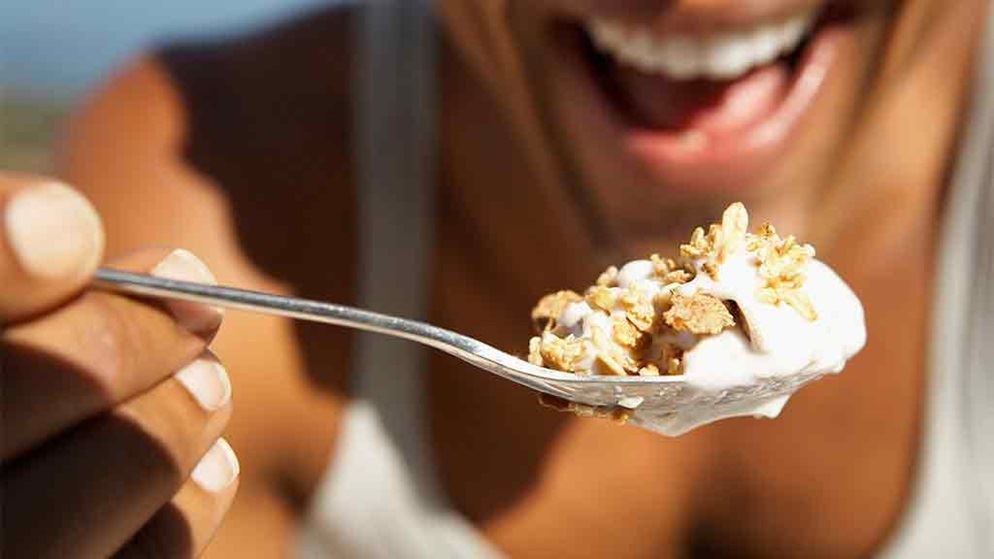 Need a creamy treat without the cream?

Sometimes, there's nothing that hits that sweet spot better than a creamy dessert. Over-indulging in ice-cream, chocolate mousse or crème brulee is rarely a good idea, but there is a creamy dessert you can enjoy without the guilt trip.

Yoghurt has plenty of protein, calcium and B vitamins. A "premium" yoghurt will give you extra creaminess and richness that feels more like a dessert than a health food. But are those extra-delicious premium brands just as healthy as the low-fat varieties, or do they taste so good because they're loaded with fat and sugar?

What is premium yoghurt?

There's no clear definition of premium yoghurt but they'll generally be labelled as "premium", "gourmet", "European style" or "Greek style". They may also be described as "rich", "thick" or "creamy".

All premium yoghurts will probably contain added sugar which boosts their kilojoules, but even the most fattening are likely to have around half the energy content of many other desserts.

In 2009 CHOICE bought 14 brands of premium yoghurt widely available from major supermarkets. We asked 32 regular consumers to rate them for creaminess and overall impression.

Our tasters liked all the yoghurts, but overall they preferred the more expensive brands. The good news is how the yoghurts compared in kilojoules to other desserts.

Three of the top five brands contained plenty of fat and would deliver about eight per cent of your daily energy needs in one hit. The other two, however, were actually low in fat. Their manufacturers used intelligent food science to give the impression of a rich and creamy yoghurt.

Food science at its best

Food scientists have studied what creamy really mean, and it turns out to be far from simple.

We experience creaminess as a range of sensations that give a full and sweet taste that's smooth and velvety. The amount of fat in the food is an important factor, but not the whole story. It turns out that the thickness, or viscosity, of food is also important to making it taste creamy.

Almost all the premium yoghurts in our 2009 test contained additives designed to make them taste creamier, as well as colours and flavours. Only one didn't, but it had the highest level of fat as well as creaminess-boosting vanilla flavour.

The additive used by most brands is chemically modified tapioca starch – hydroxypropyl distarch phosphate (1442). Others include:

You'll often see gelatine listed among the ingredients; it's added to help prevent separation of watery liquid that can form a puddle on top of the yoghurt. (Vegetarians should check the labels as gelatine is an animal product.)

These additives are used in many processed foods, but only in very small amounts and there are no safety issues.