Would you expect almond milk to contain more than 2% almonds? We compare 30 products to see if they offer value for money. 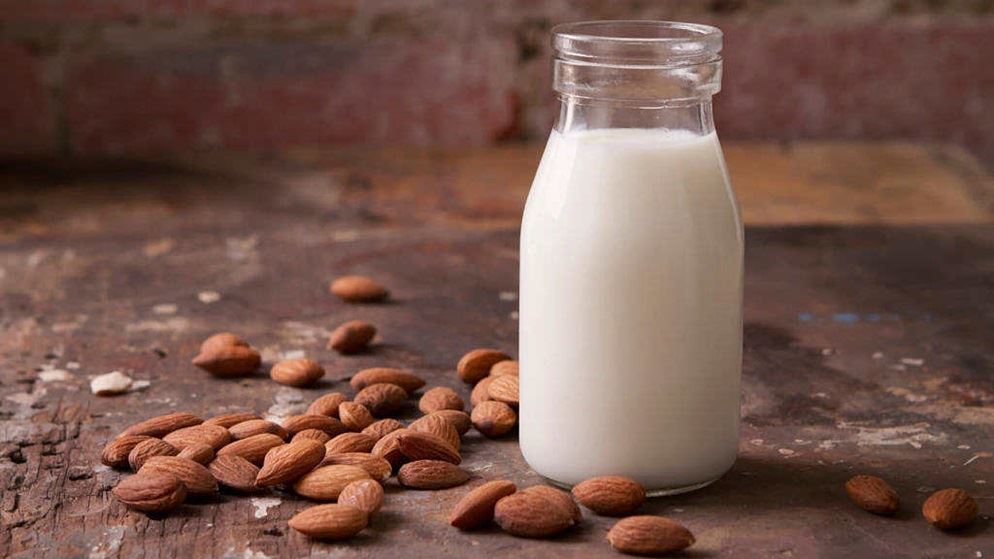 Almond milk is all the rage. In addition to the long-life versions in supermarkets, more boutique brands of fresh almond milk are finding their way into the chillers of grocers, delis and health food stores – some costing as much as $10 a litre.

And there are plenty of reasons for its appeal. It's soy, lactose and dairy-free, so it's suitable for people allergic to soy and cow's milk or who are lactose intolerant, as well as those following a "paleo" or vegan diet. It contains the same heart-healthy fats as olive oil, and is naturally low in kilojoules and saturated fat.

What should you expect from almond milk?

While almond milk may be the current darling of the milk alternatives, you may not always be getting what you'd expect. Some products contain as little as 2% almonds – a fraction of what you'd use if following a recipe at home or using a dedicated machine, such as Almond Cow.

The almond content is relevant. If you're drinking almond milk for the heart-healthy nutrients almonds offer, obviously the higher the almond content the better. But even if you're only concerned about taste, you still want to know you're getting value for money.

If you're using almond milk as an alternative to dairy, but wanting similar nutritional benefits, also look for one that's fortified with calcium – the closer to 115mg per 100mL (the amount that's in cow's milk), the better.

So how do homemade and commercial almond milks compare?

To see what you're getting from a homemade almond milk, we whipped up a batch in the CHOICE test kitchen following a standard recipe of one part almonds to three parts water (without the optional extras) – an almond content of 25%, in other words.

We used a Thermomix to process it – although you could use any food processor (use the maximum liquid capacity disc attachment splatter explosions), super blender or all-in-one kitchen machine – then sent the end product to the lab for analysis.

Almonds (with skin on) are 19.5% protein, according to the government's food nutrient database. So almond milk made from 25% almonds should contain close to 4.9g protein per 100mL - assuming you've managed to extract every skerrick of protein from the pulp before it's discarded. The lab's test results showed that our homemade sample contained an impressive 4.8g protein per 100mL.

In 2017 we took a look at the labelled almond content of 30 commercial almond milk products and found quite a range: from 2% right up to 14%. The details are in the table below.

If you choose your almond milk based on the stated almond content, we suggest you also check the protein value in the product's nutrition information panel to see if the numbers add up.

If almonds are 19.5% protein, it follows that the products made from 14% almonds should contain close to 2.7g protein per 100mL. But according to the labels they contain quite a bit less. In fact, most of the products at the upper end of the scale for stated almond content contain less protein than you'd expect. So why would this be the case?

One thing the products with a stated almond content of 10% or more have in common is that they're made using 'activated' almonds – almonds that have been soaked in water for 12 hours, supposedly to improve the digestibility and nutrition of the nut.

But unless the activated almonds were subsequently dehydrated before they were used to create the almond milk, the ingoing weight of almonds (and therefore the % almond content stated on the label) is inflated by the water absorbed during the activation process.

Variations from the expected protein content could also occur because of the way the almonds are processed, or if they're blended with other ingredients that contain protein.

Feel like a change from almond milk? Check out our Oat milk review.

Of course not everyone has the time or the inclination to make their own almond milk. But if you do, is it better value for money?

To make ours we bought a 500g pack of almonds at our local grocer for $8.99, and the recipe we followed produced just under 700mL of almond milk. Based on these figures, our homemade almond milk cost us around $5.70 per litre. That's more than the average price of the commercial products we looked at, but at 25% its almond content was significantly higher than that of the commercial products (which tend to be 5% or lower).

But it's also worth considering that when you make it yourself you end up with a fresh product, and you can use the leftover almond pulp in cakes, biscuits or muffins so  nothing goes to waste.

Value for money? We'll let you be the judge.

We compared 30 widely available almond milk products. We've listed them below in order of stated almond content, highest to lowest. To order by another criteria, simply click on the column headings. Details are correct as of October 2017.

*% almonds as stated on pack. **Based on price seen online in October 2017. (A) activated almonds. n/a not available

Misleading claims from Almond Breeze in the US

In the US, a class action lawsuit filed against Blue Diamond Growers – makers of Almond Breeze almond milk – argues that the company is leading people to believe that its product is mostly made from almonds when in fact it's predominantly water. The total almond content isn't labelled on Almond Breeze in the US, but in Australia the product label states that it's 2% almonds.

The lawsuit argues that while most consumers understand that almond milk will contain some water, they would expect the almond content to be more than 2% – particularly as most almond milk recipes on the internet call for one part nuts and three or four parts water (an almond content of 20-25%). The suit asserts that the phrase "Made from real almonds" and multiple pictures of almonds on the packaging is false advertising.

While the argument sounds reasonable, the outcome of the case is not a given. Back in 2012, the UK's Advertising Standards Authority (ASA) dismissed a similar complaint about a company misleading shoppers by calling its products almond milk when they contained just 2% almonds. It considered that "whilst consumers might not be aware of exactly how almond milk was produced, they were likely to realise that almonds could not be 'milked' and that the production of almond milk would necessarily involve combining almonds with a suitable proportion of liquid to produce a 'milky' consistency".

How to make almond milk

A quick online search returns many different recipes for almond milk. This is the one we followed to prepare our sample: