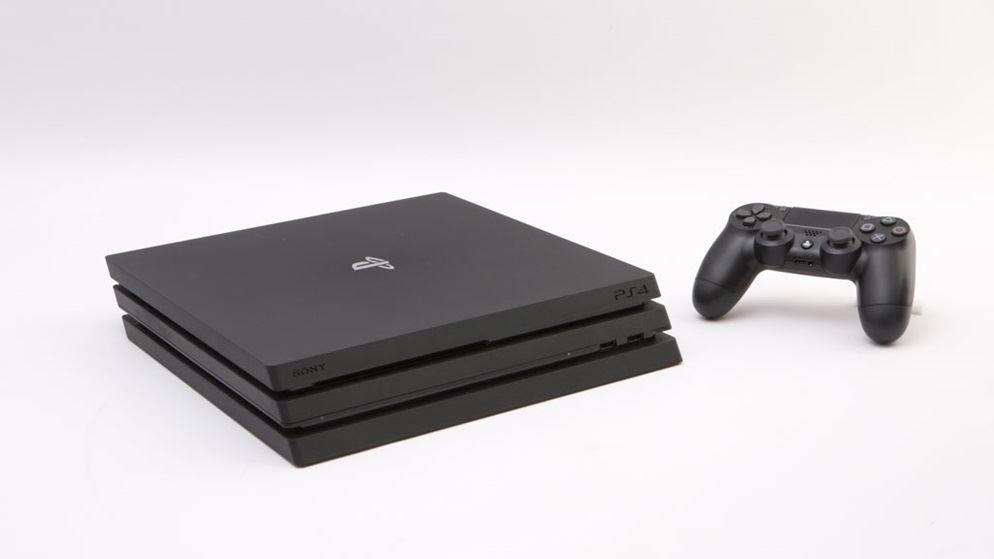 Sony has expanded the PlayStation 4 (PS4) arsenal beyond the base model with its newly enhanced PS4 Pro. While previous iterations of the PlayStation (such as the PS3) have undergone cosmetic changes, the PS4 Pro is the first time Sony has upgraded the system hardware to create a more powerful machine.

It leapfrogged Microsoft's Xbox One S, an upgrade to the Xbox One that was released in August 2016, becoming the most powerful games console at the time of release. But while that title has since been snapped up by the Xbox One X, the extra processing power in the PS4 Pro is still not to be sneezed at. But is it worth the upgrade?

Sony has substantially boosted the PS4's graphics and performance with the Pro, which is built to handle detailed 4K, high-dynamic range (HDR) images. This gives you around twice the resolution of high-definition (HD) along with the benefits of HDR, which creates a more vibrant, dynamic picture that's closer to real life.

It takes a lot of power to process these super-quality images, more than you'll find in the first-generation PS4 and the Xbox One S. The Pro, however, has enough graphical grunt to render games in 4K with HDR and stream 4K video from services such as Netflix and YouTube. The extra power can also cut back on load times and improve general performance across the board.

Of course, these features are largely irrelevant if you don't own a 4K, HDR-compatible TV, and that appears to be the market Sony is after. Early adopters who want the best possible image quality that'll fit nicely into their high-end home entertainment set up. HD TV owners can still benefit, though, as game developers are free to use the processing power boost in other ways. This can include performance enhancements such as a frame-rate increase for smoother animation. The Last of Us: Remastered, for example, gives you the option of playing in 4K at 30 frames per second (FPS), or 1080p at 60 FPS.

These changes are purely cosmetic. Elements such as game play, story and downloadable content is exactly the same on all games across the standard and Pro units.

Looking for some 4K equipment to go with the PS4 Pro? Check out our TV reviews.

How does it work? 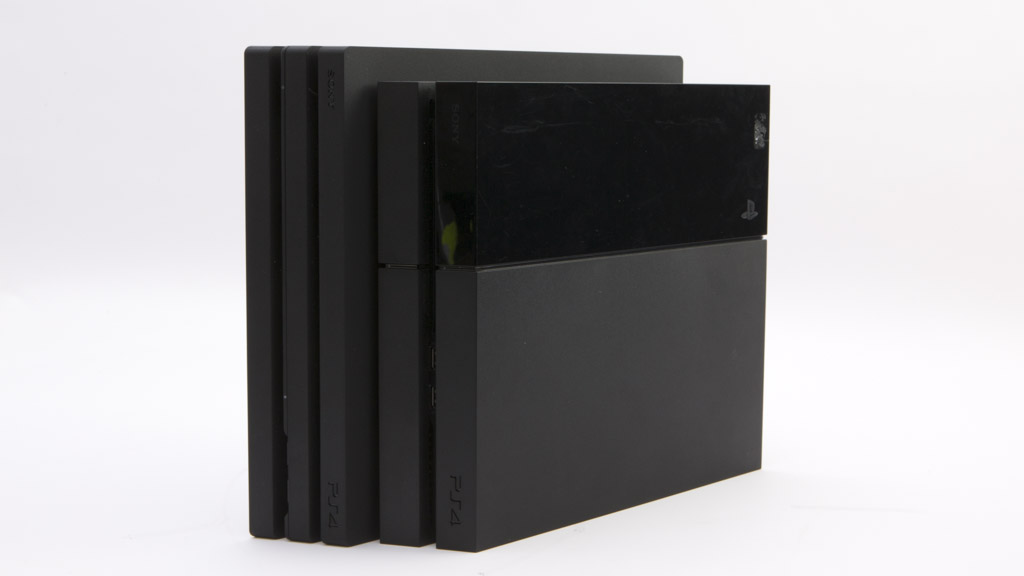 The PS4 Pro (left) compared to the standard model.

But, you can't just pop in a standard-definition DVD and expect an amazing picture. Content must either be made in 4K, or updated to support it, and HDR. This means high-definition content will not look much different on a PS4 Pro, aside from possible performance boosts such as reduce load times. However, Sony has issued a HDR update for all PS4 owners, so while you may not be able play games in 4K, you can still enjoy improved colours if the game supports HDR.

Not long ago, 4K video content was scarce, but now you can find it on many streaming services including Netflix and YouTube. Both companies have updated their PS4 apps to bring this content to consoles now that the Pro can support it. Games are a different story, though. There aren't many native 4K HDR (made for 4K from scratch) titles around just yet. Most games that offered Pro enhancements at launch were patched by developers to fit the higher resolution. This process is called upscaling, but it doesn't look quite as good as native 4K content.

New games will be developed to take advantage of the extra power, and native 4K versions will likely be available as the Pro matures. But what does that mean if you don't want to upgrade? Nothing, as Sony has promised that games will work on all three versions of the PS4 – the standard model, the PS4 Pro and the PS4 Slim, a standard PS4 in a smaller case. While PS4 and PS4 Slim owners may not get the best graphics and performance, the core game play will remain the same.

It's been about six months since the Pro hit shelves, and yet there still aren't many games that take advantage of the extra juice. Most have been upscaled via post-release patches, which show what the Pro is capable of but don't quite make a convincing case for an immediate upgrade. However, the number of games in native 4K (developed in 4K resolution as opposed to being upscaled), is increasing, and one look at these on a decent TV could change your opinion in a heartbeat.

That said, there are very few native 4K games around. Developers typically use various technical tricks to render their game at a higher resolution, beyond its native programming. Most are getting quite good at optimising their games, and while quality varies depending on the game and developer (which has always been the case regardless of console power), most games that promise some kind of 4K presentation will show a noticeable improvement. We tried a handful of popular new titles, including Uncharted, Call of Duty: Infinite Warfare, and Horizon: Zero Dawn more recently, and the difference was apparent, particularly in the case of Horizon.

The increased resolution and processing grunt produces games that are sharper, clearer and much more vibrant. In-game objects, which show jagged edges on the standard PS4 (due to graphical limitations), are much smoother on the Pro, and little details like facial features have greater clarity. Everything just looks cleaner and richer, and actions such as camera panning are smoother. 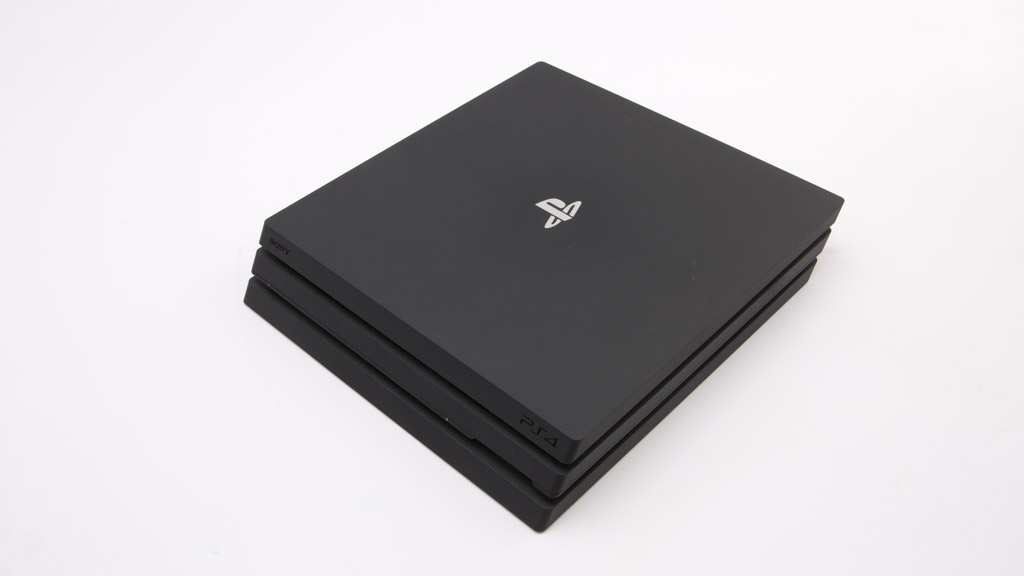 HDR's expanded colour palette can give games a real visual pop, while improving detail between colour gradients. Look at a leaf that's partially in shadow and it's much harder to tell where the different shades of green begin and end, for example. Shafts of light, which are often a weaker point in console-game graphics, look better as well. Although HDR is available on the standard PS4, you can encounter a choppy image during high-speed gameplay. This isn't a problem on the Pro.

The impact on virtual reality games for PlayStation VR (PSVR) is much the same. While it still hasn't reached HD resolution, VR titles look a little sharper and clearer, especially in background detail. On the standard PS4, objects in the distance are usually a blurry mess, whereas the Pro gives them just enough detail to be distinguishable. You can't stare off into amazing VR vistas, but the visual experience isn't as fuzzy or jarring.

Upgrade your sound with new headphones. We test and compare more than 90 models in our latest headphones reviews.

For all its extra power, the PS4 can't create miracles. It can't take classics or un-optimised games and boost their performance. You may see some slight improvements – for example, The Witcher 3 looks a little more vibrant and crisp, with smoother performance and faster rendering as you approach objects. But these changes are so small you really have to look for them.

The real elephant in the room is the Blu-ray drive. Sony has built a console for 4K gaming that can stream 4K video. But while it can play DVD and standard Blu-ray, the PS4 Pro doesn't support 4K UHD discs. Odd, given the Xbox One S, its key competitor, can. 4K streaming isn't exactly a worthwhile substitute either, at least in Australia. Ultra-high quality video requires 25 Mbps (megabits per second), according to Netflix, but the average internet speed in Australian homes is just 8.8 Mbps (as of early 2016).

Sony has overhauled the big black box's design with a matte-style finish that unfortunately looks a little cheaper than the original model (but at least it isn't a magnet for fingerprints). Aside from the CPU, graphics processing and an extra gigabyte of RAM, most of the specs match the PS4 Slim. However, it adds an additional USB 3.0 port for a total of three, a 1TB hard disk drive, 5GHz Wi-Fi and HDMI 2.0 ports. Plus it retains the optical audio port, which was removed from the Slim. You can also upgrade the storage capacity, with a third-party 2.5-inch internal hard drive. 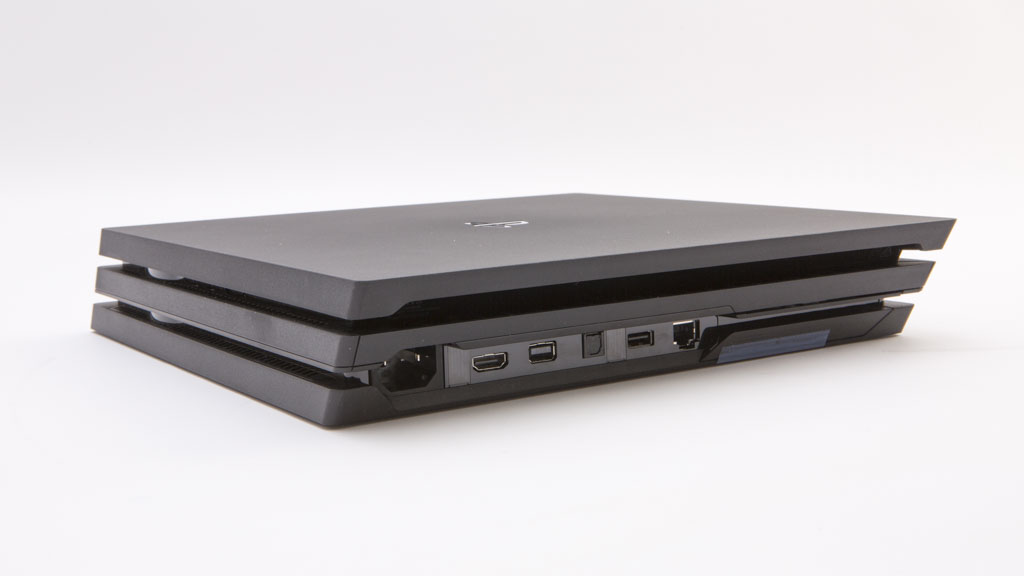 If you don't have a PS4 but you're thinking of buying one, go for the Pro. Even if you're using it on an HD TV for now, it means you'll be ready for 4K gaming in the future. But what do you do if you already own a first-generation PS4? HD TV owners are unlikely to see enough improvements to justify the upgrade. While frame-rate increases show how HD TV users could still benefit from the Pro, most developers are putting their efforts into 4K.

There's also no guarantee as to how these developers will utilise the extra power even after six months on shelves, and that's problematic. Sony hasn't set any standards for PS4 Pro development, and "enhanced" can more or less mean whatever the programmer wants it to. A lot of the time you just have to trust that the developers have improved their games, or do some online research to find out exactly what the changes are. Consumers will come to expect a certain standard of improvement from the Pro, and without one Sony risks damaging consumer confidence.

Most in-game improvements so far range from okay to very good, but you won't find many that present the kind of stark difference that'll make you to race out and grab a PS4 Pro straight away. However, if you own a 4K TV you'll notice plenty of visual enhancements at the very least.

The Pro is an impressive console overall – aside from the lack of 4K Blu-ray support. It'll be some time before it replaces the Slim as the base level PS4, but the library of games that take advantage of the added grunt should be big enough to justify an upgrade by the end of 2017. 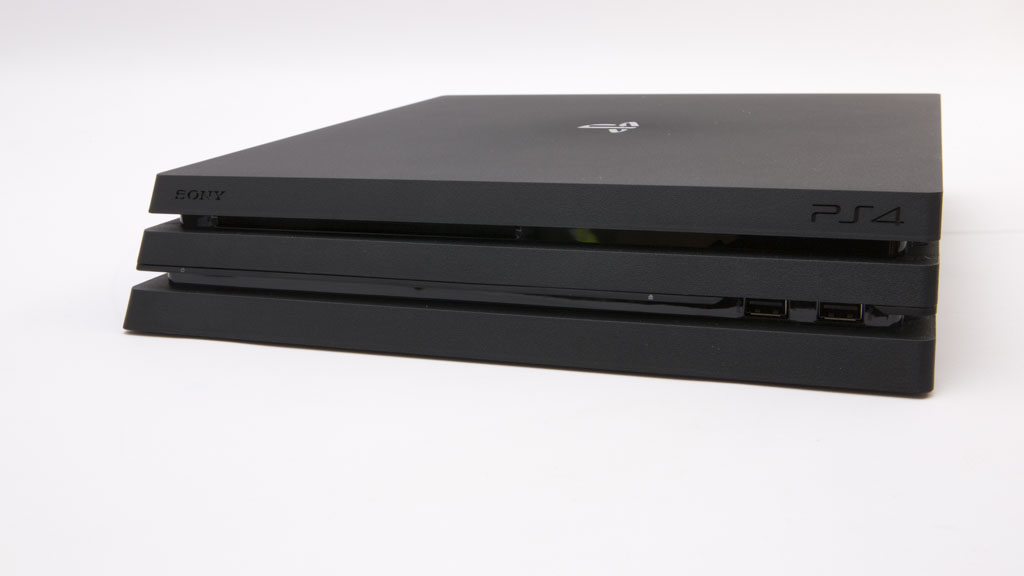