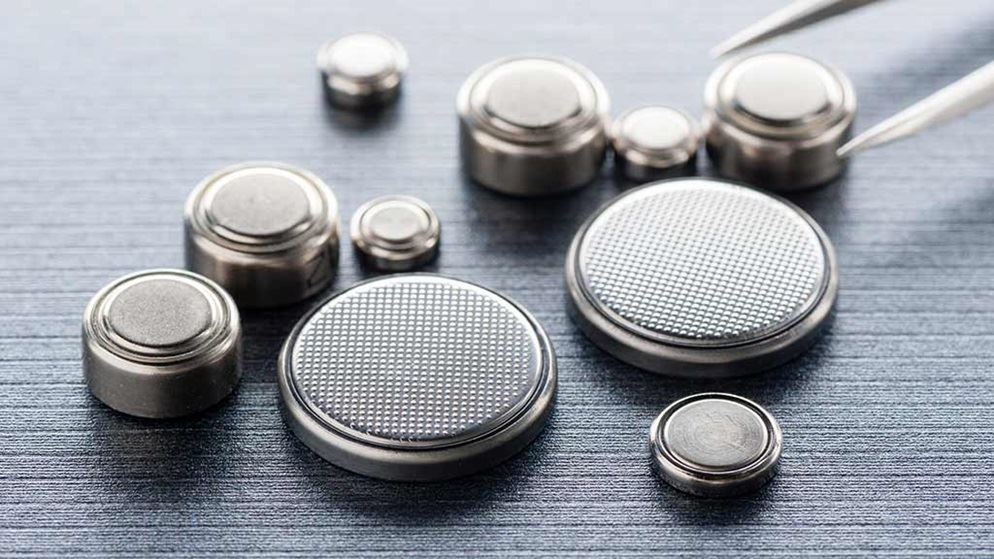 Button batteries are everywhere these days, powering everything from medical devices to musical birthday cards.

But there's a price to pay for the convenience: button batteries have long been a potentially lethal threat to young children, who ingest them at an alarming rate.

The dangers of button batteries

Around 20 children present to hospital emergency departments every week in Australia due to a suspected button battery ingestion or insertion.

In some cases, the damage is catastrophic and can be fatal.

Why is it happening? Button batteries are enticingly shiny and smooth. They're also easy to swallow and can get stuck on the way to the stomach, causing severe localised burning with surprisingly few symptoms.

There have been two button battery-related deaths in Australia to date. In both cases, the parents didn't know their child had swallowed a battery and its source was never found.

In some cases, the damage is catastrophic and can be fatal

The rapid rise of button batteries in the marketplace has happened well ahead of any safety regulations.

Toys designed for children aged under three are legally required to have secured battery compartments, but these are the only products where battery safety is mandated.

Everything else is self-regulated by a voluntary code that makes a number of recommendations, including avoiding the use of button batteries altogether.

As our lab test shows, the industry is largely ignoring this code.

We checked 17 common household items against the voluntary standard, which calls for button battery compartments to be safely secured and for products with button batteries to have warning labels about the safety risks to children.

We evaluated the following criteria:

In 10 of the 17 items we tested, the battery was easily accessed.

Dr Ruth Barker, a paediatrician and director of the Queensland Injury Surveillance Unit who has led the charge for industry to adopt stricter safety standards, says our test results are not surprising.

"Although the products tested may not seem to be the sort of thing a young child would be attracted to, the research shows that children access batteries from a diverse range of common household products," Barker says.

"Sometimes the product is dropped and the battery released, the product is left on the coffee table, car seat, or kitchen bench, and sometimes kids climb or rummage about to find batteries from the most unlikely sources, even several years after the initial purchase. Novelties and cheap plastic products, often sold with a 'this is not a toy' label, are a serious issue, but in general toys are not the main culprit. Quality toys tend to be designed with battery safety in mind."

(Battery was not secured and was easily accessed by our testers)

Which button batteries are the most dangerous?

Larger-sized lithium batteries, about the size of a five cent coin, are the most dangerous types.

They have a 10-year shelf life, are more likely to get stuck in the oesophagus, and still carry enough charge to cause serious damage or death even when they don't have enough charge to power the product they came from.

An updated industry code on button battery safety is expected to be released soon, but so far the industry as a whole has done little to prevent further hospitalisations.

"Button batteries should be treated as a poison," Barker says. "Industry has known about the hazards posed by button batteries for more than 40 years, yet it is only recently that battery manufacturers have started selling batteries in child-resistant packages. Although the poisons information number is commonly displayed on household chemicals, I have yet to see battery packaging that carries this vital information."

Button batteries should be treated as a poison

"Labelling and re-packaging is the easy change to make, and companies are not even complying with this, let alone redesigning their products so that they secure the battery compartment or, better still, use alternative power sources or recharging strategies."

The underlying problem? Australia lacks a general safety provision in consumer law that would require companies to ensure the products they sell are safe before bringing them to market.

Companies are not legally required to demonstrate their products are safe, so many don't.

Button battery injuries on the rise

In its first 15 months the five-year program recorded 17 cases, 13 involving damage to the oesophagus.

"Many of these kids require urgent medical retrieval over long distances and some stay in hospital for weeks," Barker says. "Long term, scar tissue in the oesophagus does not grow with the child so these kids require repeated endoscopic procedures to stretch the scar tissue so they can swallow. Some are left with permanent problems."

In the US, the National Poisons Centre has documented 59 button battery fatalities since 1977 and 240 severe injuries since 1982 from sources around the world. The data was drawn from medical publications and media reports; the real numbers are likely much higher.

In September last year, a two-year-old girl was seriously injured in Australia by a button battery she ingested that came from a blood glucose meter given to her pregnant mum during a hospital antenatal appointment. (A similar Roche blood glucose meter failed our test.)

The toddler suffered significant burns to her oesophagus and required two endoscopic investigations and tube feeding.

Misdiagnosis is a common problem in button battery cases, increasing the health risk. In two of the cases we outlined in our earlier investigation into the hidden dangers of button batteries, the initial diagnosis was Giardia and croup, respectively.

What can consumers do about button battery health and safety risks?