When Allison Rees lost her baby daughter to a fatal button-battery ingestion she took the pain of her loss and turned it into action.

When we talk about the need for safer product laws it can all seem rather academic. Even if you know that lives are destroyed by products that are unsafe, it can be hard to imagine what that really means beyond simple statistics.

One person who knows exactly the devastation unsafe products can bring to a family is Allison Rees. Allison's 14-month-old daughter, Isabella, swallowed a button battery in 2015 and died as a result of the damage it caused when it lodged in her oesophagus.

Like many parents, Allison was not familiar with the potential danger these seemingly innocuous items pose. She didn't know that they could cause the type of injuries which claimed Isabella's life, and she realised that a lot of parents were similarly unaware.

In the face of the almost unimaginable grief she felt at her daughter's death, Allison set about doing something to change that lack of awareness, starting Bella's Footprints, a group dedicated to ensuring everybody understands the potentially devastating effects of button batteries.

It was on a shopping trip that Allison was first inspired to act.

"Three months after Bella died I had gone to the local shopping centre with my husband and four-year-old son. We went to the toy department and, like lots of kids do, my son was playing with the toys.

"Behind us, I noticed there was an entire column filled top to bottom with batteries and the button batteries were placed at floor height."

Allison describes the anxiety attack that she experienced seeing the batteries, how she had to cut her trip short and head home. But she didn't let her distress stop her from acting.

"I went home and contacted the department store's head office and expressed concern at the way they were marketing button batteries, at children's height, easily accessible," she says.

"At the time, the packaging had a perforated back so the batteries were so easy for kids to access."

Allison was also horrified to realise that many packs held multiple batteries, meaning if it were opened by an inquisitive child these dangerous items could be quickly spread around the toy department.

Despite the strength of her concerns, Allison was not optimistic that she would receive a response, but within 24 hours she'd had a phone call from the company's managing director. He organised and implemented a voluntary code across all their stores in Australia.

"They really took it seriously," Allison explains, "and that was the start of it."

The need for education 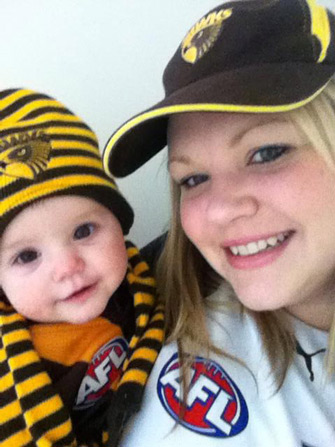 From that point Allison and her family realised they had to do something about these dangerous items that she now realised were everywhere.

"It wasn't just consumers, but retailers too who need to be educated," she explains.

"Retailers were sending the wrong message, so even though the package might say the batteries should be stored out of reach of children, there they were in the shop at kid height. We felt there was a real need for education."

When Allison realised that retailers were open to feedback it gave her a sense of momentum and she contacted lots of them about battery packaging, positioning and marketing.

In August 2015 she also contacted the ACCC and suggested they look at changing the laws to help protect children. She's been working ever since to do what she can to ensure other families never have to go through the same pain she's experienced.

The report from the coroner

Earlier this month the findings from the coronial inquest into Isabella's death were handed down. In her report, coroner Caitlin English noted that while button batteries are innocuous when held in the hand they are extremely dangerous when ingested or inserted internally.

She further noted that their shiny, smooth surface makes them attractive to small children and states that she accepts the view that primary prevention is the most important aspect of treatment when it comes to button batteries.

In her recommendations, English offered her support for the introduction of a General Safety Provision into Australian Consumer Law, stating that, "Such a law would impact on design, sourcing and supply of unsafe consumer products including button batteries and products that contain them, and incentivise their safe supply."

The coroner also noted the tireless efforts of Bella's family in the work they do to prevent further deaths and injuries from button battery ingestion.

For Allison this encouragement was welcome, but it's still not enough.

"It does seem like politicians are starting to realise that there's a need for laws to protect our kids.

"It's been four years since I lost Bella and there have been countless injuries to children because of button batteries. Some can't eat, have breathing injuries, others are paralysed. Something should have been done a lot earlier," Allison says.

"The coroner has called on the health ministers, but will they listen?" she asks. "I'd really love the government to step up on this and do something."

Bella's death is something no parent should have to endure. It's Allison's need to prevent others from experiencing the suffering she's been through that continues to drive her work to raise awareness of the dangers of button batteries.

"I have other children, I have a lot of friends and family with kids and I hope one day my kids will have kids.

"It's too late for Bella, [but] it’s not too late for everyone else and I want to do all I can to protect the kids of Australia.

"As a parent you want to protect your kids and I wasn't able to save Bella. That's why I'll keep fighting to protect all of our children."

How do you know if a product is safe?