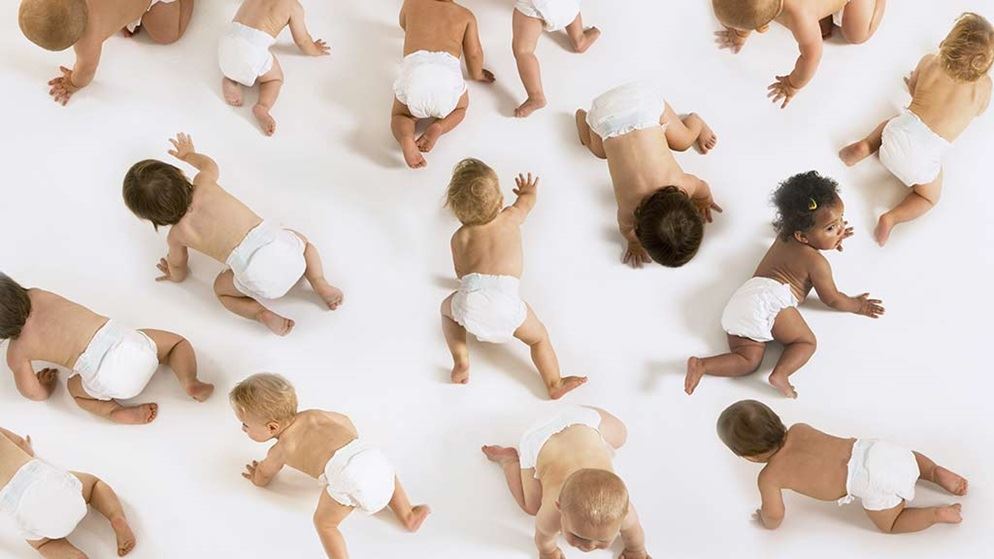 Ten out of 12 portacots tested by CHOICE in May 2018 failed to meet mandatory Australian safety standards, posing suffocation and injury risks to babies, and all 12 failed the stricter voluntary standard.

We estimate that these 12 portacots represent approximately one-third of models currently available through major stores.

"The 12 portacot brands in our May 2018 test all fail to meet the voluntary safety standards, so we don't recommend any portacot products."

Big W has voluntarily recalled its Dymples portacot after our testing found multiple failures to comply with Australian safety standards. It poses suffocation and injury hazards, scoring just 36% overall in our review.

Big W moved quickly to re-test their product and once their own testing confirmed that the Dymples portacot didn't comply with safety standards, Big W immediately issued a voluntary recall of the product.

But nine other portacots we tested failed to meet the mandatory Australian Standard for portable cots, and all 12 failed the voluntary standard, mostly due to suffocation risks. All portable cots sold in Australia must comply with selected sections of the 'Australian Standard AS/NZS 2195–1999, Folding cots—safety requirements'. A more stringent standard was released in 2010, but manufacturers aren't obliged to adhere to it.

Most of the safety failures relate to the portacot mattress either being not firm enough or not fitting snugly inside the portacot base. Soft or poorly-fitting mattresses can increase the risk of sudden unexpected infant death.

The mandatory standard requires that mattresses be sufficiently firm, but doesn't define the test that should be used to assess firmness. We use the test method outlined in the new voluntary standard 'AS/NZS 8811.1:2013 Methods of testing infant products – Sleep Surfaces – Test for firmness' to determine whether a mattress is firm enough to be safe. SIDS charity Red Nose also recommends that parents choose mattresses that pass this test.

While Big W acknowledges its portacot doesn't meet the required standard, other manufacturers claim that their portacots do, even though our testing shows this isn't the case for 10 of the products.

Are you entitled to a refund?

If you've bought a portacot that fails to meet the safety standard, you may be entitled to seek a refund – although you could have a battle on your hands to get one.

"If the product has failed our tests, we believe it does not meet the consumer guarantee laws and people who have these cots should take them back to the manufacturer or retailer to seek a refund," says Sarah Agar, CHOICE head of campaigns and policy.

"People also need to know that it may not be easy to get a refund, which is why our campaign to create safer products is so important."

CHOICE is calling for businesses to be legally obliged to ensure their products are safe before they go on the market in Australia.

"My advice to parents and carers is to always fully research infant products before you purchase," says Susan Teerds, CEO of Kidsafe Queensland.

"Look at the Product Safety website and check for recalls and bans and what standards products meet. And, in fact, if there is any standard at all for that type of product! They might get a surprise to see how many products are not covered by a voluntary or mandatory standard."

Kidsafe shared these tips for safe portacot use:

"If consumers have concerns about any product not meeting a mandatory standard or if they are simply unsure, they should contact the ACCC or their local regulator such as Fair Trading," Teerds says.

"There are also many other portacots available through eBay stores, but we generally advise to avoid these. While they often claim to meet Australian standards, we've found that's not often the case, and one portacot we bought from an eBay store – the Elite Baby All in 1 Deluxe – failed so many tests that we gave it a zero score for performance."

For more information on our tests, see our portable cots review, buying guide and how we test portable cots for an explanation of our scores and results.

We asked each of the companies whose portacots failed part of the safety standards to comment on our results. Some declined to comment, others are re-testing their products, and the rest are standing by their own test results. Here's what they had to say.

"Big W customers have been returning their portacots and have received a full refund and appreciated the notification. The customer response has been positive thus far," says Vanessa Churnin, head of communications and corporate affairs, Big W.

"Meanwhile, we have commenced investigations to determine why the product has now failed testing when the manufacturer had previously provided test reports showing that the product met all relevant Australian Voluntary and Mandatory Standards."

"We have discontinued the item and we aren't selling it anymore, until we bring in a modified version," says Terry Elcheikh, Love 'n' Care director. "We have come up with a modified version of the mattress and we are working with CHOICE to improve the product."

Love 'n' Care tests the portacot overseas where the cot is manufactured, but says it will look into additional testing in Australian labs.

"We have test results from an accredited testing laboratory for the 4Baby Liteway travel cot. The report shows that the product complies with the Australian mandatory standard," says Scott Teal, general manager merchandise and marketing, Baby Bunting.

Teal says Baby Bunting believes the portacot complies with the mandatory Australian standard and is safe. However, the company is commissioning updated independent test reports in light of our findings.

Australia's Power Brands took exception to our way of testing the portacot mattress firmness. (We use the test method outlined in the voluntary standard to determine whether a mattress is firm enough to be safe.)

The Joie cot failed a test relating to the gaps in the corners between bassinet and cot in our testing. The company says the cot passed when tested at an accredited lab in 2015 and that there have been no design changes since then. However, because doubt has been raised about this particular compliance issue, the company plans to re-test the cot.

Babyhood declined to provide a comment for this article.

"The Kmart Baby Solutions Travel Porta-Cot has been tested regularly by internationally recognised and accredited laboratories and has passed the full requirements of the mandatory Australian Standard AS/NZS 2195:1999 which is for folding cots," says a Kmart spokesperson.

Kmart says it offers refunds on faulty products but didn't say whether it would offer refunds for the Baby Solutions product.

"CNP Brands has considered the review published by CHOICE regarding the Childcare Trio 3-in-1 Travel Cot in which the findings and expressed sentiment are in stark contrast to the diligent third-party testing that classified the product above and beyond the mandatory Australian Standard," CNP Brands say in a media statement.

"CNP Brands remains absolutely confident in the safety of the product as reflected by extensive independent testing.

"While CNP Brands disagrees with CHOICE'S interpretations of testing guidelines in their final report, we will consider any opportunities for improvement to ensure we continue delivering first-class products."

Our testing found that the Phil & Teds portacot doesn't comply with the standard because it lacks a firm, flat and rigid base. Phil & Teds disagreed with our findings.

"The Traveller 4 is intended to be used on a firm and flat surface and it is this surface that gives the base the rigidity and firm and flat support. We therefore have a differing interpretation than CHOICE," says Pierre Pradervand, a product compliance specialist with Phil & Teds.

Phil & Teds says the portacot mattress complies with the sleep surface test for firmness (AS/NZS8811.1-2013) and that the Traveller 4 has obtained a third-party verification of compliance to CPN4 plus certification to ASTM USA, SOR Canada and EN Europe.

Our testing found that the Steelcraft portacot poses a finger injury hazard to the person setting up the cot, but Britax's Nursery Product Director Janelle Parkinson says this is only an issue if the instructions aren't followed.

When used without the bassinet, the Steelcraft portacot poses no risk to the child, our testing found. However, the bassinet is supplied with the portacot and represents a limb entrapment risk.

"The Target Holiday Portacot has been tested by an independent accredited third party laboratory and has passed the full requirements of the Australian Standard AS/NZS 2195:1999 which outlines regulatory requirements for portable folding cots," a Target spokesperson says.

Target says it offers refunds on faulty products, but didn't say whether it would offer refunds for the Holiday portacot.

"The Amado Portacot has been independently tested and certified to satisfy all the relevant standards by internationally recognised testing labs Intertek. As such we deem it inappropriate to offer unnecessary refunds," a Valiant Brands representative says.